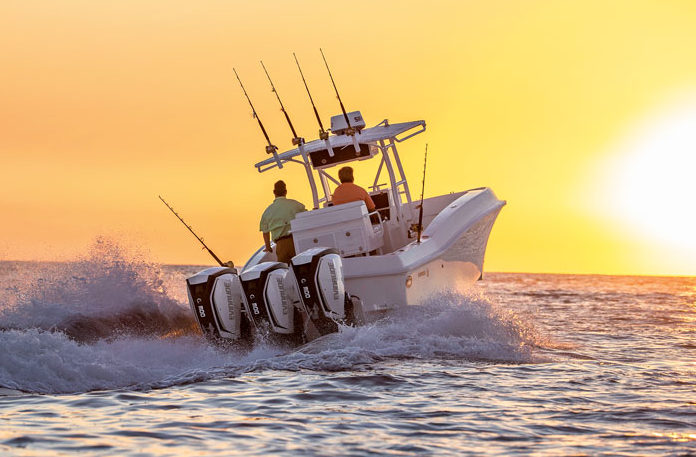 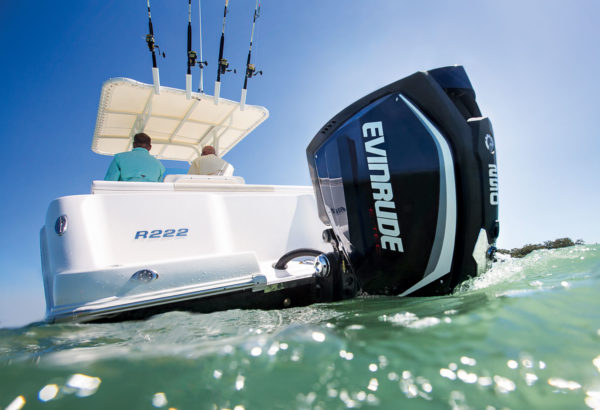 If you are a follower of Evinrude’s E-TEC line of outboards you will know these new generation, technologically advanced two stroke outboards have some pretty impressive stats that dismiss most of the common myths of plaguing two stroke motors. With the addition of three models in late 2019 and receiving an IBEX 2019 Innovation Award it looks as if Evinrude is looking forward to a banner year ahead and is claiming its share of the competitive outboard market.

What horsepower options are available for E-Tec?

This latest generation of E-TEC outboards now covers a wide range of horsepower options. With the introduction in late 2019 of the 3-cylinder E-TEC G2 outboards in 115HP, 140HP and 150HP, these new mid-range motors now add to the existing V6 G2 line. These motors include a high output (H.O.) 150HP V6, a 175HP, 200Hp, 225HP, 250HP and the flagship 300HP outboard. The 200, 225 and 250 models are also available in a high output H.O. variety. The recent introduction of the 3-cylinder outboards fills a void in the performance two-stroke mid-range engines and does so with great fuel efficiency and low emissions.

The Magic of the Direct Fuel Injection System

Evinrude claims its E-TEC G2 outboards “give boaters extended cruising capability and more power when it’s needed.” This is primarily accomplished through the direct fuel injection system common throughout the E-TEC line. The computer controlled direct injection (Engine Management Module) assures the exact amount of required fuel and oil is injected directly into the cylinder at the prime moment to allow for the most efficient burn possible. Controlling the fuel and oil being injected, regardless of speed and load on the motor, assures efficient operation at all speeds and loads and prevents either unburned fuel or oil from entering the environment. This technology also makes these motors environmentally friendly with extremely low emissions that meet worldwide standards.

Despite two-stroke outboards being what many consider old school, Evinrude’s E-TEC G2 two-stroke motors utilize some of the latest technology available. This technology enhances and improves on all the benefits two stroke outboards had over the “newer” four stroke motors. Taking advantage of all the inherent benefits two-strokes typically enjoy such as lighter weight and more initial thrust than their four-stroke counterparts, Evinrude expounds on them and eliminates some of the commonly perceived drawbacks. We all can remember the smoky, dirty and noisy two-strokes of the past but looking at one of these new E-TEC G2 outboards running clearly shows those days are history. They are quiet and clean running.

What’s NEW with the Garmin Chartplotter

The newly introduced E-TEC G2 engines add the 115 H.O, 140HP and 150HP to their lineup. These motors uniquely fill a market segment competing against four-stroke competitors. They feature an in line three-cylinder powerhead with the game changing direct injection. In this format Evinrude claims that its E-TEC G2 115 H.O. outboard offers more torque and fuel efficiency at lower RPS than comparable four-stroke engines. A 20 inch model with remote steering weighs in at 390lbs (177kg). Adding in the built-in hydraulic steering called iSteer dynamic power steering that saves transom space and allows for a clean installation and the weight only goes up to 415lbs (188kg). Ownership of one of these new outboards is also simple and cost effective. Apart from the added fuel efficiency of these economical engines running on 87 octane fuel maintenance costs can be kept to a minimum. There is no break-in period and no dealer scheduled maintenance for five years or 500 hours. The engines are warrantied for five years and they are covered against corrosion for five years. Of course, being a two-stroke there are also never any oil changes as found with their four-stroke competitors. Other features of this line of outboards include digital shift and throttle, iTrim control system, custom color panels and digital instrumentation. All E-TEC G2 motors also have NMEA 2000 connectivity, so you can display engine information on not only the Evinrude engine displays but also many common multi-function displays such as those from Garmin, Navico, Raymarine and others. There is even a tiller version of the 115 H.O. with touch troll controls as well as trim switches. LEDS are used for basic diagnostics as well as an NMEA Connection. The full 2020 line is available in white or slate grey frame with new premium graphics. Two new propellers are also available to consumers.

Which Dinghy Outboard Motor is Right For You?

In a market crowded with excellent outboards Evinrude has offerings that are unlike any of its competition. Its latest line of outboards, including the latest addition of 3-cylinder motors, has expanded on the benefits of yesterday’s two-stoke motors and made them efficient, clean and a viable option for anyone looking to get the most out of the horsepower on their transom. Performance, simple operation, easy maintenance and efficiency make these outboards a choice worth considering.