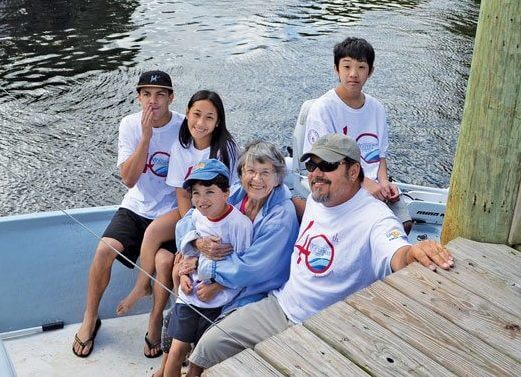 It wasnâ€™t rubies that marked the celebration of the 40th Anniversary Broward County Waterway Cleanup. Instead, it was 40 tons of rubbish! Nearly 2,000 volunteers, ranging in age from 7 to 91, collected this mass of trash, including shopping carts, furniture, a submerged canoe, tires and even a discarded ankle monitor, during a daylong cleanup on March 4.

â€œThis yearâ€™s response was extraordinary,â€ said Phil Purcell, chief executive officer and president of the Marine Industries Association of South Florida, which organizes the annual event. â€œWe had so much cooperation from the Florida Inland Navigation District, several cities and mayors, Broward County, local businesses, and engaged citizens who were willing to step up and pitch in.â€

The Lauderdale Marine Center hosted the volunteer thank you party. This event, known as the Trash Bash, is also where winners of the local schoolâ€™s art and essay contests were announced and scholarships awarded.