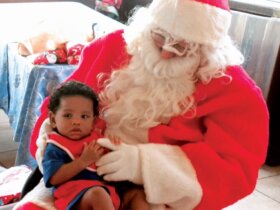 Sunny skies and shifty wind conditions greeted the U.S. Virgin Islands Paralympic Sailing Team as they arrived for the first day of racing at the Royal Nova Scotia Yacht Squadron venue in Halifax. Along with 47 other teams from around the world, Team VI competed at the High Liner Foods IFDS Worlds in an attempt to qualify for the 2016 Paralympic Games in Rio de Janeiro.

The host venue was a daunting challenge for the teams who were vying for the coveted spots in the three Paralympic classes: the three-person Sonar, the two-person SKUD-18 and the single-handed 2.4mR. The U.S. Virgin Island team competed in two of the three classes.

Competition throughout the six-day event was stiff with 24 countries represented at the event.  Forty-nine sailors were vying for the 2.4mR title.  Fourteen teams raced in the SKUD-18 fleet and eighteen teams on the Sonar course. The top eight 2.4 mR sailors, top five SKUD-18 teams and top seven Sonar teams in Halifax won a place in the Paralympics for their countries.

Describing the regatta as prestigious, Ireland’s John Twomey, President of the International Federation of Disabled Sailing (IFDS), said: “We now have a number of nations that have qualified here in Halifax, Nova Scotia for the 2016 Rio Paralympics.”

Paralympic sailing debuted in 2000 at the Paralympic Games in Sydney, Australia. The concept of a USVI team was the idea of Team Coach John Foster and Team Leader Jan Robinson.  This first-ever USVI team quickly honed its competitive skills during 2014; first at the Worlds in Miami in January and then at the C. Thomas Clagett Jr. Memorial Clinic, in Newport, in June. These regattas provided great competition and gave sailors with disabilities the opportunity to improve their skills and reach personal goals through world-class coaching.

Although the team was not successful in gaining one of the coveted spots in Rio; they garnered a lion’s share of media attention with the spotlight on Jim Kerr, the team’s blind athlete. He was featured on the early and the late night news for Canadian TV and CBC television. Kerr was also interviewed by the Canadian press for stories that appeared in a variety of newspapers including the Chronicle Herald. Shortly after Halifax, Jim traveled to Wisconsin, where he competed in the Worlds Blind Match Racing in Sheboygan, sailing a Sonar with Scott Ford and Kris Scheppe. Other news from the event saw the unfortunate withdrawal of Tony Sanpere from the USVI Team, due to medical reasons.

The USVI team is working hard with their eyes set firmly on the big prize, and next year they will have another opportunity to qualify with two preliminary events: The IFDS Worlds in Miami in January followed by a return to the C. Thomas Clagett Regatta in June in Newport.  The final Paralympic Games qualification regatta will be held in Melbourne, Australia in December 2015.