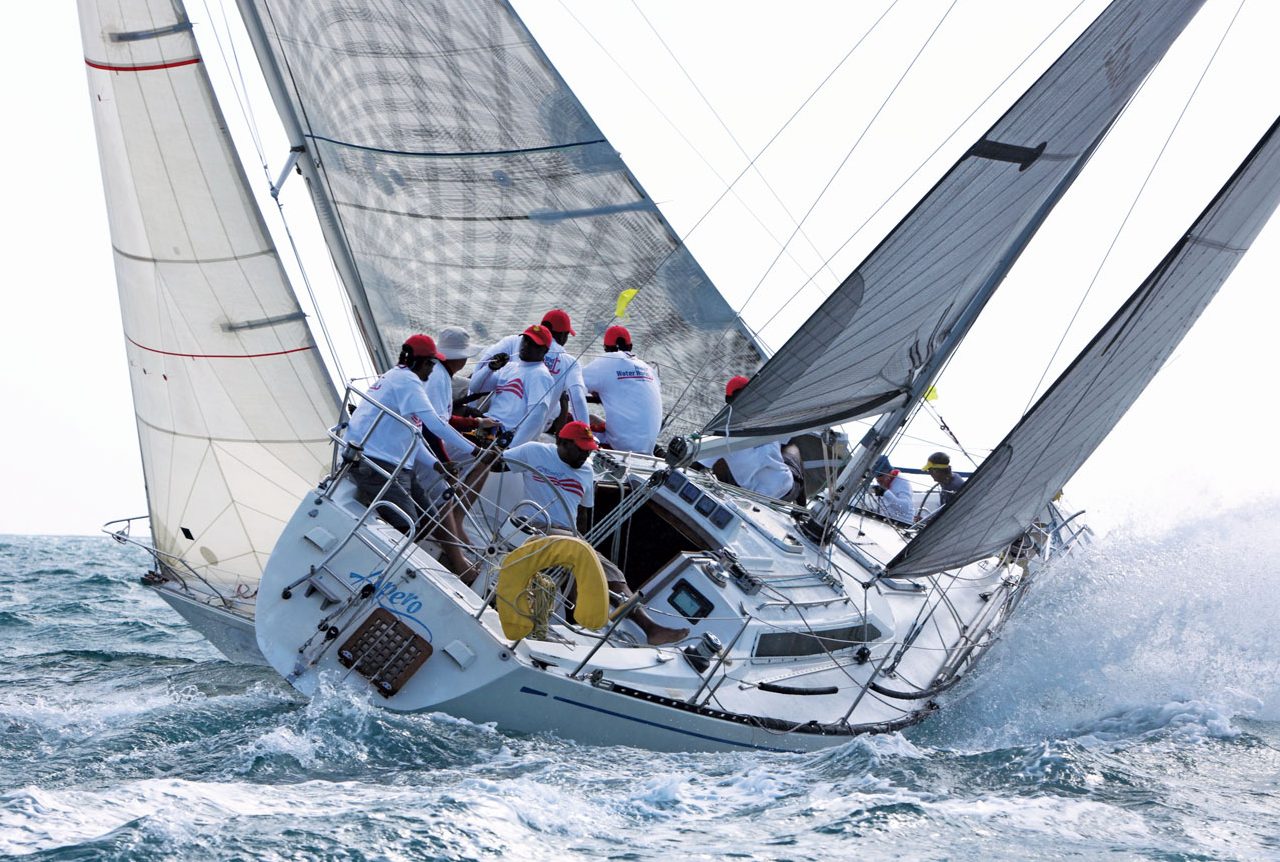 How to Remove Mildew from Sails

The near century-old, 22-foot, native Tortola sloop Intrepid, enjoyed a ceremonial homecoming in March in advance of the 42nd BVI Spring Regatta & Sailing Festival. The well preserved wooden boat, which joins historic sibling sloops Moonbeam and Youth Instructor in the Virgin Islands Maritime Museum fleet, boasts an incredible history in which each of her owners has added a chapter to her colorful past.

“We don’t know exactly when she was built or who built her but she was definitely built in Tortola,” explains Geoffrey Brooks, curator of the H. Lavity Stoutt Community College-based museum. “We are guessing that she was built circa 1915.”

Brooks tells that Intrepid was initially employed to carry produce, charcoal and livestock from Tortola to St. Thomas. She was then sold to someone from Fajardo, Puerto Rico, and turned into a fishing boat. When Prohibition came in 1920, Intrepid was used to smuggle rum from Tortola to Puerto Rico. She was eventually caught in the act by the U.S. Coast Guard and impounded. Sometime after this she was purchased by a federal judge in Puerto Rico. It was from the judge that St. Croix’s Anton Teytaud bought her in 1935 for $85, plus a $25 delivery fee.

Teytaud, in his undated book, A Glance Astern, writes that while Intrepid was purchased as a pleasure boat, he was one of the first to embark on a new industry aboard her: Chartering. “When Hotel-on-the-Cay was opened around 1945, there were no boats for hire in Christiansted,” Teytaud wrote. “I was asked if I would consider taking sailing parties around the harbor after work and on the weekends … The harbor sails caught on so well that I started sailing guests to Buck Island.”

Intrepid was fast for her size. Teytaud won the Tortola to St. Croix regatta aboard her in 1954. He later asked famed multihull builder and one-time St. Croix resident Dick Newick to redesign her from gaff to leg-o-mutton rigged and to make the cabin smaller and cockpit roomier. Nearly 30 years later, Teytaud moved to Costa Rica to be closer to his daughter and her family. He sold Intrepid to attorney Dick Isherwood.

Isherwood’s family moved to St. Croix in 1957, when he was a child. It was still the era of wooden sailing cargo schooners and Tortola-type sloops plying the Buck Island charter trade. The fascination of these times stuck in Isherwood’s mind as the opportunity arose to buy Intrepid.

“It’s a rare opportunity to own a piece of history and something connected to this special island as well,” Isherwood explains. “We raised our three children sailing and camping on Intrepid, although sometimes they balked at dad’s funky little old boat with no auxiliary power. At one point, we had an inside slip in the marina and it gave us a feeling of pride working her in and out under sail.”

In early 1989, Isherwood hauled-out Intrepid behind Gold Coast Yachts in Salt River. He spent a year-and-a-half laminating all new frames. He also cut off the deck and built a new deck and cabin. She was on land when hurricane Hugo hit and fell over but was undamaged. Isherwood later raced Intrepid in regattas. In 2007, Intrepid starred on the cover of Caribbean Travel and Life Magazine. The U.S. Virgin Islands Department of Tourism also used her in a Buck Island photo shoot that appeared on billboards from New York City to Atlanta.

Last year, Isherwood’s sister, Julie San Martin, a past commodore of the St. Croix Yacht Club, showed Intrepid to the BVI’s Bob Phillips. This led the BVI Spring Regatta Committee to buy her and donate her back to the BVI government. Isherwood found her hard to let go, but realized the value in making sure the historic sloop would be out there and be seen.

Intrepid is definitely not spending the rest of her life as a moldy museum piece. Caretaker Martin van Houten sailed her in Foxy’s Wooden Boat Regatta in May.

“With such a valuable piece of history,” says van Houten, “you have to be gentle while sailing.”