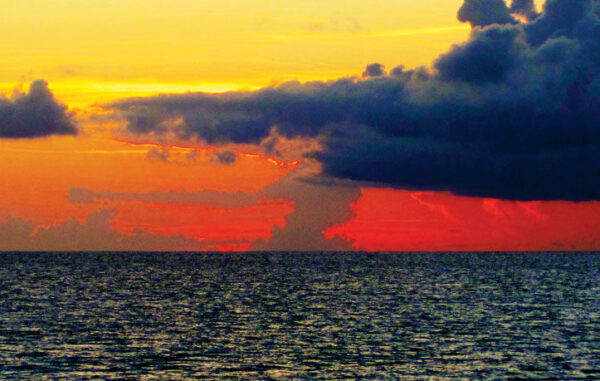 If you want to visit the Bahamas by boat and are leaving from Florida, Crossing the Gulf Stream is one of your most important things to consider. This fast-flowing current is part of the North Atlantic Gyre and flows northward from the Caribbean and Gulf of Mexico. Given that the Gulf Stream has so much volume flowing, it dwarfs all the rivers that empty into the Atlantic combined. On top of this it can reach 5.6 miles per hour, so it is better to think of the Gulf Stream as a salt water river flowing between Florida and the Bahamas.

First Ever Crossing of Gulf Stream on SUP Paddleboard

There are two things to consider when contemplating you Cross the Gulf Stream.

The first is weather.

When it comes to weather the worst part is having a wind from the north pushing against the north bound current. This can cause the waves to build higher than they would otherwise be and also, they will be steeper and almost square in shape. The advice I first read when I got into boating is to not cross the Gulf Stream if there is any northern component to the wind, especially if the wind is over 15 knots. I still repeat this advice to people, because otherwise it will make the crossing uncomfortable at best and disastrous at worst.

The second consideration is your boat speed.

This comes into play because the Gulf Stream’s flow averages roughly two knots on a trip across from Florida to the Bahamas and it needs to be accounted for. For example, if your speed boat can cover the 50 miles separating the two countries in two hours then you are looking at a four-mile northern movement during the time it takes you to travel the 50 miles east. This is not that big of a deal and easy to overcome, but if you are on a sailboat traveling at 5 knots it is another story. Now the trip will take 10 hours and you will travel 20 miles north during your 50 mile east bound trip.

That 20-mile northern movement definitely needs to be accounted for. The best way to do this is to start from somewhere due east of the point 20 miles south of where you want to end up in the Bahamas.

When you are crossing the Gulf Stream keep your heading at 90 degrees and you should end up almost right where you want to.

One time I even started off at Lake Worth and passed 20 miles north of West End, Grand Bahama Island where I anchored out on the Bank before heading to the Northern Abacos. I checked in at Grand Cays and then cruised south hitting all the Abacos islands in a relaxed exploration mode. 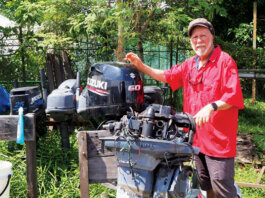