During early August, an English Harbour story came to an end. After a life that resembled the nine lives of a cat, polar training vessel My Way was towed to sea and sunk off the Antiguan shelf.

The polar training vessel My Way began its life as an Artic training vessel. Used as a polar exploration ship, she had a solid steel hull with icebreaker construction.  My Way began her 15-year Antiguan story in 1989 as a charter yacht owned and captained by Dutchman Theo Legwater. During hurricane Hugo,  My Way dragged across Falmouth Harbour to Proctor Point where she went over the reef. Due to her hull construction, she was grounded completely upright. For years she remained on Proctor Point until Hurricane Luis hit Antigua in 1995. A post hurricane scavenge mission removed her winches and hatches and thus began the slide that led to her reputation as an eyesore. Unable to find Captain Legwater, John Bentley took action. For three months Bentley, Joe Hutchens and Captain Maurice undermined the vessel by digging a channel in front of it. They used a small tugboat to backwash and create a “bathtub”. When the day came to dislodge My Way, John Bentley and his boat Sea Pony pulled  My Way into the manmade tub at high tide and then towed her from Falmouth to English Harbour.

While not in good shape, polar training vessel My Way‘s hull was sound and Joe Hutchens took a liking to her. Hutchens received the salvage rights and started to refit the vessel with the idea of returning her to charter yacht glory. Years passed that were at times filled with work as well as rest. In 2001 she was hauled out at Antigua Slipway but, because of her solid steel hull, she was too heavy and crushed the rail car. She returned to the mangroves where yet another downhill slide began.

In August 2004, the Slipway is undergoing major renovations. A half million-dollar investment has been made by owner Enzo Addari to build a new and upgraded main slipway as well as four new chariots. Working in conjunction with the National Parks Authority, Antigua Slipway Ltd also thought it prudent to clear the deep-water hurricane shelter of several hazards, including My Way…but how to sink her? Her hull is dilapidated and her topside and masts are rotten to the point of being dangerous. Once again, enter John Bentley. Bentley devises a plan whereby two 18” wide holes will be cut into the stern, just above the water line. Two 2′ wood panels would then be placed over the holes on rings with ropes attached.

Learning from prior sink missions, the team made the decision to tow her off the shelf. With lines attached, wobbling, unstable masts, and two main stays already broken, the tow was a tension filled one. At the depth of 300′, the crew shortened the lines attached to My Way, pulled the plugs, and within five minutes she went down to her final resting place, stern first. The nine lives of My Way came to an end.

Special mention should be given to all folks involved in the sinking of the polar training vessel My Way. Their services were provided free of charge in order to make English Harbour safer for all. Their assistance continues to make English Harbor one of the safest natural anchorages in the Caribbean. 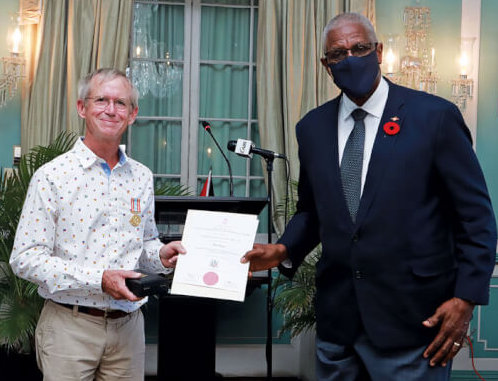 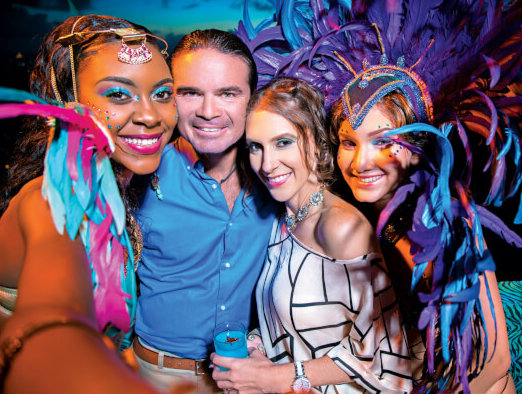 6 Ways to Have Full Moon Party and Fun in The...