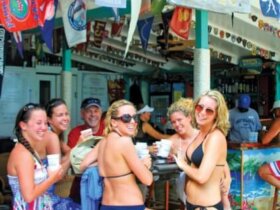 In most of the world’s seas, dead zones exist too, but unlike Romero’s 60’s thriller, these aren’t the manifestation of a demented author’s mind, they’re very much real and equally deadly.

Nature’s Response. Dead zones are immense suspended plumes, covering hundreds, if not thousands of square miles of ocean devoid of life. These plumes are nature’s response to the introduction of foreign constituents by humans and few of the world’s oceans are immune to dead zones. The most famous of these dead zones occurs in the Gulf and is known as the Gulf of Mexico’s Dead Zone.

Influx. The Mississippi River system serves as the drainage for over forty-percent of the continental United States. The dramatically immense catch basin collects aggregate runoff and seepage where it is transported via natural and man-made pathways (i.e., ditches, drains, storm water runoff, agriculture irrigation, etc.), eventually delivered downstream and subsequently into the Gulf of Mexico.

The National Oceanic and Atmospheric Administration (NOAA) hypothesizes the annual agricultural and treated sewage discharge into the Gulf of Mexico via the Mississippi River exceeds 1,700,000 tons or 3,400,000,000 pounds of potassium and nitrogen. To put that into perspective, it’s the equivalent of dumping 168 million 20 pound bags of fertilizer directly into the Gulf.

Supercharged. Once introduced into the warm waters of the Gulf, these compounds serve as the basic building blocks for single-celled plant-like organisms, known as phytoplankton. Once force fed these nutrients, the supercharged organisms reproduce uncontrollably, in what biologists referred to as an algal bloom.

As these microorganisms rapidly reproduce, they consume more oxygen than they produce dramatically lowering oxygen content. Here, seasonally depleted oxygen levels fall below 2 mg/L (~6-8 mg/L is normal) or 2.002284606 parts per million (ppm) resulting in a phenomenon called hypoxia. Unfortunately, sea life is left with two options: flee the area or perish via suffocation.

The Gulf’s Dead Zone begins forming in the late spring and continues through midsummer when it reaches its peak. By fall, the oxygen returns to normal levels and the Dead Zone disappears. This is due in part, to the formation of tropical storms which break dead zones apart with their winds.

Conundrum. Sadly, the Dead Zone is created by essential agriculturally-based, nutrient rich (i.e., phosphorus, nitrogen and potassium) fertilizers. These elements find their way into the warm waters of the Gulf via the Mississippi River and its tributaries. Scientists point to the recent spree of heavy rains and floods in the Midwest and subsequent agricultural crop run-offs for the heavy influx of nutrients. Interestingly, the most negatively affected species are shellfish, as they have limited mobility and are typically unable to escape the devastating effects of the Dead Zone.

Oceanic researchers have predicted a large dead zone area in the Gulf of Mexico this year, and according to the results from a Texas A&M University researcher just back from studying the region, those predictions appear to be right on target.

What Say You? Dr. Steve DiMarco, professor of oceanography and one of the world’s leading experts on the Dead Zone, says he and his Texas A&M research team surveyed areas off the Texas-Louisiana coast and found large areas of oxygen-depleted water, an area covering roughly 3,100 square miles, or about the size of Delaware and Rhode Island combined. “We found hypoxia (oxygen depleted water) just about everywhere we looked,” DiMarco reported with the most intense area located off the Louisiana coast south of Atchafalaya Bay and Grande Isle. Last year, with much of the Midwest suffering through its worst drought in 100 years, the dead zone measured only 1,580 square miles.[1]

DiMarco’s research on the dead zone is supported by (NOAA), as part of its long-term commitment to advancing the science to inform management practices aimed at mitigating the hypoxic zone. Dr. Robert Magnien, Center Director at NOAA’s National Centers for Coastal Ocean Science says, “While we await additional data from the entire summer, these early indications start to validate our prediction that we could see one of the largest dead zones ever in the Gulf of Mexico this summer. This is further confirmation of the link between upstream nutrient management decisions and the critical habitats and living resources in the Gulf.”[1]

DiMarco is a veteran of some 28 research trips into the Gulf investigating its dead zone since 2003. This year’s excursion carried 10 investigators from Texas A&M and Texas A&M at Galveston, two marine technicians, five graduate students, and an on-shore support staff of five.

DiMarco says the size of the dead zone off coastal Louisiana has been routinely monitored since 1985. Previous research has also shown that nitrogen levels in the Gulf related to human activities has alarmingly tripled over the past 50 years.

Record Setting. Top marine researchers at the University of Michigan are predicting the 2013 Gulf of Mexico Dead Zone will envelop between 7,286 and 8,561 square miles. If the devastation reaches the upper-end of the predicted range, it will be the largest ever recorded—covering an area roughly the size New Jersey.

While the Dead Zone spells disaster for marine life, it also spells tragedy for commercial and sport fishing. Gulf region commercial fishermen inject an estimated $629 million dollars into the economy as a direct result of their operations. Likewise, recreational anglers flock to the Gulf each year to experience the rich angling bounty, with their numbers exceeding 3,000,000—they bring with them upwards of $1 billion dollars in real-time revenue.