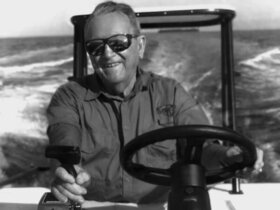 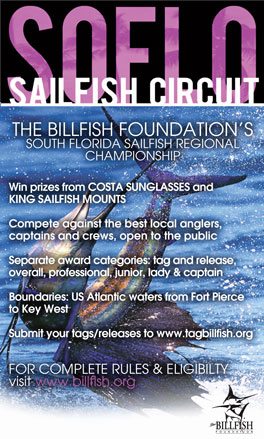 A group of concerned sports fishermen united three decades ago over an alarming revelation. While boats were bigger, technology better and tackle trailblazing in its design, they were catching fewer and fewer billfish. One among them, Winthrop ‘Win’ Rockefeller, had the name, resources and love of the sport to galvanize the group into action. In 1986, The Billfish Foundation (TBF) was founded. Its first offices operated out of Rockefeller’s 1945-built offices at his Allied Marine yacht brokerage located on the Miami River. The foundation’s first mission, and one which remains the non-profit’s cornerstone, was to preserve these magnificent fish for future generations. Today TBF, which celebrates its pearl anniversary this year, is internationally renowned for its conservation of billfish populations worldwide.

“There weren’t any formal science or stock assessments before TBF was founded,” explains Michael Kelly, TBF’s science and policy specialist. “Win funded the first ever stock assessment, worked with Dr. Eric Prince [research fisheries biologist who heads up NOAA’s (National Oceanic and Atmospheric Administration) billfish research in the Atlantic] to confirm depleted stocks, and helped to form the billfish working group at ICCAT (International Commission for the Conservation of Atlantic Tunas.)”

Research, education and advocacy are the three major methods TBF uses to protect billfish. The research component is especially huge. In 1990, TBF started its constituent based tagging programs. Currently, the organization’s Tag and Release Program is the largest private international billfish-tagging program in the world with over 224,000 records.

“Tag and release is a citizen science project. Sports fisherman volunteer their time, effort and resources to tag the billfish they catch, and report their catches either online or by filling out a Release Notification Card and mailing it. Scientists then use this data to learn valuable information about the biology and socioeconomic impacts of these fish,” says Kelly. 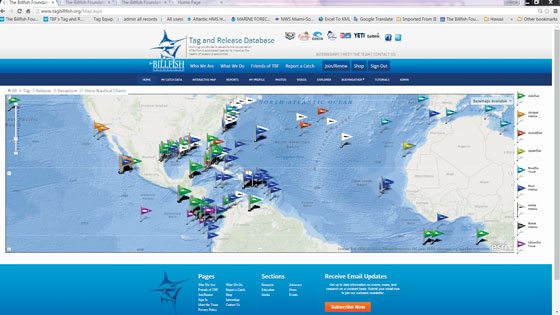 The most fascinating of the biologic data is recapture information showing where billfish swim during their lives. For example, TBF research shows most sailfish tagged off South Florida are recaptured some 50 miles from where they were first caught. However, studies show that some of these fish have been recaught further afield along the U.S. eastern seaboard, in the Gulf of Mexico, throughout the Caribbean and even as far south as Venezuela. The socioeconomic data is fascinating too. A study funded by TBF found that for every angler who visited Panama to fish, a Panamanian job was created and the country’s GDP went up by $562 USD. Panama is a hot spot for many South Florida anglers either for fly in and fish vacations or for repositioning their boats for the winter season when sailfish are abundant.

TBF taps into sports fishermen’s naturally competitive natures to keep its Tag and Release database growing by hosting its International Tagging Competition. Anglers, captains, crews and junior anglers earn trophies and bragging rights by tagging and releasing the most billfish each year. Winner’s categories are by billfish species (black marlin, blue marlin, striped marlin, sailfish, swordfish and spearfish), ocean (Atlantic, Pacific and Indian) and whether fish were tagged or not then released. These awards are presented annually at the Miami International Boat Show. In 2014, TBF started regional competitions in the Gulf of Mexico and South Florida. Boundaries for the South Florida contest are the Atlantic waters from Fort Pierce to Key West.

Finally, the year of TBF’s 30th anniversary, it’s a good time to clear up three common misconceptions about the organization.

“First, we’re not fish huggers. The big picture is responsible management and a responsible use of resources,” says Kelly. “Secondly, we don’t sell tag data. There was a rumor when we first started that we would sell the data to the highest commercial fisheries bidder. In reality, we are transparent with the data; it’s available online. Third, you don’t have to be a member of TBF to record tag and release information. We want the most data possible so we make it easy for all sports fishermen to submit their tag and release reports. After all, this research data helps to shape our billfish education and advocacy efforts.”

INTERNATIONAL TAGGING COMPETITION:
Congratulations to all the winners and runners-up from South Florida in The Billfish Foundation International Tagging Competition.