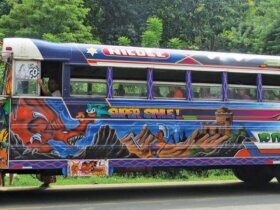 Newbie sailors worry about gear breakage offshore with good reason. Sh*t happens. I’d like to tell you that quality marine gear seldom breaks in mid-ocean—but I’d be lying. It does. Regularly. So the first trick isn’t to deny the breakage but rather to embrace it.

That’s the bad news. The good news is that you probably didn’t need the broken item.

What do you REALLY need in terms of basics on a small sailboat? Nothing that Joshua Slocum didn’t have. The hull must be solid, and the rig-up-and-keel-down. It is nice to be able to steer, and it is comforting to be able to pump any seawater which has managed to get in, out. But other than hull, keel, rig, rudder and bilge pump… what do you really need?

Most of the rest is convenience. It is important to keep this in perspective. Some things matter, most things don’t. It is easy to begin to get uptight if your genset is down, tricolor doesn’t work and your EPIRB battery is discovered to be leaking, etc, but none of the above severely impacts on your vessel’s safe conduct RIGHT NOW. Sure, they should all be fixed, and they will be, eventually…but not having them RIGHT NOW isn’t catastrophic.

Of course, some things ARE catastrophic. Ten years ago I was in some of the largest waves of my life off the northern tip of Madagascar. I looked down and saw the starboard tang on my tiller fitting was cracking. This was allowing the tang to spread and pull away from the tiller heel. It was only a matter of time (five, ten, twenty minutes?) before I lost steerage.

“Bring me,” I calmly told my wife Carolyn at the nav station below, “that square one-inch stick of teak by the quarter berth, my portable drill with a three-eighths bit and the blue box of large bolts…now!”

I knew immediately what I had to do: make a large clamp to hold the strap/tang in place until I could fix it properly. It wasn’t a difficult project, nor was my solution particularly clever. The only things that made it stressful were 1.) Attempting the repair in twenty-some foot seas, and 2.) accomplishing it before we lost steerage.

Within five minutes (my estimate) or eight minutes (Carolyn’s estimate) we were done. Carolyn put the tools away and I went back to concentrating solely on my steering. (Surfing down the side of giant Indian ocean waves on a seven ton surfboard requires focus!)

The incident taught me that it is important to be prepared for such occurrences. In this case

2.) I not only had the right stuff to effect repairs, but also knew where it was and was able to get at it quickly.

3.) I had to act immediately. (I hated to ‘lose my focus’ on steering in the large waves but this needed to be dealt with immediately… and, thus, I did not hesitate).

But perhaps the best lesson I learned from this little ‘incident’ (which is what I call developing catastrophes if they’re successfully nipped in the bud) is that experience is the great teacher and the great teacher teaches you… that you can learn from experience!

Let’s rephrase it: confidence offshore isn’t believing that nothing bad will happen, but rather that you have the skills and experience to deal with all the stuff which WILL happen!

Many sailors today believe that, if they are careful with their weather, they can sail around the world without getting into a serious blow. Maybe yes; maybe no. But there is a downside to this optimism: they fear and dread heavy weather. They believe they will never be in it, should never be in it… and, thus, when they get in it… they feel, well, that they screwed up.

It depresses them. They’ve repeated the ‘smart sailors NEVER have to be in truly heavy weather’ mantra so many times they feel they’ve goofed up, let their cruising partners down, made a pivotal mistake.

This is not the best mind-set for heading into a major storm.

Of course, I’m not advocating searching out bad weather or ignoring a severe weather warning. However, if you someday DO find yourself coming into truly heavy weather, why not realize that this is a natural part of sailing and—with a little discomfort, a small amount of skill, and a little bit of luck—it can be easily endured.

Suggestion: don’t shrink from staring at the large, breaking seas. There is a tendency to sort of ‘gaze around them’ and not stare at them directly—as if what you don’t see won’t hurt you.

Not true. Stare at them. Study them. Watch them. Learn from them.

How many people get a chance to see Mother Ocean when she is really in a grand mood? To watch large waves break in deep ocean? To see endless miles of ocean spume being ripped off their frothing crests? To hear the shriek and moan (if you’ve been there, you know what I mean) of it all?

It is a spectacle of immense power. Don’t turn away from it in horror and/or dread. Embrace it. Hug it. Hold it close.

Recently I had the pleasure of crewing aboard Virgin Fire, a 56-foot racing trimaran owned, designed and sailed by Joe Colpitt. We sailed across the Caribbean (in less than two days) from St. John, USVI to Curacao in the Netherland Antilles.

The passage, during which we often touched twenty knots, was wet and wild and exhilarating—-but not the least bit scary.

Not so the rental car drive to the airport.

It was dawn. We were on an expressway and going hull speed. It had just started to faintly rain and we must have hit a patch of just-floating oil. The car suddenly spun completely around two and a half times, like a berserk merry-go-round ride, during any second of which we might have hit a pole, careened over a cliff or struck another car.

We did not. We just slowly coasted (backwards) to a rest in the middle of the expressway while I marveled, “…despite a lifetime at sea, it is terra firma which continues to screw with me!”

Life is risk. Death exists. The trick isn’t to attempt to eliminate the risks, but to manage their occurrences within acceptable parameters.

While growing up, most of my heroes were sailors: Joshua Slocum, Fredrick A. Fenger, Carlton Mitchell, Irving Johnson, Francis Chichester, Vito Dumas, Ann Davidson, Eric and Susan Hiscock and Robin Knox-Johnson…not to mention the ‘grand old salts’ of Bligh, Cook, Magellan, and Shackleton.

What I admired about them wasn’t strictly their sailing ability but rather the amazing adaptability of their seamanship. No matter what came their way, they handled it. Sure, sometimes it was messy. Yes, they often made mistakes. But they were game. They never gave up. And, thus, they always won.

…that’s what I wanted to be when I grew up: not a lawyer or a doctor or a cop, but a confident sailor——confident that, no matter how bizarre it might be out there, I’d be able to handle it.

And it can be very bizarre.

Once I was anchored in the Saugus River in Massachusetts. There was a strong current. We were surrounded by dense fog. It was night. I was in my bunk. I heard shouting. I rushed on deck. Nothing, then a sort of crouching form…and I was struck on my port side by a drifting boat. Naked, I dashed to my rail, fended them off, and cursed them.

The two people on board seemed totally preoccupied with other matters. They were completely ignoring what I was saying. Instead, they were rattling on about something completely different… and pointing over my shoulder expectantly into the fog.

“CRASH,” came a second vessel into me, this one raking my starboard side.

My jaw dropped. Being hit in the fog was one thing, being hit TWICE within minutes of each other was quite another. Suddenly, the bulb lit over my sleepy head. I started laughing as both boats scraped aft. “I get it,” I murmured. “The first one was towing the second, saw my anchor line in fog, and took it out of gear… too late to speed up or turn to starboard! Thus, one on one side, one on the other!”

This was confirmed a few moments later, when, aft of me, they finally smashed into each other as their tow line elevated itself aft-and-up to the underside of my boomkin.???

The key is staying loose and thinking on your feet. Yes, bizarre things will happen but you’ll figure it out, sort of, and muddle through.

Storms will come and go. Ho-hum.

I’m now 63 years old and have spent 55 of those years ocean sailing. I’ve learned a few things—mostly how difficult it is to be prepared for the unexpected. But I go with the flow. No matter what happens, I nonchalantly say to my wife, “No big deal.” Because if she and I are still alive, it isn’t. The difference between ordeal and adventure is mostly attitude. Safe offshore sailing isn’t about having nothing go wrong—but about learning how to deal with the unexpected with confidence and élan.

We learn by our mistakes.

“In that case,” says my wife Carolyn, “you should be a genius, Fatty!”