Both on the race course and on a number of larger cruising boats we are seeing more and more composite rigging. The idea of exchanging well-tried wire or rods for PBO or Carbon fibers may seem strangely uncomfortable. However, as with other changes in the past, choosing composite rigging may slowly become the norm.

To a certain degree old is new—and new is old. The Southern Spars’ Composite Rigging division has developed a lightweight composite version of what was once, they claim, the state of the art in sailboat rigging, with one major difference the use of Carbon fiber: EC6+ (Element C6 Continuous Carbon Rigging).  In continuous rigging, the structural tensile elements are continuous from their attachment point at a diagonal tang on the mast down to the deck. This means that each diagonal rod runs from its tang over any number of spreaders to the bottom. A significant benefit of this arrangement was the low profile spreader tips, requiring essentially no additional hardware and therefore the lightest and lowest drag solution possible.

Future Fibers, a company that entered the composite rigging market in 1997, has taken another approach. Installed in Valencia Spain, this company has developed their version of PBO rigging. Their formula is equally based on a sound historical idea. This company turns continual fibers around two terminals set at the designed distance. The PBO custom-made standing rigging, aft rigging and anti-torsion forestays are covered for protection against wear and UV degradation. The end fittings used are custom-made thimbles and the production technique has a well proven technology that defines length at given loads.

These systems have fundamental differences beyond the choice of material. On a cruising boat it can be argued that the separated rigging elements allow for partial replacement when aged or damaged. Element C6 from Southern Spars produce a non continuous alternative using carbon fiber bundles with cone terminals. The system is based on cables constructed of a bundle of small diameter pultruded carbon fiber rods. The terminals are critical here and care has been taken to reduce stress concentrations and scalability that plagued early attempts at using carbon rods for yacht standing rigging. The rods can be jacketed with a number of materials to protect them from chafe and impacts. Jacketing materials include reinforced neoprene and Spectra, Aramid, polyester and stainless steel

OYS (Ocean Yacht Systems) proposes another discontinuous system that I have heard argued is one of the easiest to retrofit. They have extended their classic rigging activity to traditional textile use from running rigging such as runners and check stays, to standing rigging.  Their technology is a development of OYS’s own system basically modifying their usage of cones for Kevlar to PBO. Mike Orange, their technical director, explains, "Our design of terminals have been developed and extensive tested for PBO, the user can gain the advantages of cost reductions and increased factors of safety, which translates as longevity”. A recent success of theirs on a boat in the Caribbean was with a torsion stay in PBO for a Code Zero from North Sails, New Zealand for the Dubois designed 44m super yacht ‘Salperton’. The stay is 57.6m pin to pin measurement under load when tensioned up to 20 tonnes. This same company equally has a continuous system to propose. Like Navetec and unlike Southern Spars they have chosen PBO.

Most systems provide a significant savings in weight and often windage aloft.  At present the choice of textile rigging on larger cruising boats and most race boats where the rules allow is financially driven. These systems are currently more expensive and as Tim Haynes from THL pointed out to me, “the gains are important on larger rigs and race boats so that the extra investment would appear reasonable. As prices change we may see the potential market place broadening."

A lighter rig reduces pitching and enhances performance. As a boat pitches, the movements felt in the cockpit are amplified up in the rig. As the bow rises the mast head relative to the axe of the boat moves aft and, conversely, as the bow plunges the head of the mast advances. This obviously changes the apparent wind in the rig with each wave. It is thought that the apparent wind angle can vary up to 16° due to pitching. In simple terms the sails will only best be nearly trimmed when a boat pitches.

This expanding market has made great technological progress. Tim Haynes told me of the usage of Textile rigging on Salcombe Yowls, a beautiful yet keenly raced fairly classical day boat. Development is rapid and as much in the relatively modest world of yachting the potential market will always filter a few viable competitors as the public and professionals begin to fully understand the potential and shortfalls of these products.

Certainly there is a basic choice to be made between Carbon fiber and PBO while awaiting other possibilities. The pultruded carbon fiber strength elements are not affected by exposure to moisture or visible light unlike PBO or Aramid fibers. Flex in carbon structures must be managed. PBO requires jacketing  for UV and humidity protection, where carbon in a race situation can be used without. Chafe is another issue. PBO fibers must not unravel and carbon pultrusions are as strong as the number of bundles not damaged.

With respect to price it is not easy to identify as the usages today are fairly unique and specific. The old yachting adage—if you ask how much it costs you can’t afford it—may be partly true still, though in this rapidly changing area even a simple introductory article on the subject is potentially out of date while being written. The internet is full of articles and updates on the subject if you wish to go more deeply into the subject.

Our local riggers are already dealing with the realities of this new technology, so please do not hesitate to approach them for help or advice. Tim Haynes Limited and FKG / Antigua Rigging have combined resources recently to provide a cost effective service centre for super yachts in the Caribbean.  One project in 2007 they completed together was the retrofitting of PBO Future fibers rigging on the Farr 115 Sojana. The weight gain on this refit was approximately 850kg. 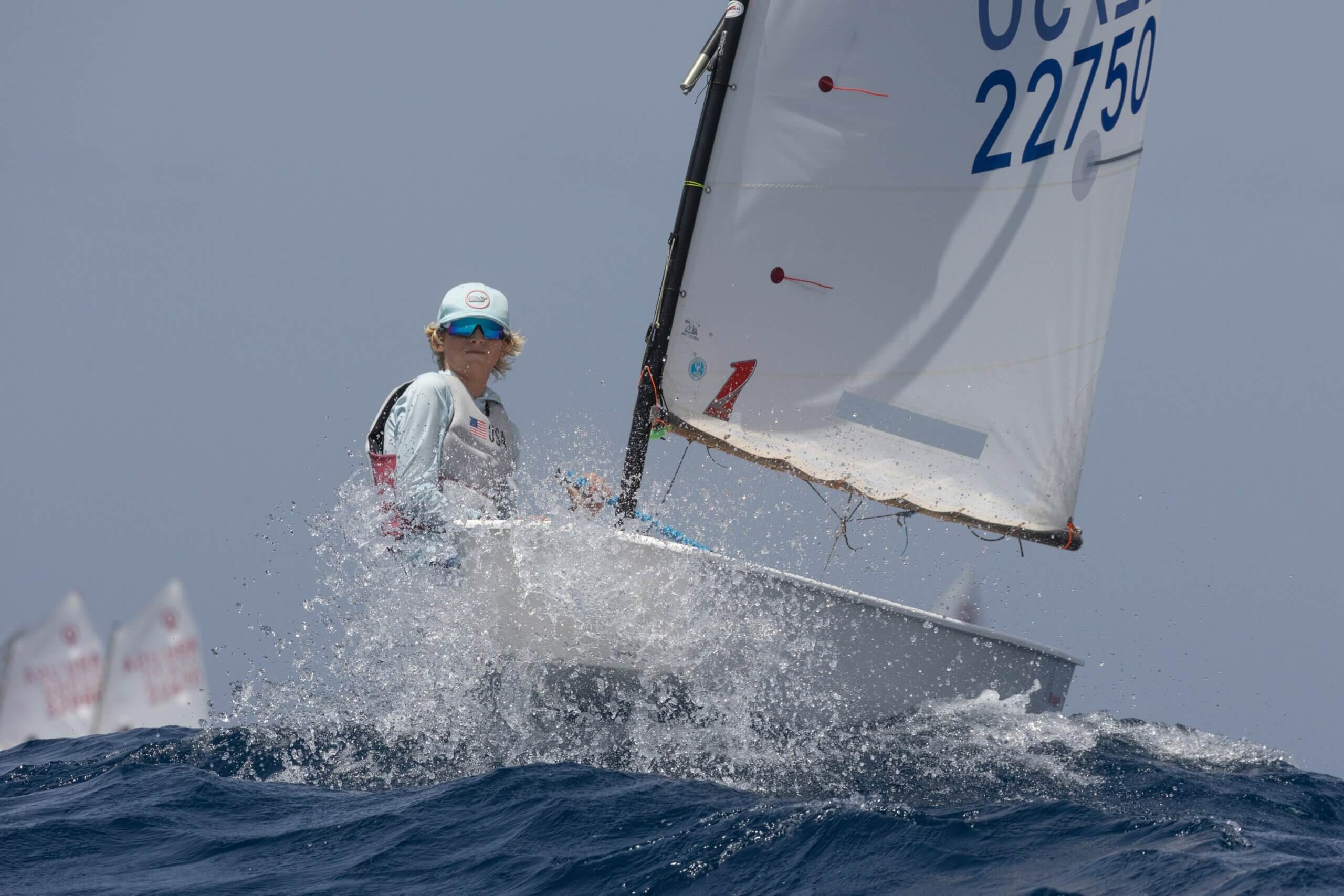