ALL AT SEAThe Caribbean\'s Waterfront Community
HomeSailYes, They Can! Empowering Young Women
Sail 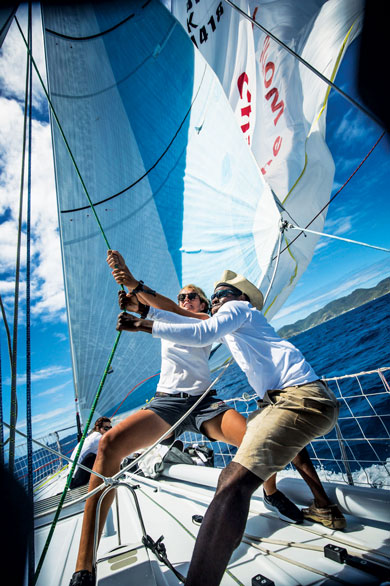 As the movie Maiden sailed through the world of ceremonies, sweeping up awards and accolades, the film’s subject was on a globe-trotting tour garnering a different kind of attention on the water. Designed by Bruce Farr, built in 1979 for the Swiss Ocean Racing Club, the 58’ sloop circled the world during two grueling races before landing in the imagination and possession of Tracy Edwards. The movie begins at that juncture.

Spoiler alert…Edwards defied all odds by grueling through a multi year fundraising and refit, renamed the vessel Maiden, and ultimately captained it in the 1989/90 Whitbread Round the World Race at the age of 26. With her was the first all-female crew to ever circle the globe. 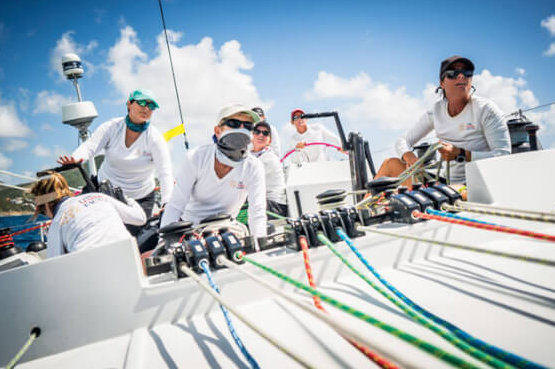 The film, a well blended cocktail of race footage spiked with present-day reflections from Edwards and crew, transports viewers from head-shaking disbelief to teary-eyed inspiration. It has played to standing ovation crowds around the world including the Toronto International Film Festival and Sundance Film Festival. In 2019 it was named Best Documentary by the National Board of Review, and was short-listed for an academy award. Seeing the movie once is not enough.

S/V Maiden made a recent appearance in the Caribbean fresh from California and the Panama Canal. She spent Christmas and New Year in Antigua where Captain Liz Wardley and crew eagerly shared the boat’s latest initiative- The Maiden Factor. The legendary boat is on a multi-year world tour with the mission of empowering young women living with limited access to education. 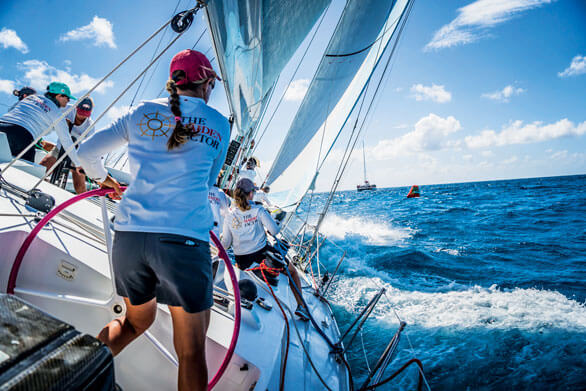 At each port visited, a shore team sets a packed schedule for the crew with talks at yacht clubs, youth organizations, presentations to schools, open boat tours for the public, and screenings of the film. They welcome young females aboard to experience first hand the power of a dream. In turn, those girls serve as ambassadors by creating inspiring letters and art work which Maiden sails forward. Ultimately, the compiled work will be gifted to the United Nations. “Kids are so eager to advocate for kids around the world,” said crew-member Courtney Koos. “Some who’ve stepped aboard left their hand print on a spinnaker, all hands creating a huge spiral, connecting girls around the globe.”

Maiden’s segue from the ’89/90 Whitbread to sailing ambassador was complicated. Financial obligations forced Edwards to sell. The infamous vessel drifted from owner to owner unti it was abandoned in the Seychelles. In 2015, she heard of the boat’s fate and vowed to save it. Funds were crowd-sourced and in 2016 Maiden was transported to the UK where it underwent another refit, in the same shed as the first. During 18 months, water tight bulkheads were built, a new rig installed, aluminum plating redone, electrical systems upgraded, the interior re-built along with countless upgrades. 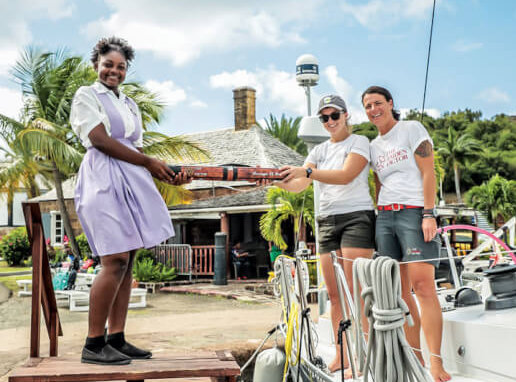 The primary benefactor for the first refit and the 1989 WRTWR was King Hussein. For this second lease on life, it was his daughter, Princess Haya, who pledged to be part of Edward’s dream to save the boat and establish The Maiden Factor Foundation. Other Maiden voices and contributions add support for the global education initiative, including Whoopi Goldberg.

130 million girls around the world are currently denied an education and studies show that given 12 years of education, girls can change their futures, communities and the world. Edwards defines the energy behind the mission, “At 26 years old I captained the yacht Maiden, with the first all-female crew to ever sail around the world. We were told we couldn’t do it, but we showed how sailing is a level playing field. Now, I’m making it my mission to advocate for girls’ education around the world.” 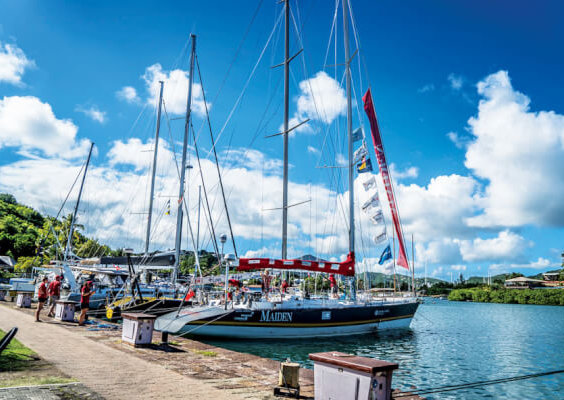 Maiden’s appearance in the Caribbean was a stop on a journey that began in England. From there, they sailed through the Med, the Red Sea (with 4 heavily armed security guards onboard,) spent time in Greece, had a 30 day passage from Egypt to Sri Lanka, made stops in Australia before sailing to the US. In the West Indies they took advantage of the trade-winds by joining the 2020 RORC and St. Marten Heineken Regatta. 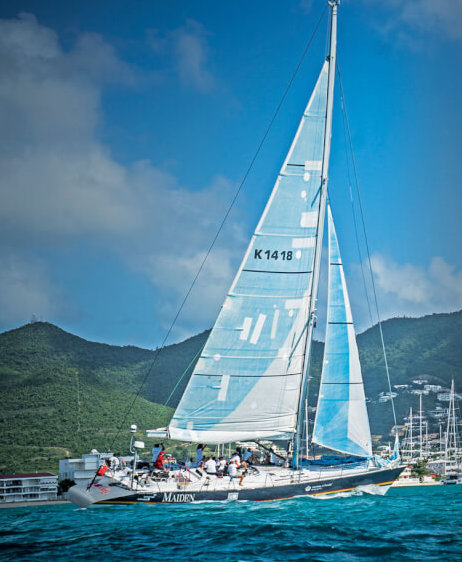 There are dreams beyond the horizon of the 3-year voyage. Edwards hopes to be aboard the vessel for the 2023 Ocean Globe Race with members from the original crew and next generation sailors. If they pull it off, Maiden’s inspiration will stretch exponentially, pulling some sailors from retirement while building careers for the future.

*Pandemic P.S. – As the world sailed into the doldrums in March, Maiden was hove-to in Antigua. With international borders closed and summer hurricanes looming, there was nowhere to go but home. A ship carried her to the UK for some rest and repairs. Team Maiden Factor anxiously awaits the start of the next leg of their humanitarian journey.