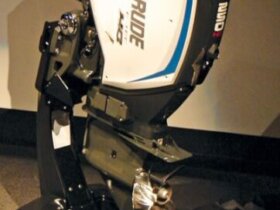 The Miami Boat Show is a Go as Planned
MIAMI – On December 15, 2015, the Miami-Dade County Commission voted 8 – 1 to approve some of the final permitting necessary for the Miami International Boat Show in February at the Miami Marine Stadium site on Virginia Key.

Significant opposition to the move included environmental groups and residents of Key Biscayne concerned with traffic, quality of life and environmental damage. The National Marine Manufacturers Association, which runs the international event, was granted a two-year permit to build 830 temporary wet slips and floating dockage for the event.

With the new venue come new features for the 75th anniversary of the show. State-of-the-art air conditioned tenting will house boats, engines, accessories and technology with more than 400 boats in a marina setting to demonstrate features and provide sea trials. On-the-water power boating and sailing workshops will be offered along with a new “Try It Cove” for kayaking and SUPs.

For all the new features and highlights, see the show’s website at www.MiamiBoatShow.com