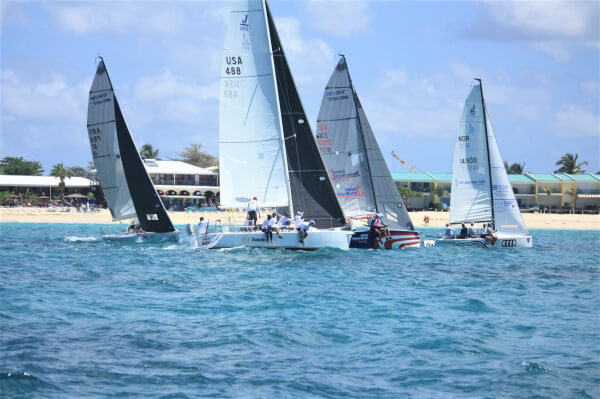 Spectacular sailing conditions, beach time and a leisurely lunch were the key ingredients enjoyed by 13 competitors racing in 3 classes in the Simpson Bay to Friar’s Bay race this past Sunday. Hosted by the Sint Maarten Yacht Club in coordination with the Friar’s Bay Sailing Club, this event showed the increasing interest in local racing. 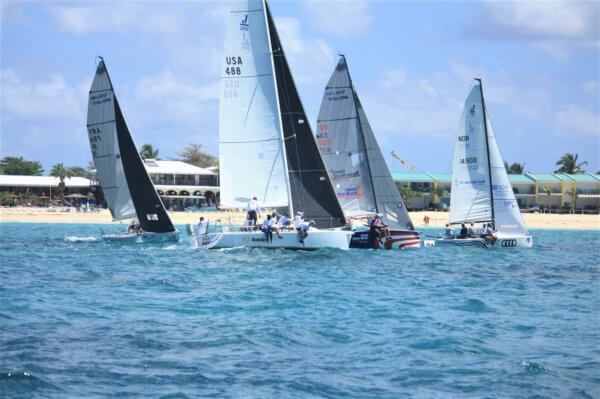 In the Cruising class Bunglebird, a Nonsuch 33 owned by Robbie Ferron, sailed against Paul Beaton in the Bavaria 390 Panta Rhei. Having cruised the Sint Maarten coastline for several months, this was the first
actual race of Panta Rhei, putting them in second place behind Bunglebird in first place.

The multihull class saw an impressive turnout with 5 competitors. Enola a KL28 and winner of the first day of the 2021 Caribbean Multihull Challenge, is regularly seen sailing around the North East coast of St. Maarten and Sylvain and Mitch were keen to participate in this new event. The longer course was exciting, but harder for a boat that size, thus putting them in 5th place. The Brasapi 41 Guimamalou owned by Jean Michel Ricourt has been missed in many regattas this season, but welcomed back to racing this Sunday as it took 4th place. 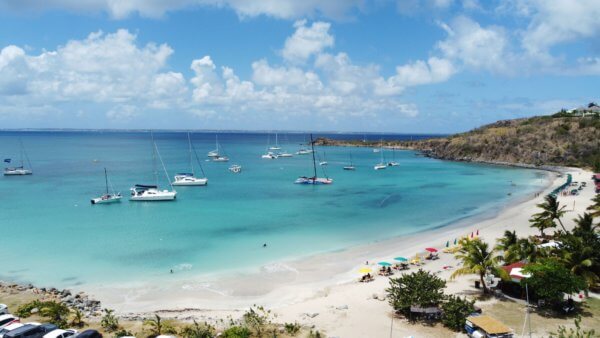 The bigger cats were fighting for the podium places. Seaduction a Leopard 47, skippered by Petro Jonker was sailed well by her crew, and with only seconds difference ended in 3rd place. Arawak the Custom Joubert/Nivelt 52
was sailed by four families, enjoying the fast race around the island to Friar’s Bay. They took line honours but their corrected time put them only minutes behind Spellbound in second place. This Leopard 45 owned by Ian Martin was raced hard by Andre Swart and his veteran crew including former Whitbread racer Shag Morton and his family. A first place was celebrated with a BBQ aboard and a casual sail home.

“The intention of the event was to offer sailors a competitive, but enjoyable destination race. It being on a Sunday what better location to sail to then Friar’s Bay. A collaboration with the Friar’s Bay Sailing Club made this possible, they organized the volunteers for the finish in Friar’s Bay while the Sint Maarten Yacht Club got their race committee to run the starts in Simpson Bay. The Sailing School in Friar’s Bay is quickly gaining more interest and we are keen to showcase their beautiful club house on the beach in Friar’s Bay. Having competed in each other’s event already, we are looking to grow the partnership and repeat events as this one last Sunday.” Said General Manager Michele Korteweg. 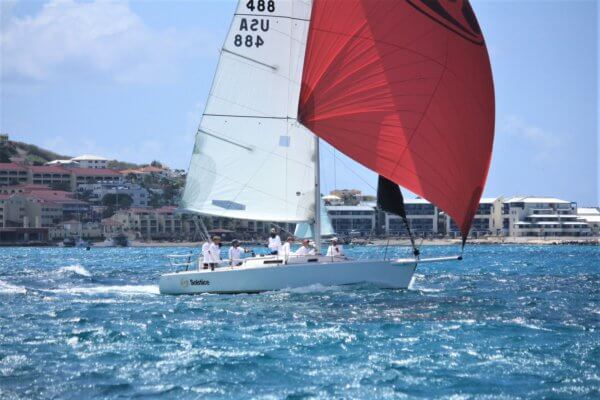 The Racing class consisting out of 5 teams was joined by one F18, sailed by Eric Pages. Organizers would like to see more F18s join in future events to provide them their own class.

The first race was a windward leeward course in Simpson Bay with an excellent start for Caraibes Diesel/CV Friar’s Bay, a Melges 24 skippered by Erwan le Normand. Frits Bus steered his Melges 24 Team Island Water World quickly ahead of the fleet and stayed there for the remainder of the race. Solstice, a J105 owned by Jordan Mindich, stayed close behind and took third place in this first race. Team IGY Racing in the J70 sailed well until they made a mistake on one of the down wind legs costing them a podium place in this first race. Wanna B was sailed double handed by Jan van der Eynde and crew. They were happy to take it easy and sail their own race.

Race 2 took the fleet from Simpson Bay to Friar’s Bay, with most of the boats hugging the coastline. IGY Racing was in full control of the boat and finished only mere minutes after the Melges 24 Caraibes Diesel/CV Friar’s Bay taking third place. This second race was a homebound stretch for Erwan and his team on Caraibes Diesel/CV Friar’s Bay, as they are all actively involved in the Friar’s Bay Sailing School. A well deserved second place. Adding a bit more distance gave Solstice advantage over the Melges 24s, still, first place was only a difference of sheer seconds.

That result put them in first place overall in racing class, a fantastic end of this racing day for Team Solstice. Owner Jordan Mindich travelled from the US specifically for this event, as it was new and seemed like casual fun. Perhaps not expecting to take the win home, it must have been well worth the trip to Sint Maarten!

Prize giving was hosted at the Friar’s Bay sailing club where drinks were provided whilst the day’s stories were exchanged. Prizes were awarded to the winning teams after organizers shown appreciation for all volunteers involved.

The next keelboat race will take place on May 15–16. For more information on this race, or for photos, results and much more visit www.smyc.com.