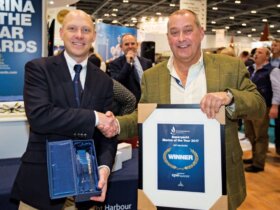 Sint Maarten – The new causeway bridge spanning the Simpson Bay Lagoon opened to vehicular and maritime traffic in late December. The 2508ft (760m) causeway supports two lanes of traffic and is accessed from roundabouts close to the end of the airport runway on its west side and the Dutch/French border to the east. A swing bridge at its center allows vessels access to all parts of the lagoon.

Canfield wins Alpari World Match Racing Tour 2013
Taylor Canfield rounded off a spectacular 2013 by lifting the Alpari World Match racing Tour trophy at the Monsoon Cup in Malaysia. It went down to the wire and the 24 year old rookie, originally from the US Virgin Islands and now living in Chicago, only finished 3rd in the Monsoon Cup and had to wait to the finals between Great Britain’s Ian Williams and New Zealand’s Phil Robertson. Canfield could only win the world title if Robertson beat Williams in the final, which he did by dominating from the start with a 3-0 win over the 2012 world champion Williams.

With the weather forcasters predicting doom and gloom the organizers were extremely pleased with the 40 children who showed up to help clean Kim Sha Beach, Simpson Bay, in between the rain showers.

The participating children came from different schools from all over St. Maarten including the Charlotte Brookson Academy, CIA, Sister Borgia and Milton Peters College. Children were given trash bags and gloves provided by the St. Maarten Nature Foundation and they certainly did a good job as two trucks were needed to get rid of the trash. The waste was taken to IGY Marina who allowed the team to use the garbage disposal facilities on site to get rid of all the bags.

By winning this event, GHCDS qualifies for a slot in the Southern District Qualifier for the National Doublehanded Championship (Mallory Cup), to be held March 29-30 in Sunbury, GA.

Volvo Penta Appoints New Dealers in Caribbean
Volvo Penta of the Americas has announced the appointment of Scotts Marine of Grand Cayman and Pirate Marine Hardware of Cozumel as full-line sales and service dealers.

Scotts Marine is a full-service marine center, offering a comprehensive range of boats, motors, trailers, batteries, gensets, parts, accessories and electronics, in addition to maintenance and service. The company will provide sales, service and parts for Volvo Penta engines throughout the Cayman Islands.

Pirate Marine Hardware, based in Cozumel on the ‘Mayan Riviera’, provides a full range of services for the commercial and pleasure boating market. The company has a fully stocked store with a wide selection of parts, supplies and equipment from over 40 major boating brands and will offer sales, service and parts for Volvo Penta engines in the Cozumel and Cancun area in the state of Quintana Roo, Mexico. 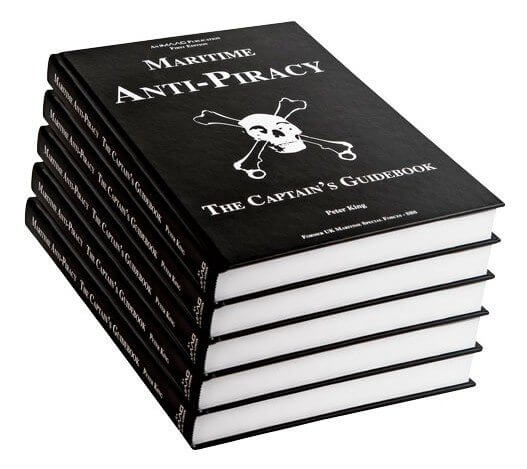 ’ addresses all aspects of global piracy and robbery at sea, at anchor and underway, including in-depth ship-hardening measures, identification systems and radar use, piracy prevention, citadel enhancement and safe areas, maritime law and even the use of tried and tested devices to guard against an illegal boarding.  The book is not designed to compete with or replace BMP4 (Best Management Practice 4), but to follow on and expand upon all relevant subjects making the passage of the crew, vessel and cargo as safe as possible.

“There is no other book in print that contains so much security information that’s relevant to mariners on board commercial ships and private yachts alike that may be venturing into high-risk areas,” says King.

King, 46, has first hand experience of piracy and has led professional security teams that have successfully warded off two separate pirate attacks on vessels underway in the high-risk Gulf of Aden that flows to the north of Somalia.

For more info, or to order, visit: www.imaag.co.uk

“We feel it’s important to both the sailing and marine industries for this regatta to continue so we decided to increase our support,” said Commissioner Beverly Nicholson Doty.

Over 1000 sailors plus families and friends attend the St. Thomas International Regatta annually. The three-day regatta adds around $1.1 million dollars to the territory’s treasury.

In addition to the St. Thomas International Regatta, the U.S.V.I. Department of Tourism sponsors other high-profile events hosted by the St Thomas Yacht Club such as the International Optimist Regatta and Carlos Aguilar Match Race.

Grenada’s PCYC hosts exciting Match Races on Rush 10 Catamarans
Report by Connie Martin
The Petite Calivigny Yacht Club (PCYC) hosted another great day of match racing at the end of November but instead of their usual small and gentle Hobie 14s, this was a day of team match racing on fast and exciting 10 meter (33ft) Rush 10 Catamarans.

With a registration limit of eight teams and an abundance of sailors wanting to experience Rush 10 racing, the team roster filled up quickly and ranged from serious racers and cruisers, to island residents, visitors and even families with youngsters. The event, centered on the spectator/committee barge stationed in the middle of Clarkes Court Bay, was won by Team Sail Caribbean ahead of Team Staudt.

The PCYC thanked Chris Long of RUSH Chocolate Trading Ltd., who provided the Rush 10 catamarans, Le Phare Bleu Marina for providing both the race barge and shuttle services, and Palm Tree Marine for providing the fast and efficient boat that the Judges zipped around in all day.