Goodbye Jaws! Makers of the wearable Sharkbanz 2, recognized globally by surfers, swimmers and divers to deter predatory sharks with amazing consistency, have come out with the world’s first shark-deterrent terminal fishing tackle. The tackle continues to gain support from the scientific community, respected charter boat captains, professional anglers, private fishermen and now government agencies. A recent study out of Australia backs the efficacy of Sharkbanz’s core electromagnetic shark-deterrent technology. Specifically, research showed the Charleston, SC-based manufacturer’s Sharkbanz Zeppelin, a Best in Category winner at this year’s ICAST Show, reduced the probability of sharks taking hooked fish from angler’s lines by 65 percent. Company owners believe their device could work for fishermen in the Caribbean too. 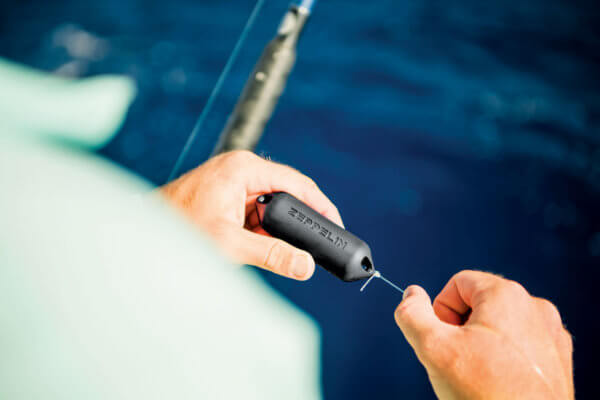 “The product should be quite effective at reducing shark depredation in the Caribbean. Much like the Florida Keys and the Bahamas, the same shark species are responsible for much of the bite-off on what are also mostly the same fish species,” says Nathan Garrison, who co-founded the company with his father, David, in 2014. “While the product was designed to reduce shark depredation in bottom fishing scenarios for demersal finfish, we are seeing positive results in early efforts by various fishermen in pelagic applications as well, specifically for mackerel and tuna. There have been no trials to date for reducing shark depredation of billfish. Fishermen have also discovered the product to be quite beneficial for wade fishing (by attaching it to the float on the stringer), spearfishing (both as personal protection and to protect the catch) and attaching to the shoes to prevent stingray stings.” 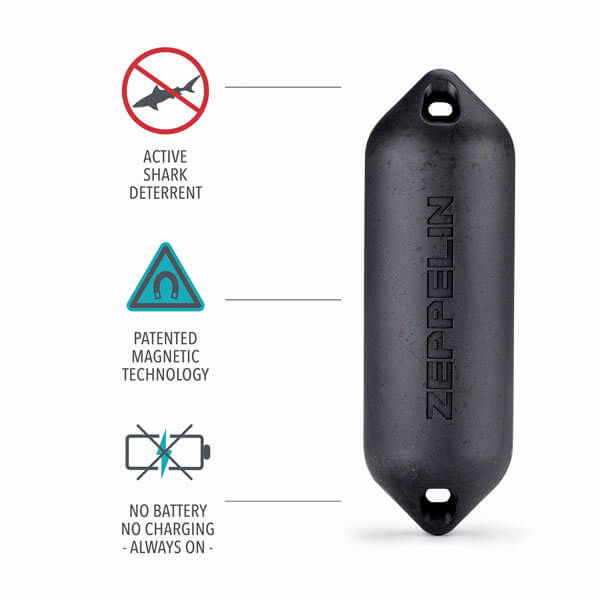 The Sharkbanz Zeppelin is available online at Sharkbanz.com. Distribution in the Caribbean will be available soon, says Garrison.

Spearfishing: Catch of the Day