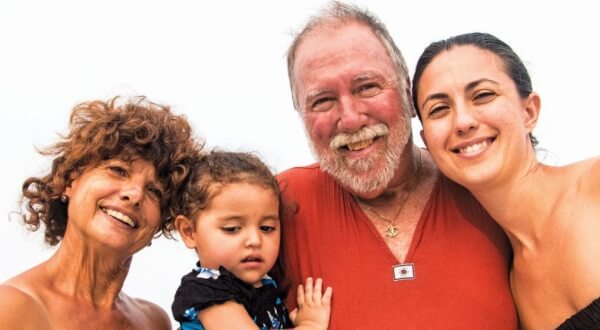 I grew up in a Utopian bubble with the belief that life was getting better because life would always get better—especially for us clever Westerners. We’d end up with more freedom, better education, a more informed electorate, better health care, cleaner air, and clearer water. Best of all, the middle class would continue to expand to encompass the lower classes—and economic prosperity would bless us all, just as surely as a rising tide lifts all boats.

As benign spirituality grew, the need for evil religion (our rabbit god is better than your duck god) would cease. And that, best of all, new technology (bigger, better, faster, smarter) would pave the way—and pay the way—for a lifetime of ease and convenience. Food would be abundant; just reach out to Mother Ocean for another fish and some delicious algae cookies.

Most of all, I dreamed of a day in which fairness and justice prevailed, where due process was reverted, and where—in the words of the living, breathing hero I marched beside numerous times—a man would be judged by the content of his character not the color of his skin.

Madness of Modern Civilization vs. the Joy of Offshore

And, for many decades, the world unfolded so I could convince myself I was correct—if not in the specific, then within the general trend. Hope was in air. We’d have a worldwide revolution without spilling a drop of blood—even the Beatles were on board!

Alas, I begrudgingly came to the conclusion that my timetable smacked of naivety. As I hit my 50s, it became apparent to me that, as much as I’d like to, I probably wouldn’t see the day when peace and love were the two most honored components of daily life, but my lovely daughter Roma Orion would. 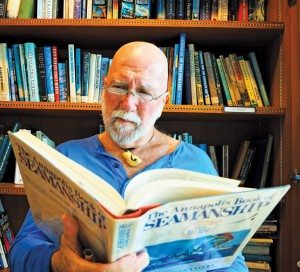 I could live with that—or, more accurately, die with it.

All of the above was based on the simple premise that democratically-elected leaders would represent the best interests of their constituency, that statesmen would be statesmen, and that the U.S. Constitution would protect us each step of the way—because when that revered document was found lacking we could amend it as we were doing with the Equal Rights Amendment. (Remember that concept—how important it was at one point in HIStory?)

When men talk of hunting, fishing or sex, it’s mostly about size isn’t it?

But I, as an international sea gypsy, took this entire school of euphoric thinking one step further: that the reason there were these ridiculous little boutique wars in Third World countries was because people couldn’t move their stuff. That war was a stuff thingy. And, thus, when mankind began to value personal experience & personal growth over plastic trinkets from Walmart, there’d be less value to war. The people would be more mobile and this mobility would dramatically change life in the local village because there would be no real need for a local village—that once we were wireless, we’d be address-less as well.

People wouldn’t need a fort because they’d have a Ford, and could see the USA in their Chevrolet. Who needed old-fashioned boundaries if they were broad-banded? Ah, sweet! And that this smooth mobility would, ultimately, free us from the scrounge of nationalism, that time-honored, ever-ready excuse for killing the other fellow because he wore his hair a certain way, or trimmed his toe nails in a jagged line—whatever, dude.

Since I grew up on the schooner Elizabeth and ocean-sailed on a succession of craft called Corina, Carlotta, Wild Card, and Ganesh it was only natural that I incorporate yachts and yachting into my world-view.

I’d be a citizen of the world. Yes, I’d retain my U.S. Citizenship with all its tribal badging, sure, but more as a sports affiliation like, say, rooting for Manchester United, the Green Bay Packers, or wearing a Messi t-shirt. All my stuff (and my entire professional life) would be on hard drives and SD cards and USB drives and computers and tablets and Kindles on my boat.

It was a complete vision of a new reality, an entire fresh perspective birthed from the deck of a small, private, windborne yacht.

The entire world would be my playground, and every country (with any economic sense) would be on my menu. I’d have more freedom and more lifestyle options than any man ever born. I’d vote with my keel and my worldwide mobility would be the Magic Key. Once citizens were considered customers rather than passive victims—Utopia would result.

Each nation would strive to provide the highest quality of life to its customers—and those hardworking nations that succeeded would be rewarded by an entire new style of slow-speed ecologically-pristine tourism. At last, the individual would be king of any country he resided in—or he’d just sail away to greener pastures on his Hylas 49.

This worked. It really did. There was a brief window. I took part in it. Then, one fateful day in the fall of 2001 I was putting my dinghy on deck in Darwin, Australia, in preparation of shoving off for Indonesia (the world’s largest Islamic country) when an Aussie couple rowed up, nodded sadly at my fluttering American flag of registry, and said, “We are oh-so sorry!”

Single Celled Sea Pearls – The largest of the Bubble Algae

And everything fluttered down with those buildings. The terrorists didn’t enslave us; we enslaved ourselves. We built walls and we tortured and we droned without the slightest thought we were sentencing ourselves to the same. The One Percenters waved the flag so vigorously we failed to notice their banks stealing our money.

The government went from watching out for its citizens to peering in at them suspiciously—with the largest theft of civil liberties in the world pushed through under the double-speak of the Patriot Act. Of course, the opportunistic Somali pirates launched their boats. Of course, People magazine distracted us with tales of the Kardashians. Of course, the majority of Baltimoreans rebelled against being used for target practice. Sure, Facebook erupted with the ‘news’ of the Starbuck’s holiday coffee cup.

Yesterday I took my two year old granddaughter Tessa Maria kayaking around the harbor. At first, I had her in front—eventually I sat her aft so she couldn’t see my eyes leaking. We paddled around for about an hour—with me asking myself, all the while, how could my generation—so intent on quality-of-life issues—bequeath a planet afire?

Cap’n Fatty Goodlander and his wife Carolyn are currently on their third circumnavigation. Fatty is the author of Chasing the Horizon and numerous other marine books. His latest, Creative Anchoring, is out now. Visit: fattygoodlander.com

Sailing with Charlie: Play With Yourself