Networking and new opportunities are on the horizon for two popular USA to Caribbean fall cruising rallies. First, the Salty Dawg Sailing Association (SDSA) will add a Newport, RI, start to its SDSA Caribbean Rally, in addition to its traditional start in Hampton, VA.

“There are a couple of reasons why we wanted to add the Newport start,” explains Bob Osborn, SDSA president. “For one, we had 82 boats last year, and a third of our fleet are catamarans, and there is only so much room in Hampton. We’re expecting some 100 boats this year. Also, for anyone coming from New England, having to go down to Hampson for the start adds another week. Leaving Newport is different from Hampton. The Gulf Stream is further out, and it’s late season. So, there are more challenges, and more experience, and larger boats are best.”

The SDSA Newport start teams with the North American Rally to the Caribbean (NARC), founded by Hank Schmitt, CEO of Offshore Passage Opportunities (OPO), who for the past twenty-plus years has delivered Swans to the Caribbean. The two rallies, which will remain separate entities this year organizationally, will share docking, facilities, meeting, and party spaces in Newport. Both will cast off around November 1, depending on weather. The SDSA will offer the option of a Bermuda stop for those coming from Newport and Hampton, and a stop in Bermuda, where there is usually shoreside entertainment and activities, is a staple for the NARC. From there, the Dawgs will sail to Antigua and NARC ralliers to St Maarten, as in past years. This team-up marks the beginnings of a bigger change for 2023.

“The SDSA wanted to offer a Newport start so our goal this year is to introduce them to all my contacts in Newport and Bermuda and St Maarten so they can organize the rally next year from Newport,” explains Schmitt, who plans to devote more time to his crew networking business, OPO. “I plan to then join their rally with my small Swan fleet and continue to end in St. Maarten. I am calling it the NARC/SDSA Rally this year and I think they will call it the SDSA/NARC Rally from Newport. Next year, we will drop the NARC name. If all goes well, it will only be the SDSA Caribbean Rally next year.” www.sailopo.com/NARC_2022.aspx, www.saltydawgsailing.org/caribbean-rally 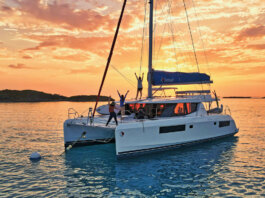 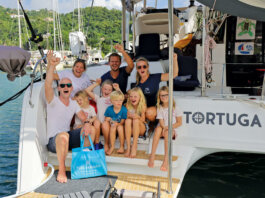 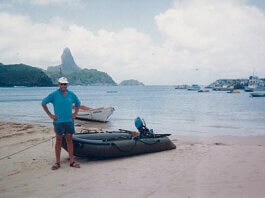