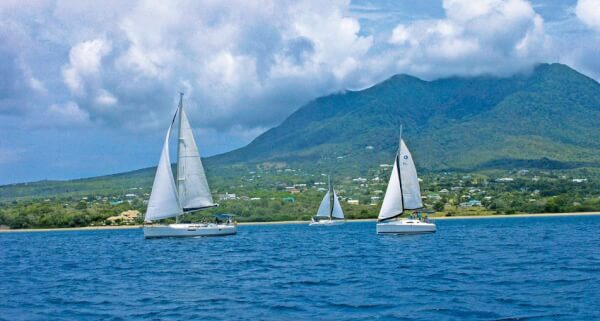 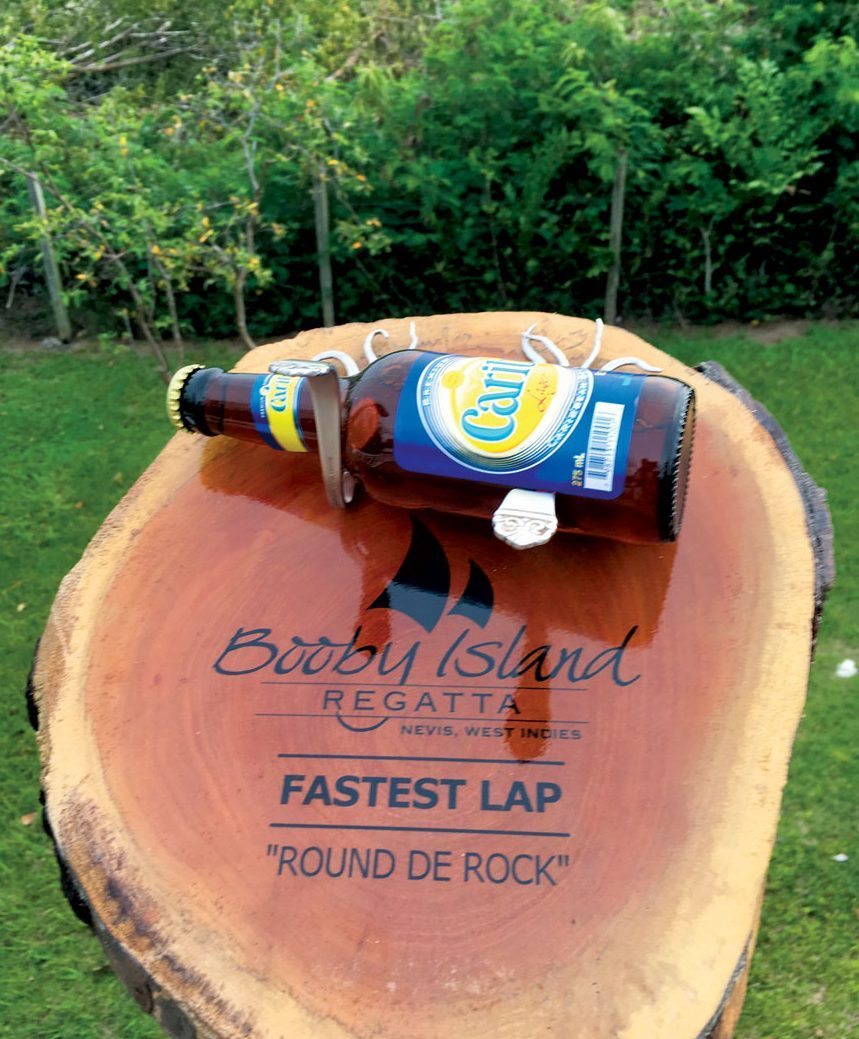 A successful Booby Island Regatta & Sailing Festival this spring served as a testing-ground for an even bigger event in 2017, while this fall welcomes a new sport fishing tournament in St. Kitts.

“This year’s regatta kept with its usual three-day formula designed to give everyone an opportunity to take part,” says organizer Jonni Murphy. “However, the ‘Chase the Monkey’ cross channel sprint from St. Kitts to Nevis was downgraded from a yacht race to a ‘first crew to the bar’ type of event due to weather conditions. Fortunately, the ‘Round De Rock’ circumnavigation of Nevis and the ‘Booby Island Cup’ went ahead as planned and saw some great sailing conditions and keen competition.

Bill Lumsdon and Wendy Smith won the Round de Rock race aboard their Hallberg-Rassy 53, OverStreet. Their secret to success?

“We invited a local fisherman friend who is very familiar with the 70 miles of ocean between Saba Bank to the north of St. Kitts and the Redonda Bank south of Nevis,” says Smith. “His knowledge of the winds, currents, reefs and shoreline helped us sail the shortest course possible.”

Peter and Marian Dupre championed the Booby Island Cup for the second time while racing their 1963-built Rhodes Chesapeake 32, Windspawn.

We either made a good job of reading the wind shifts on the windward leg, or just got lucky!

It was a pursuit race which is always fun when you have a wide range of sailboats boats right down to Hobie cats!” says Dupre. “Most of all, this regatta is about sailing, having fun and getting people out on the water. Our boat and one of the others took youths from junior sailing to give them experience of racing in bigger boats, which made the sailing all the more fun!”

A portion of the regatta proceeds benefits Nevis Youth Sailing at the Nevis Yacht Club.

The overall winner from both days of the Booby Island Cup was Phil Matthews aboard his HC Dogs Bollocks.

“We have some big plans in the works for this regatta in 2017, so stay tuned,” says Murphy.

On the sport fishing front, the first-ever Delta Petroleum Tournament will take place October 22nd to 23rd out of Port Zante, St. Kitts.

“Entry is US $200 per boat. Seventy-five percent of this will be awarded in prize money, while the other 25 percent will benefit a local orphanage,” says organizer, Capt. Leandro Quiroz.