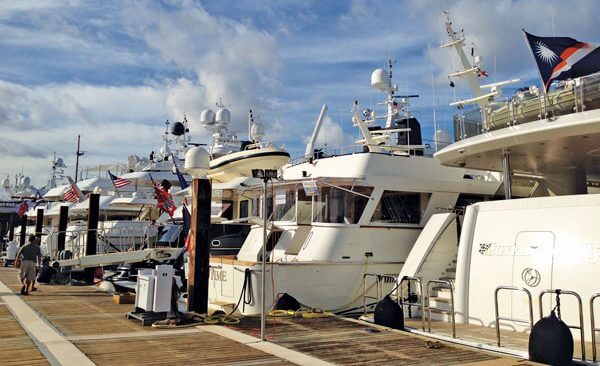 The bigger story is that the five days of show feeds the 360 other days of the year in terms of marine jobs and businesses.

The 2016 Annual Fort Lauderdale International Boat Show (FLIBS), the world’s largest boat show in terms of gross exhibitor space and vessels gathered for any event, pumped an incredible $857 million into the overall economy of the state of Florida.  This figure comes from an economic impact study conducted by Thomas J. Murry & Associates in conjunction with the  University of Florida on behalf of Show management, FLIB’s owners and producers, and the Marine Industries Association of South Florida (MIASF).  Other impressive numbers from the study include the $508.3 million in total sales by FLIBS participants; $380.8 million in estimated sales by Florida companies, of which $240.7 million was contributed by the tri-county area and $131.5 million by Broward County; and $304.3 million in statewide personal income and economic activity.

“The bigger story is that the five days of show feeds the 360 other days of the year in terms of marine jobs and businesses,” says Phil Purcell, MIASF executive director.