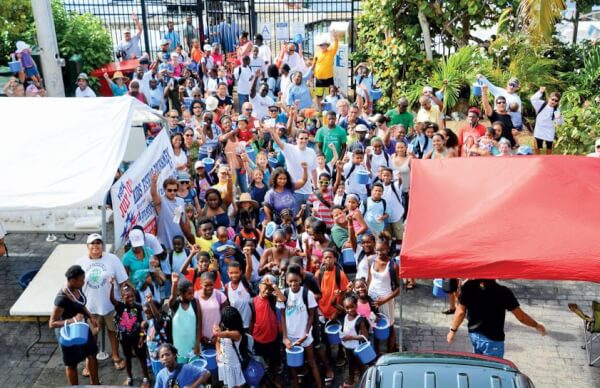 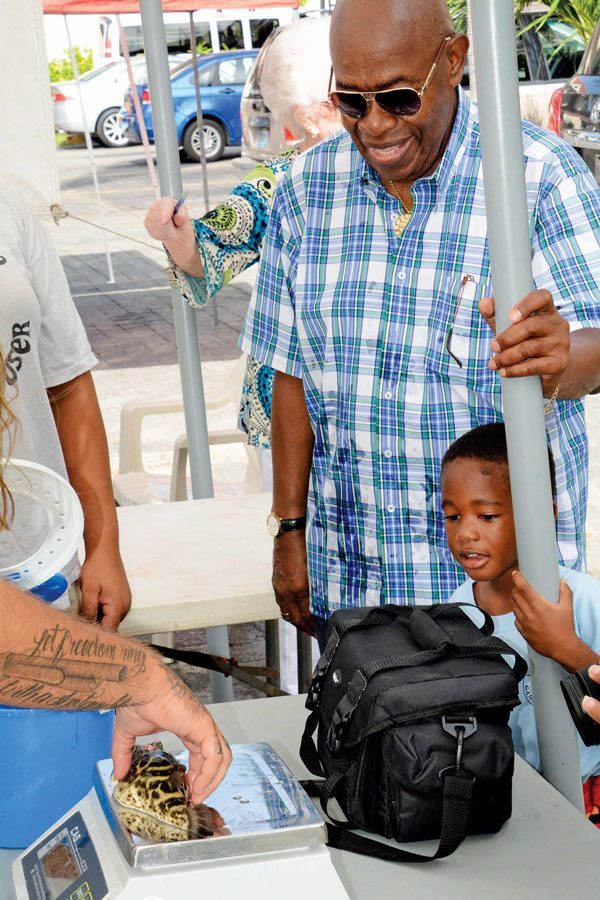 Four-year-old Kadmiel Warrell beamed brightly as he proudly walked his catch, a little pufferfish, to the weigh station with the help of adult, WSTA radio personality Addie Ottley. Warrell was one of the first junior anglers to catch a fish in the Virgin Islands Game Fishing Club’s Kids’ Fishing Tournament, held July 10 at IGY’s American Yacht Harbor Marina. What’s more, this was the first fish Warrell had ever caught, a feat he called “fun.”

Some 171 junior anglers, age 12-and-under, along with parents and guardians, took part in this 30-plus-year-long event, which is designed to introduce kids to the love of sportfishing. Everyone who tried their luck reeled in a lot of fun even if a fish wasn’t at the end of their line.

Down the dock, Wesley McCartney, 3, excitedly dropped his catch into a bucket to take to the weigh station.

“I always wanted to,” McCartney said, in response to a question about how he liked fishing.

Shane Edwards, 8, received a short lesson on how to cast his baited handline from tournament director Paul Meyer.

“It’s good, for my first time,” said Edwards as he practiced what he was taught in search of a catch.

Members of the Virgin Islands Game Fishing Club walked the docks and helped junior anglers and adults alike with everything from fishing technique to untangling lines.

Eleven-year-old Eve Williams seemed to be a pro, having fished this event for the past three years with her brother and sisters.

“I caught a lobster last year and got the Most Exotic fish prize,” says Williams.

What I like best about this (tournament) is there are lots of other kids to fish with and we get to put the fish back in the water so they will live.

Thirty-five of the registered anglers were members of the Boys & Girls Club of the V.I.

“We started by bringing 18 kids nine years ago,” says Club director Jackie Brown. “Since then, many of the kids have learned to swim, sail and boat and now they want to catch fish. The more the word passes, the more the others get excited and want to come too. Now, they all want to be part of this.”

Puffer fish, snapper, barracuda, lobster, an eel and a couple of crabs numbered among the day’s catch. Junior anglers practiced conservation by keeping their fish in a bucket of seawater until weighed and then released their catch back into the sea.

The overwhelming success of the tournament played out over the young faces as they ate pizza and drank cold drinks following the 11am call for lines out.

We had smiling faces up and down the docks,” says Meyer. “That’s what fishing is all about. It’s important to pass these skills to the next generation.

All registered anglers received free entry, which included a T-shirt, backpack, handline and bait. Prizes included rods and reels, gift certificates, beach bags, jewelry, trophies and much more donated by local businesses. The prizes were awarded in two age groups: Up to six years and seven- to 12-years.