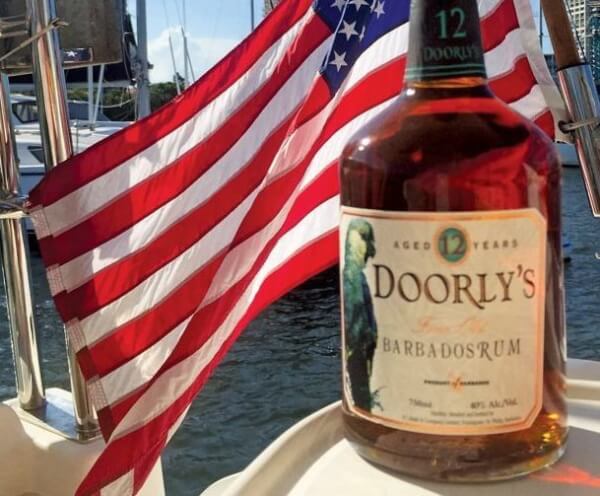 Barbados is one of our favorite Caribbean Islands. There you will find the most genuine people and, in our opinion, some of the best rums in the world.

When we were there we bought a Doorly’s XO and have nursed that bottle to the final drop. Foursquare Distillery has now brought to a wider distribution market Doorley’s 12 Year Old.

Rum made in Barbados is known as Bajan Style Rum. By law, the rum is not permitted to have any additives other than caramel for color. Barbados has three main distilleries — Mount Gay, The West Indies Distillery and Foursquare, producer of Doorley’s. Master Distiller and Blender, Richard Seale is one of the top proponents for pure and unadulterated rum. Seale is the fourth generation to work in the family business which was founded in 1926.

Doorly’s 12 year old is a blend of pot still rum, which brings complexity and depth, and column still rum, adding a balance of aroma and flavor. Ninety percent of the rum is then aged in Kentucky Bourbon barrels while the other ten percent is aged in Madeira casks for 12 years.  The rums are then married for a period of time so the two can fully integrate. Mr. Seale’s innovative approach to blending has created a unique and distinctive product well worth the $24.99 price tag.

He Said
I get a bit of vanilla and caramel on the nose with a slight alcohol punch. The initial sip retains the vanilla but adds orange and coffee. There is a slow burn which gives way mid-palate to a nice warming sensation. Further sips lead me to contemplate the casks in which it was aged. My guess is bourbon because I’m not overwhelmed by sweet notes. This is a smooth, well balanced sipping rum which provides just enough complexity at this price point to be satisfying.

She Said
The hue reminds me of a midsummer sunset painted with a mix of orange and reds. The nose is soft and subtle with orange and floral notes leading me to believe it was aged in sherry casks. I was surprised when heat immediately hit my tongue and mid-palate. There is pepper, tobacco, and a slight alcohol burn which dominates. Where did the inviting notes go? The liquid is very warming going down which makes me sweat a bit on this warm summer night. Upon my second sip, the notes balance out quite nicely bringing into harmony the subtle notes of the nose and the spice of the tobacco. I’m really beginning to enjoy this rum.

Overall
Though we enjoy the warming of Doorly’s 12 year old, there is something to be said about the time of year you present this rum. It would be best enjoyed late fall to early winter when the frost hits the pumpkins.