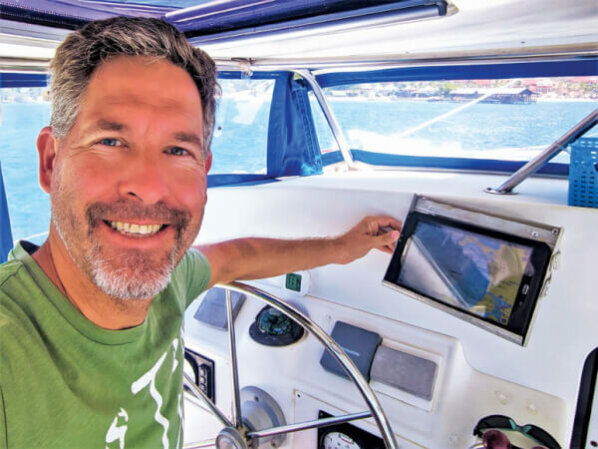 During the global pandemic I was stuck aboard Guiding Light, a Lagoon 410, in St Lucia for over a month. During that time I worked on the boat and started by doing a spring cleaning in my spares locker and finding some parts and material that I forgot I had. As soon as I saw them I knew they would be perfect to build a bracket I wanted at the helm to hold my tablet that replaced my chart plotter. 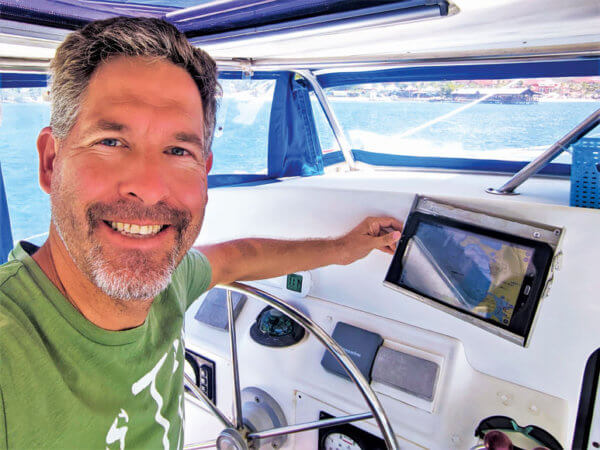 Many people have asked why I am replacing my charter plotter with a tablet using Navionics software and the answer is simple.

My chart plotter is a Garmin 4212 which came with Guiding Light when I bought it 11 years ago. I figure the Garmin is probably 13-15 years old and the screen has started to go dark and pixelize in the middle. I tried for a couple months to find a new screen, since the rest of the chart plotter worked great, but I was told this model has not had parts available for years. This left me with buying new as the only option. Well, comparing a GPS enabled tablet with a waterproof case at around $300 and a new charter plotter at $4000-5000 it did not take me long to decide which way I wanted to go….In fact I bought two tablets and still saved SO MUCH money. The added benefit is that the tablet saves me a ton of battery power. 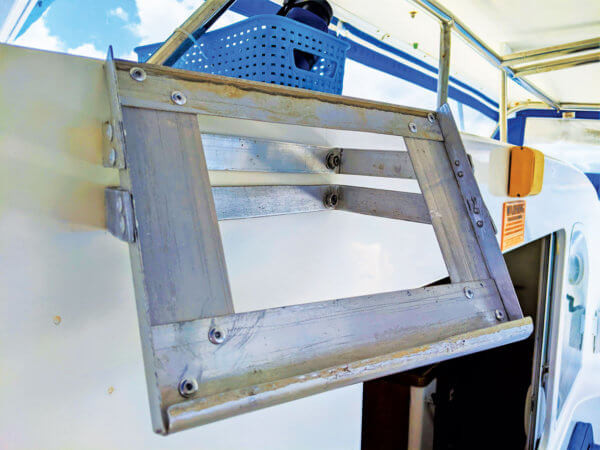 Now I needed a place to hang the tablet as I sailed the seas.

That is when I found the L shaped aluminum angle iron in my spares. As soon as I saw it I knew it was perfect for what I had in mind and with that said I was off. It took me about eight hours total as I used a hacksaw to cut the aluminum to the lengths I wanted and then sawed one side down on the three pieces to the proper depth. I even used one of the sawed off pieces as a backing plate. Next I used my vice grip and slowly bent one of the L shapes to form a curved lip. Once done I used a grinding wheel on my cordless drill and smoothed out all the edges and corners and then drilled holes to rivet the whole thing together. 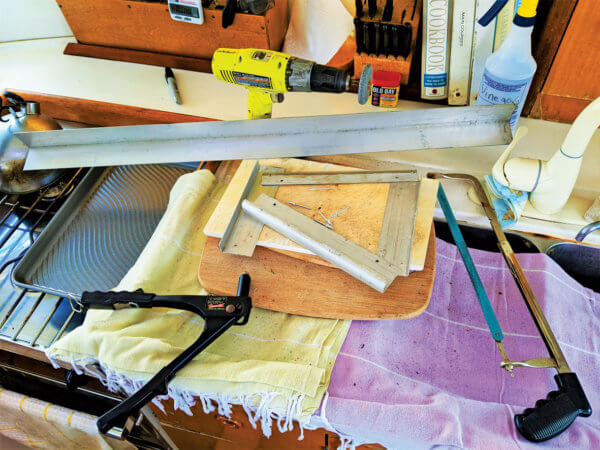 All I had left to do now was take two aluminum bars and bend them to the right length and angle so I could attach the bracket to the bulkhead. The first one went great, but the second one was more brittle and kept snapping every time I bent it using the vice grip and I ran out of material. Also one of the butterfly bolts I had used to attach the old charter plotter to the bulkhead broke. At this point I had to stop until I could get to shore to get some new material.

Turns out aluminum bar is harder to find in the islands than I expected and I was shot down after visiting 4-5 hardware stores. That is when it dawned on me to check the metal shop at the boatyard. I should have gone there first (and will in the future) because what I needed was sitting right there. As soon as I got it back aboard I fixed the broken bolt with parts I did find at one of the hardware stores and bent the new bar perfectly. I drilled holes in it, grounded it down, and riveted it all together. 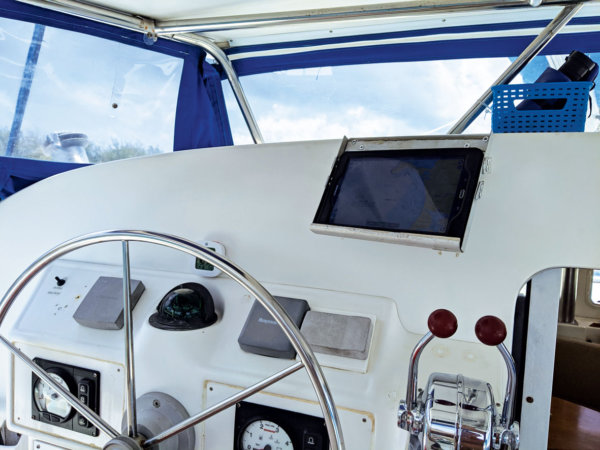 It turned out exactly as I had hoped and the only thing I wished I had done was use a GoPro on time lapses to document the work I put into the creation.

Captain Shane is sailing the Caribbean and loves to share stories about the islands and life aboard. Check him and the Guiding Light out at svGuidingLight.com