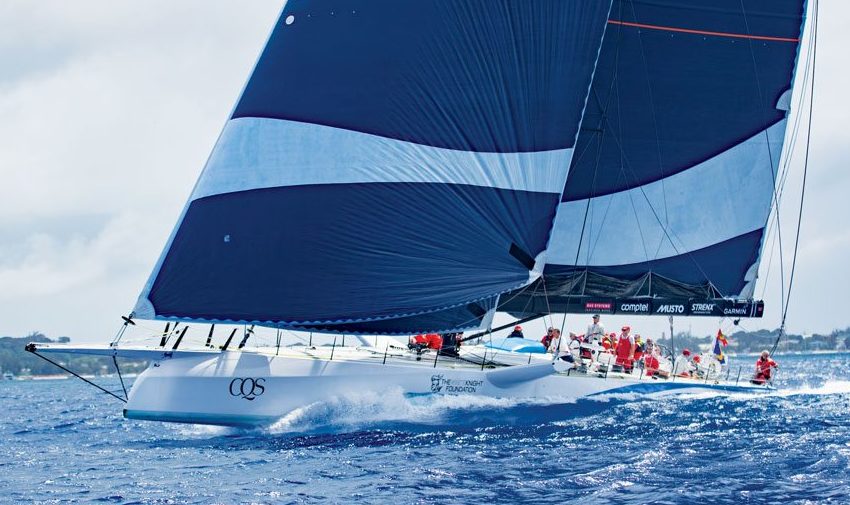 Close competition in several classes made for exciting racing on the last day of both the Puerto Rico Heineken International Regatta and Puerto Rico International Dinghy Regatta at Palmas del Mar. Up for grabs? Trophies and, most importantly, bragging rights to have won the island’s premier sailing event and to have won a regatta that’s a signature fixture on the Caribbean regatta scene.

“We hadn’t raced in two years and I just got this boat last summer,” says Sagramoso, who raced it for the first time in the 2011 St. Maarten Heineken Regatta and missed a third place class finish by one point. “It’s been a steep learning curve, but I’m happy to win and I think this shows we have learned a lot.”

The boat was new but Sagramoso was sailing with the same crew he successfully campaigned with for years aboard his former Lazy Dog, a Beneteau First 40.7.

“They beat us in the first race the first day when we got a ninth place,” says Sagramoso, of Smile & Wave, “but after that we didn’t finish out of the top three.”

Meanwhile, Smile & Wave’s Torres had his own fight on the last day. One he finally won, tying St. Maarten’s Frits Bus’ Melges 24 Coors Light on points, but winning the Spinnaker A class by having a greater number of first place finishes.

“It was very close all weekend,” says Sanpere. “We almost felt like we were match racing them. In the end, I don’t think I had enough people to hold the boat down in the 18 to 26 knot winds.”

In the IC-24 class, Puerto Rico’s Fraito Lugo, sailing his Orion, got out front early and stayed there.

“We crossed the finish line while racing during the first race and were disqualified in that race,” says Lugo. “But after that we finished with almost all first places.”

Forty-five boats in nine classes sailed offshore between Puerto Rico’s southeastern mainland and the island of Vieques, racing on a mix of windward-leeward courses, and courses with reaches for the cruising classes in the Puerto Rico Heineken International Regatta.

“There were excellent winds today for racing. It was exciting,” says Jose ‘Yoyo’ Berrios, sailing instructor at Club Nautico de San Juan, who brought some of his junior sailors to compete.

This year’s event featured two trend-setting firsts. One, there was a stand-up paddle boarding (SUP) exhibition and competition. Secondly, ONDECK Sailing brought two of its Farr 65s to race for corporate groups.

“ONDECK presents an opportunity for corporations to charter these large yachts as an incentive for their employees,” says regatta director, Angel Ayala. “This is a wonderful door that is opening for nautical tourism to Puerto Rico.”