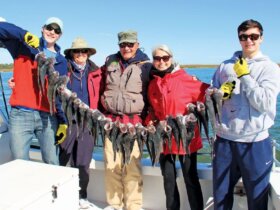 Sportfishing industry jobs and recreational fishingâ€™s economic impact will now be accounted for as part of the U.S.â€™s gross domestic product, akin to other industries such as automobiles and pharmaceuticals, thanks to President Barak Obamaâ€™s signing the Outdoor Recreation Jobs and Economic Impact Act (Outdoor REC Act) of 2016 into law in December.

â€œSportfishing is a major economic driver in Florida, contributing to $9.3 billion in annual economic activity and employing more than 123,000 Floridians,â€ says Gary Jennings, manager of Keep Florida FishingÂ®, an advocacy arm of the American Sportfishing Association with the goal of ensuring Florida anglers have clean waters, abundant fisheries and access to both. â€œFlorida is the Fishing Capital of the World and the federal Outdoor REC Act will have a positive impact on our more than 3 million licensed anglers by highlighting the important contributions of anglers to Floridaâ€™s economy and to conservation.â€ www.KeepFloridaFishing.org.