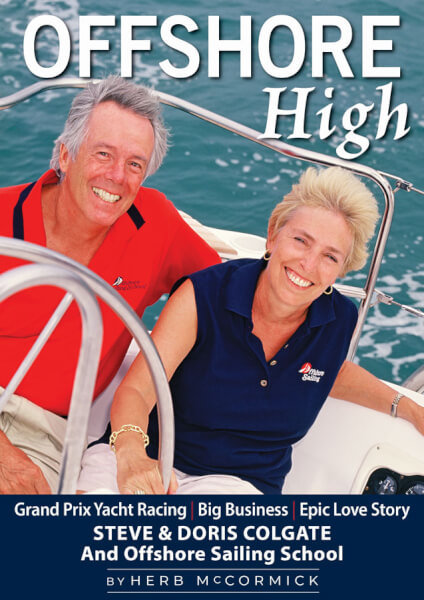 A lifetime of sailing, much of it within the Caribbean, is the subject of a new biography titled Offshore High, that profiles the husband-and-wife team of Steve and Doris Colgate. Steve, an Olympian, America’s Cup Sailor and National Sailing Hall of Fame Inductee, founded Offshore Sailing School in 1964 in Fort Myers, FL. Doris joined Steve in running the company in 1969. 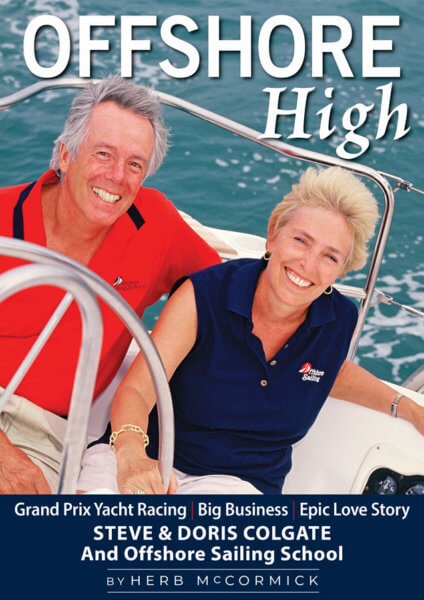 “We have been teaching sailing and cruising in the Caribbean since 1974 when we opened our first school location there at Treasure Isle Hotel in Road Town, Tortola,” says Colgate. “We started the concept of flotilla cruises with our first event in the British Virgin Islands in 1972. Before that, if you wanted to charter five boats for a group cruise, you had to deal with five owners and five different contracts. When Charlie and Ginny launched The Moorings charter company, this became simply signing one contract. Doris and I personally led at least 70 cruising vacations, most of them in the Caribbean starting with that first one in 1972. Since then, Offshore Sailing School has conducted more than 200 flotilla cruises, with more than 4,000 graduates and guests participating over time. We love the British Virgin Islands and the people. It’s the most beautiful sailing in the world.”

The 288-page hardcover book is written by Herb McCormick, author and executive editor of Cruising World magazine, and published by Seapoint Books & Media LLC. It’s filled with decades of stories and more than 170 photos covering the Colgate’s upbringings, racing, and industry accomplishments. The price is $39.95. www.offshoresailing.com