ALL AT SEAThe Caribbean\'s Waterfront Community
HomeFishName That Tune
FishLife 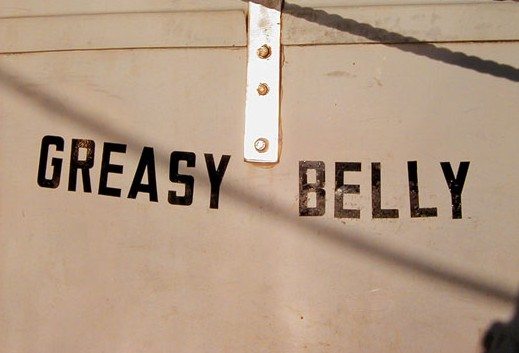 What’s in a name? A lot when it comes to boats! Taking ownership of a new vessel, buyers face the daunting task of coming up with a name for their treasured possession. It’s never easy and not everyone gets it right.  Some names can cause a little mirth while others garner serious ridicule. Jan and I owned a famous yacht called Driac II and the name came with a wonderful history. The yacht, a 32ft cutter built in 1931 for Scots eccentric A. G. H. MacPherson, made some astounding long distance small boat voyages before the Second World War. MacPherson wanted to honor his friend, Sir James Caird, the principal donor of the National Maritime Museum in Greenwich, London, by giving the yacht his name. But there was a problem. Back then, no two boats on the UK Register of Ships could bear the same name, and the lifeboat in which Sir Ernest Shackleton made his amazing voyage from Elephant Island to South Georgia after his ship, Endurance, was trapped in the Antarctic ice and sank, was already called Sir James Caird. MacPherson got around the problem by calling his yacht Driac, which is Caird spelled backwards.

A commercial fishing boat I owned was named Cockle Kate, which I thought was rather lovely. A 36ft sloop we delivered across the Atlantic went by the name of Tropical Seas and whenever we called a freighter on VHF, they always assumed we were a container ship. On several occasions I asked why? And the answer was always the same … because of the yacht’s name. This means people make an assumption about the boat based solely on the name! Powerful stuff, eh?

You would think that no one in their right mind would call a yacht Titanic, but people do. I’ve seen at least three during my time at sea. And I haven’t come across a boat yet with ‘wind’ in the name that doesn’t make me think of flatulence.

Something that many people overlook when naming their boat is what happens if they have to call for assistance. Stumbling over extremely convoluted boat names while manning a bilge pump and shouting into the microphone of a VHF radio, only for the potential rescuer to insist you repeat the boat name over and over again, will not help your peace of mind. Even worse if they burst out laughing!

In this edition, Barbara Hart comes up with a fun story of how one couple picked their boat name and went cruising. Fact or fiction! You decide.

The waters of the Caribbean are the best in the world for diving, fishing, sailing and motor-boating. And to say the Caribbean lacks seasons is not true for thousands of visiting sportsmen and women. This month sports fishing features strongly in the pages of All At Sea, and rightly so. Sports fishing forms part of a massive leisure industry enjoyed by thousands every year but it’s not a sport without controversy.  Happily, the practices of the past are being tempered by new methods of conservation and the tag and release program has earned the industry our praise and respect.

Good environmental practices not only help protect our oceans, they also make all our water-sports more enjoyable in a world where sustainability is the name of the game. Striking a balance is never easy and someone is bound to feel unhappy or even bullied by rules that limit our freedom. A case in point is the introduction of marine reserves in the coastal waters of some islands where anchoring is suddenly restricted or even prohibited.

Restrictive or not, we need marine reserves; tag and release programs, Blue Flag schemes, and environmentally friendly boatyards. Only by working together can we leave a sustainable leisure industry in our wake, one that every water-sports enthusiast, resident or visitor, can enjoy. We owe it to the people of the islands and we owe it to ourselves.  The alternative is unthinkable.