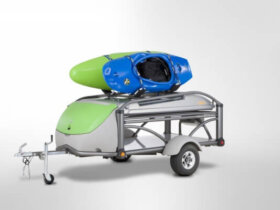 The old idiom, "always a bridesmaid, never a bride" didn't ring true this year for Barry Weshnak and his team aboard his 52-Viking, Miss Annie. After finishing third in 2007 and second in 2008, the Palm Beach, Florida-based team won the 2010 Bahamas Billfish Championship (BBC) title with the release of six blue marlin and nine white marlin over the series' five legs.

"I've been billfishing for twenty-five years, going to the Bahamas for ten, and fishing with the same five team members – Capt. Matt Rabenstine on the bridge and Greg Bogdan, Mark Donohue, Nick Lucov and Frank Napurano in the cockpit – for the past four years," said Weshnak. "I think this last fact is noteworthy and a big part of our success."

This year's BBC kicked off with the Central Abaco Championship held at the Treasure Cay Resort and Marina the last weekend in April. Cool water made for an off-bite, however the Miss Annie team got off to a good start by releasing a white marlin the first day.

"A big blue marlin, about a 600-pounder, crashed the trolling spread on the second day before disappearing into the sea," said Rabenstine. "We tried hard to find a billfish the third day, but it wasn't to be."

The leg two Cape Eleuthera Championship, hosted by the Cape Eleuthera Resort & Yacht Club in mid-May, was again plagued by cool water as far as the bite was concerned.

"We used all our resources – local contacts, sea surface temperature charts, everything," said Rabenstine. "We even pre-fished a day before the tournament but just couldn't find good water within the tournament's boundaries. During the tournament, we did raise a blue marlin to the teaser but never got a bite out of it."

Miss Annie's luck changed during leg three, the Harbour Island Championship fished out of Harbour Island Marina and Yacht Club in late May, when the warm water moved in.

"We experienced some good conditions at Hole in the Wall. The edge was full of life – squid, flying fish and birds everywhere,"
said Rabenstine.

Miss Annie headed back to the Abacos for leg four and the Boat Harbour Championship, hosted by Abaco Beach Resort & Boat Harbour Marina in early June.

"It was flat calm for the week and conditions were ideal as the water temperatures continued to rise," said Rabenstine.

The team's anglers released a blue marlin on day one, then the crew let go of a white marlin and pulled the hook on a blue marlin on day two. They got back in groove on day three with a blue marlin release. Miss Annie finished the leg in fourth, but the points they amassed were just enough to keep them first in the overall standings going into the final leg of the series.

"We were really gunning to win this year," said Weshnak. "Calling the final day nail-biting is really putting it mildly."
The fifth and final Treasure Cay Championship, held out of the Treasure Cay Resort & Marina, took place in late June.

"We were three days before the full moon and there was a good bite leading up to the tournament," said Rabenstine.

Day one the Miss Annie crew released a blue marlin, while the next day they released both a blue and a white. On day three, a marlin was raised but wouldn't eat. Once again, the team finished the leg tied for fourth place. However, the points they added in this leg were more than enough for them to claim the overall Championship. Full results: www.bahamasbillfish.com

Bradford Marine is proud to support the Sir Charles Hayward Library and mission. We’re passionate and devoted to the growth and success of this community

MarineMax Vacations Expands to the Bahamas, Partners with Navigare Yachting

Cruise the Abacos with MarineMax Vacations. as it re-opens its base at the Conch Inn Marina at Marsh Harbour.