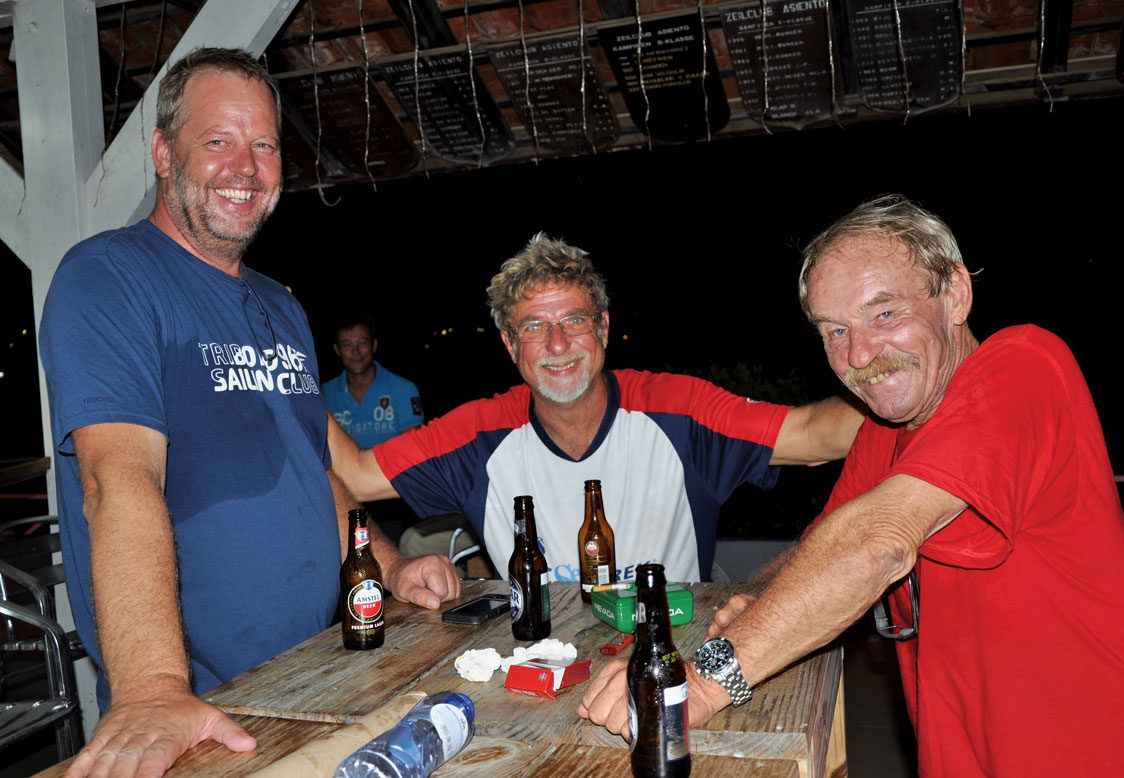 As many sailing locations worldwide were gripped by winter's snow and ice, the 2010 RORC Caribbean 600 Race hosted by the Antigua Yacht Club departed English Harbour, Antigua on February 22. The event attracted crews from over 20 countries worldwide who were gripped by their own weather issues.

This second outing of the 605 nautical mile offshore event took the fleet to the north passing a mark off Barbuda, the islands of Nevis, Saba and St. Barth, to circle St. Maarten/Martin before heading down to Guadeloupe as the most southerly point, then back up to a mark off Barbuda before returning to finish in Antigua via Redonda.

This was the first time Karl Kwok has sailed in the Caribbean and, by the smile on his face, it won't be the last. His helmsman Gavin Brady said, "This race has something for everyone, certainly a race course where you have to concentrate all the time."

Danilo Salsi's Swan 90, DSK Pioneer Investments, finished on Thursday, February 25 at 11:25:41. The magnificent Swan was the second monohull home, but in the light conditions they were never going to beat Beau Geste to Antigua. "It was more Mediterranean than Caribbean," commented Salsi, "because the wind was much lighter and the wind shadow effects are something that we have to deal with in the Mediterranean."

At the prize giving on Friday, February 26, the undisputed star of the show was Karl Kwok. Beau Geste picked up the monohull line honours trophy, Class Super Zero trophy and the RORC Caribbean 600 trophy for best yacht overall in IRC. Winner overall of the CSA division and second place overall under IRC was Richard Oland's Southern Cross 52, Vela Veloce.

"I have never cleaned up as well before so it feels really good," smiled Karl Kwok. "Beau Geste races all over the world and I would like to invite all of the competitors we come across to do this race. The sailing is as good as can be."

Due to the loss of wind on day three, most yachts retired and turned on their engines, with just eight of 22 IRC yachts finishing. However, one refused to throw in the towel. On Sunday, February 28, two days after prize-giving, having spent six nights at sea, Willy Bessaint and Benoit Reffe's Class 40, Tradition Guadeloupe crossed the finish line in the early hours. A large contingent greeted them, including Elizabeth Jordan, Commodore of the Antigua Yacht Club, and Ian Loffhagen, RORC Racing manager. Every yacht was welcomed back to Antigua, regardless of the time.

"We were never going to retire," Said Willy Bessaint dockside. "The RORC Caribbean 600 is a big part of my training for the Route de Rhum, which I will be racing solo, later in the year." After a quick shower, the two sailors set sail for home (Guadeloupe) and work. The last yacht in the 2010 RORC Caribbean 600 was finally accounted for. Full results: www.caribbean600.rorc.org