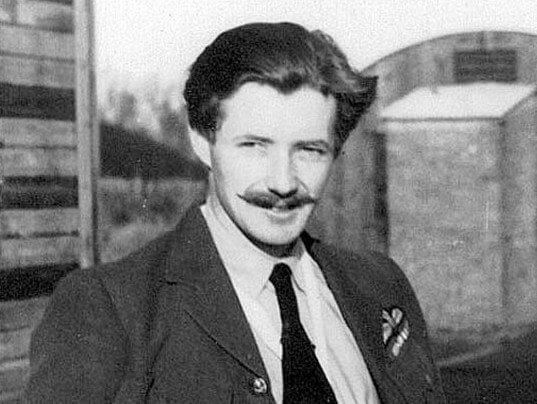 Hero and entertainer, Anthony Noel ‘Tony’ Snell, who has died aged 91, was the owner and star performer at the Last Resort on Bellamy Cay in the BVI, a ‘must stop’ on the charter boat circuit.

Coming of age in wartime Europe, Tony Snell joined the Royal Air Force and after training in the United States became a pilot under the US/UK bilateral ‘Arnold’ Scheme. On one mission in 1943 his Spitfire was shot down over Sicily and he escaped two attempts on his life by Germans who thought he was a spy. During one escape attempt he was shot, a bullet lodging dangerously close to his spine, but he survived and later, with the help of partisans, managed to make his way to neutral Switzerland. Towards the end of the war he flew the experimental Meteors, some of the first ever jet airplanes. Snell was awarded the DSO, one of very few awarded exclusively for escaping from the enemy. 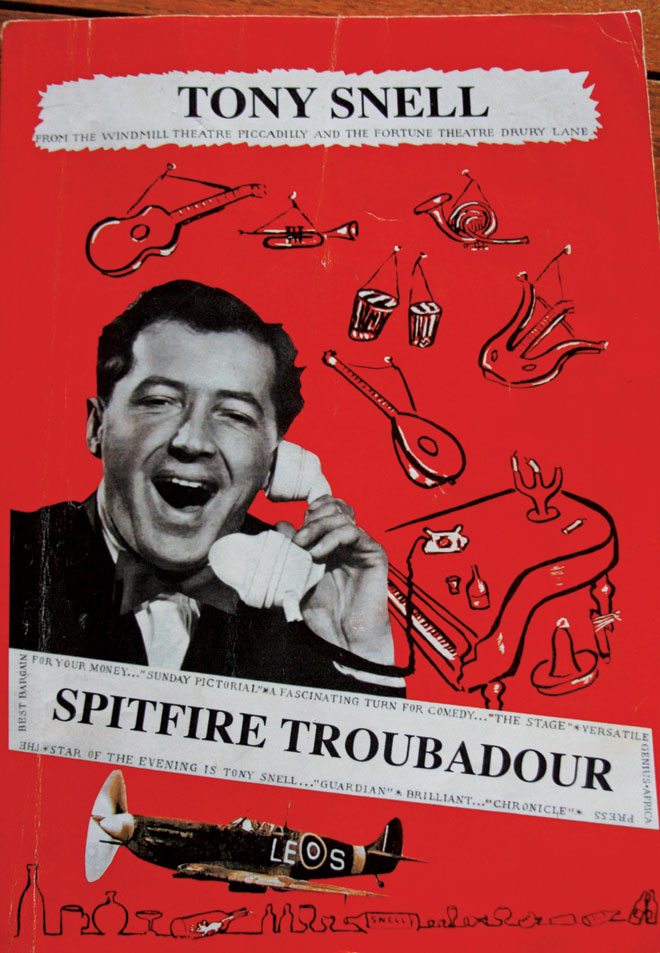 After the war Tony’s natural talent as a musician and raconteur led him into the entertainment industry and one of many venues was London’s famous Windmill Club. In the heart of ‘red light’ Soho this club was famous for scantily clad, high-kicking dancing girls – Britain’s answer to the Folies Bergere. Other venues included American-style bars in France, various locations in Africa and several stints in the United States. In New York he met his later-to-be wife Jackie, an art director with Harper’s Bazaar.

It was soon after this that the travelling bug bit again but this time it was Ibiza in Spain’s Balearic Islands that beckoned.  Here, whilst operating a day-sail business on a small catamaran, they heard that a young doctor by the name of Robin Tattersall, who had recently been appointed as medical officer to the British Virgin Islands, was looking for some help running a small charter boat company, ‘Virgin Voyages’ with three Westerley 28s. They made the necessary arrangements, flew out, and started running the small concern in the late 60s whilst living on an old houseboat.

But Tony’s talent lay in the entertainment business; he was now a skilled musician, entertainer, raconteur and stand-up comedian. With the foresight that the yacht chartering industry was here to stay, he, with wife Jackie, started the Last Resort restaurant and cabaret venue. After a fire burned down their initial operation in Little Jost van Dyke they finally leased the property on Bellamy Cay in Trellis Bay. Since opening in 1973, 40-years ago, the attraction has been a ‘must stop’ on the charter boat circuit. The restaurant was known for its ‘Gargantuan Buffet’ and a ‘Year’s Supply of Belly Laughs’. Many famous names passed through the portals of the Last Resort: Walter Cronkite, Ted Kennedy, Ronald Reagan, Morgan Freeman, Dick van Dyke, Barbara Walters and John Travolta to name but a few.

When Jackie passed away in 2001, Tony went into semi-retirement; he was almost 80 years of age. Daughter Jessica, son-in-law Ben and son Jeremy took over the legendary restaurant. Later in the decade Tony decided to write his memoirs in ‘Spitfire Troubadour’ chronicling a lifetime of excitement, fun and adventure. He would split his time between the UK and Bellamy Cay and on many occasions it was a great pleasure to see him make a surprise guest appearance.

There have been huge outpourings of condolences in blogs, online chat forums and other media, all testaments to the grief and loss felt by his many fans and admirers.

All At Sea would like to thank Julian Putley for this tribute and we join Julian in sending our condolences to Tony’s family. I had the pleasure of seeing Tony perform at the Last Resort many times … he was a one-off, a great entertainer and an amazing guy – Ed