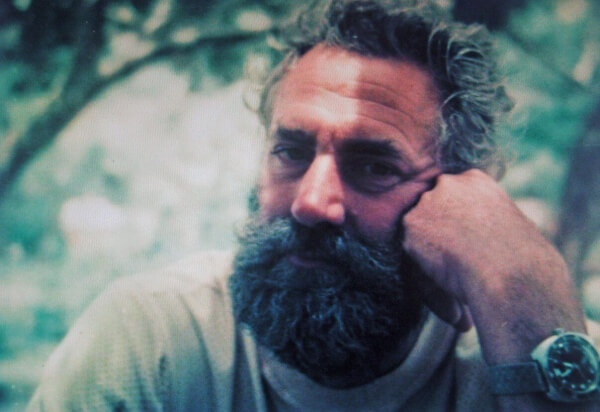 Julian Putley remembers August ‘Augie’ Hollen: Innovative builder of Cowhorn schooners
Augie, quite simply, was your quintessential Caribbean renaissance man. He arrived in the Virgin Islands in the ’60s on a yacht delivery, found the flavor of the islands to his liking and made them his home for over fifty years. His freedom-loving nature, love of boats and a special kind of creativity gave him an enduring respect from the waterfront community. He began building small boats at Avery’s boatyard in St. Thomas’ Frenchtown but it was the Cowhorn schooner that finally grabbed his imagination and he set out to build one in the strip plank method of construction. The beamy and shallow draft design vessels originated in Block Island off the often stormy US east coast, where seaworthy craft were needed for fishing and cargo. Hollen, fondly nicknamed the ‘Last Viking’ because of his heritage, reckoned that the design would be well suited to the Caribbean, and he was right. The design affords a roomy interior and the freestanding rig is simplicity itself. He named the boat Taurus. Soon another Cowhorn appeared, built by renowned artist Les Anderson on Hassel Island with a more traditional schooner rig. Augie was quick to throw down the gauntlet and propose a race. It was to be the first of Foxy’s Wooden Boat Regattas with other classics joining in. The dueling Cowhorns battled it out year after year.

By the late ’70s, interest in the Cowhorn schooner was tangible. Augie sold his Taurus to Tommy Sea Legs, a Vietnam vet, who had lost both legs to a land mine. The Taurus was adapted to suit such a handicap and Augie’s Taurus was renamed Sea Legs. But the boat building maestro couldn’t be without a boat for long. He planned to build a fiberglass version by way of a male mold and a female boat; all to be done out in the open in Coral Bay. The mold was built out of chicken wire with a conduit framing and a couple of layers of fiberglass; the separating agent was plastic garbage bags. If all this seems unlikely it just highlights the depth of imagination that belonged to Augie Hollen. His method could not be found in any book. Altogether six incredibly strong 30ft boats came off that mold – many have sailed extensively and one sailed around the world on an eight year circumnavigation. 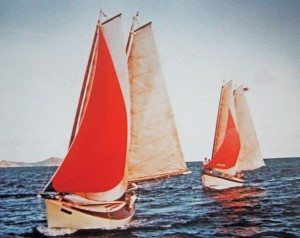 Augie named his Cowhorn, Violet, and, with long time partner Sylvia, took a year off and cruised the Bahamas.

Innovation was one of Augie’s hallmarks. When he realized that there was a shortage of portable cisterns on St. John he set up an enterprise to supply them. Most people would shy away from dealing with the sticky chemical, but Augie, with Sylvia at his side, got dressed up in protective clothing and breathing apparatus. Then, with spray equipment, various PVC pipes and long handled rollers it wasn’t long before a state of the art cistern was ready. Loaded onto the back of a rickety jeep and well tied down, you’d often see the couple bouncing along the road with happy smiles delivering their creation to a waiting customer.

Augie was a Virgin Island character – always with a quick smile and a ready yarn. Augie, you have made many memories. RIP

Julian_Putley
Julian Putley is the author of ‘The Drinking Man’s Guide to the BVI’, ‘Sunfun Calypso’, and ‘Sunfun Gospel’.
RELATED ARTICLES
Caribbean