After putting Guiding Light away for the hurricane season in Grenada I flew to Miami and spent several days with a couple of my guests that have been down to the boat four different times. We had a wonderful time hanging out, relaxing, going out to eat, and celebrating my birthday. But the coolest place they took me to was the only surviving House of Refuge, which were designated as havens for shipwrecked sailors and travelers along the sparsely populated Atlantic coastline of Florida.

This historic structure has weathered many storms and provided much needed shelter for shipwreck survivors, including those of the Georges Valentine, an Italian brigantine whose wreckage remains just 100 yards off the rocky shoreline, providing an ideal dive site. The history of the House of Refuge dates to 1876, when the U.S. Life-Saving Service, under the direction of Sumner Kimball, constructed ten “houses of refuge,” or life-saving stations, along Florida’s Atlantic Coast.

These houses were staffed by “keepers,” who, with their families, led solitary lives in order to find, rescue, and minister to those who fell victim to Florida’s treacherous reefs and shoals. Prior to construction of these houses, many shipwreck victims made it to the isolated shore and then perished from starvation and thirst. As part of their duties, the keeper and his family walked along the shores as far as possible in search of shipwreck victims.

In 1915 the U.S. Life-Saving Service merged with the U.S. Revenue Cutter Service to form the U.S. Coast Guard, and then this House of Refuge became U.S. Coast Guard Station #207. The keeper at the time, Axel Johansen, and his wife, Kate, remained on duty, but Alex’s title was changed from Keeper to Surfman #1. Four other men were stationed at the house, and during World War I this crew of five was augmented by the Home Guard, composed of area youths.

Antigua: Safe Haven in a Hurricane? 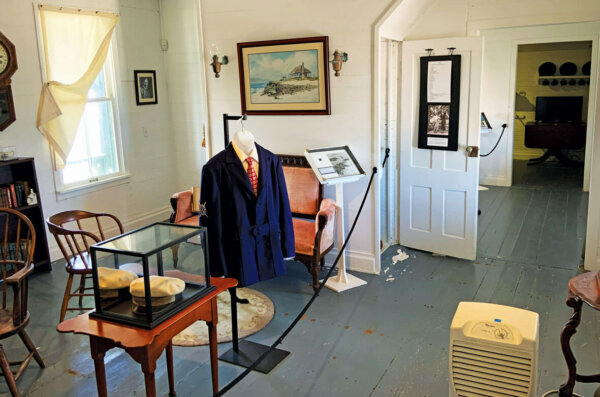 In 1942, when German U-Boats torpedoed freighters along the Treasure Coast, a lookout tower and additional buildings were constructed on the property. In 1945 the U.S. government decommissioned House of Refuge operations, and the house sat empty until 1953, when Martin County purchased it and its 16-acre grounds for $168.

In 1955 the Martin County Historical Society was formed to protect the house and present it as a museum. Almost immediately, in addition to serving as a museum, the House of Refuge became a refuge for sea turtles, with this program being under the direction of Ross Witham (1917–2004), Marine Turtle Coordinator for the Florida Department of Natural Resources from 1963 to 1987. Now sea turtles, rather than shipwreck victims, depend on the life-saving measures of the House of Refuge.

Today the House of Refuge is itself a survivor; it is the only one of the original ten houses of refuge to remain on the Florida Coast. Today it tells the story of the region’s significant maritime heritage and the Floridians who endured hardships for the sake of humanitarian service.

Bermuda Triangle and the Shipwreck of the Sapona 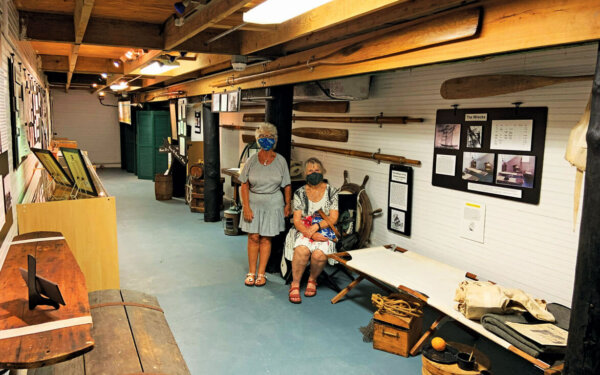 Not only were we able to see mid century buildings, clothing, furniture, and equipment, but one of my guests, Luara Kay’s father has many of his artwork permanently hanging in the museum. Of course he did over 500 paintings in his life and that was only after he retired from starting and running a boat yard and being a pioneer in the Florida sport fishing tourism business. He truly was an amazing man and it was great to see his works along with this amazing piece of history. A very cool stop on the East Coast in central Florida.

Captain Shane & 1st Mate Lily are now sailing along and exploring the Greater Antilles after he spent 10 years in the Eastern Caribbean and Virgin Islands. Check out his voyage at svGuidingLight.com 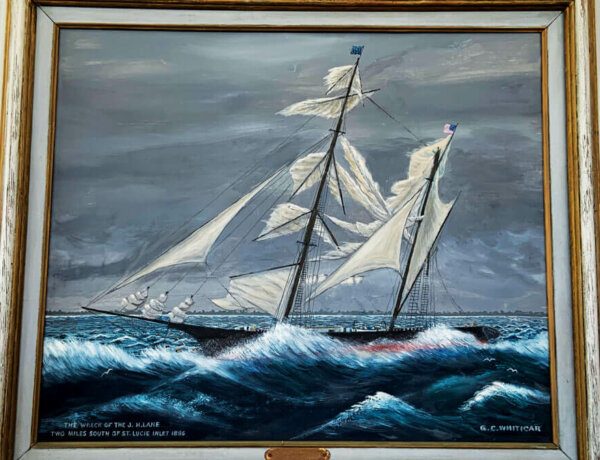