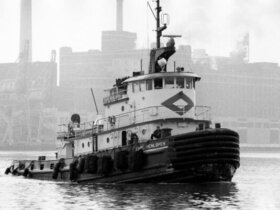 Tugmen of the Chesapeake Bay

The Caribbean is a colourful and vibrant place. It’s therefore unsurprising that the islands’ inhabitants are no less extrovert and talented.

Ruben Petrisie is one of those individuals. A professional windsurfer, Ruben also spits riddims and flow with ease. Tez Plavenieks caught up with the Bonaire-born freestyler for the low down.

Where’s home?  My home is without a doubt Bonaire.

Where did you learn to windsurf? Bonaire, Soro-bon Beach.

What made you decide to take it up? I was always involved in extreme sports – skateboarding, BMX, cliff jumping and surfing. I watched loads of windsurfing vids but never got a chance to go for it until one afternoon when Tonky Frans (Bonaire’s first pro freestyler) asked me to give it try.

How long did it take you to get good? It took me a few weeks to get over the beginner phase – after that I was hooked.

At what age did you start competing? I started competing at 14 – seven months after trying it for the first time.

Where do you windsurf now and how often? At the moment most of my sessions are during free time at events I’m working on. There’s no actual spot I go back to just for training.

Would you ever go back to competing? I’m not sure about that. The windsurfing industry is a different game nowadays. I’m not a person that would want to compete in the same discipline for 20 years. I don’t know how some can do that. After a while it gets boring. And don’t forget contracts and finance aren’t what they should be at the moment. Life is short and our world is fantastic so in the end I want to do lots more awesome things than just competing.

Where’s your favourite place to sail? Any spot can turn into a magical place.

You’re known as a freestyler but do you indulge in any other form of windsurfing? I enjoy wave sailing and slalom racing. Years ago I was involved in Formula but didn’t like the huge gear.

How long have you been spitting riddims and rhymes? Since 2007.

Why did you decide to become a rap artist? Haha! I didn’t decide anything it just happened. I tried it purely for fun and ended up getting addicted.

Which do you prefer – windsurfing or music? I love both but lately the music has taken over.

Does your music career interfere with your windsurfing? It does interfere with my time on the water but it’s all okay. I have loads of great sailing days and music is like a drug. As I said before I can’t do the same thing for too long.

Where have you played your best gig? My best gig would be Austria, Podersdorf, at the Surf World Cup. I was amazed to see people up front singing along with some of my tracks. Too cool!

Are you involved in anything else we should be aware of? There’s quite a lot at the moment. I’m the Freestyle Windsurfing Class representative at the International Funboard Association and I organise freestyle events for young windsurfers. I’m behind new event concepts in windsurfing – if possible with the involvement of other sports industries. I’m involved in music projects such as soundtracks for movies and I do a lot of jam sessions at beach events. As I said, I’m extremely busy!

For more about Ruben, visit: www.rubenpetrisie.com