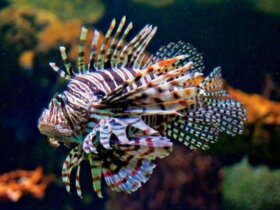 Our little corner of the Caribbean is blessed with an
abundance of beaches and excellent offshore fishing. However the amount and
quality of the habitat available for our in-shore resident snook population is
declining every year. Some of this decline is due to development, water
pollution, and fishing pressure.The
only part of this multi faceted problem that anglers can address is fishing
pressure.

Common snook are moderately long-lived and fast-growing
fishes. Females live about 21 years and can grow to lengths of 48 inches. Males
live about 15 years and can reach 39 inches. Females reach 26 inches in about
four years, whereas males require five to six years to reach that size. Fifty
percent of male snook reach maturity at about 18 inches total length and about
two years of age, whereas 50 percent of females are mature at about 30 inches
total length and five years of age. There are no physical differences between
male and female snook, so anglers cannot tell the difference between the sexes.

My personal records have shown a dramatic decrease in the
total snook population. Over the last 3 seasons, my data shows that angler
catch rates per man hour of fishing continue to increase while the number of
snook landings have steadily declined.
The number of large females has shown a sharp decline and have been
steadily declining for the past 3 years that I have been keeping detailed
records.Since large snook are
predominantly mature spawning females, they are capable of producing proportionally
larger amounts of eggs. In other words, a 30 pound female produces
substantially more eggs than 3 ten pound females.

I hope that all anglers on St. Thomas and St. John are
willing to help save our snook population by releasing every snook they catch.
Research shows that only two percent of released snook die as a result of being
caught and released. After you catch a snook, a minimum of handling practically
ensures that the fish will be taken again. Fish with crimped barbs for reduced
injury. Leave the fish in the water while taking the hooks out with pliers or a
special tool. If you want to take a photo of your catch make sure you wet your
hands or wear wet cotton gloves. If the fish is exhausted and has lost
equilibrium, properly orient the fish and hold it lightly into the current.
After the fish has regained its equilibrium, release him immediately. Do not
forcibly move the fish in a jerky back and forth motion. Gently support the
fish into the current and release it as soon as possible.

It is my sincere hope that we can all make the effort
required to protect our remaining snook population while we still have a
chance. To loose what was once a great fishery would really be a shame. If you
are interested in learning more about snook management, the state of Florida is
a great resource. With strict regulation and active enforcement they have done
an outstanding job of bringing their snook population back from the same
situation our snook face now. For more information on how you can make a difference
in saving our snook population you should contact the following.