Two boats nearly swapped places on the leaderboard during the third and final day of fishing in the 54th July Open Billfish Tournament (JOBT), hosted by the Virgin Islands Game Fishing Club (VIGFC). In the end, it was Sodium that earned Top Boat and the 75ft Weaver’s owner and angler, Chad Damron, who won Top Angler with six blue marlin releases.

“We hooked up quickly this morning (last day) and were one of the first to catch a blue marlin,” describes Damron, of Crystal River, Florida. “Never Say Never hooked up while we were fighting our fish, so that put us both one ahead.”

By midday, the release tally was five blue marlin for Sodium and four for Never Say Never, a 72ft Merritt owned by Jim Carr of Coral Gables, Florida.

Then, Sodium hooked up but the marlin broke off the hook. Never Say Never used the opportunity to tease up a blue and connected with a release. This tied both boats with five releases apiece, with Sodium still in the lead based on time.

“We caught another marlin around 2pm. That meant Never Say Never had to catch two more to beat us, so I was feeling pretty confident. The closer it got to lines out, the better I felt,” says Sodium’s Damron, who credited his crew, Captain Randy Jendersee and mates Travis Butters and Tyler Valles for the win. “It’s so special here. The fish are meaner and if you miss one on the first pass it usually comes back around. The Virgin Islands are such a great place to fish. Big fish and lots of fish.”

For his Top Angler win, Damron will have his name engraved on the prestigious Captain Johnny Harms ‘Give Him Line’ trophy. 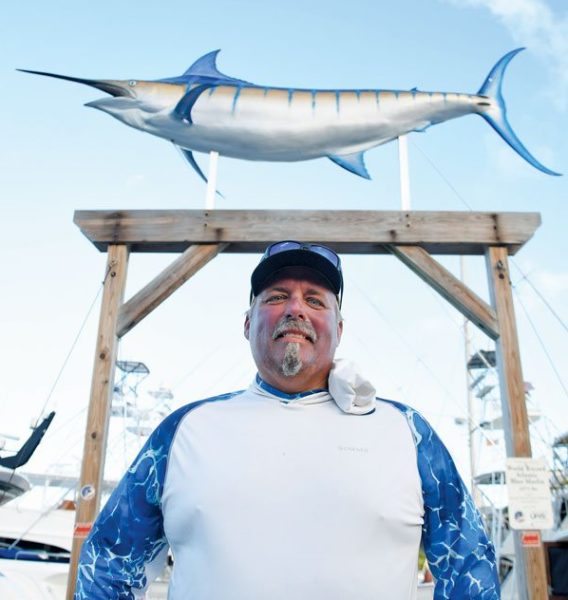 “I just hoped we could have seen a couple more marlin to win,” says Never Say Never’s Murck, who won the Top Junior Angler award. “Still, it was pretty exciting.”

Local charter boat, Mixed Bag, a 40ft Luhrs based out of The Westin, St. John with Captain Rob Richards at the helm, finished third in the boat standings with the release of three blue marlin total.