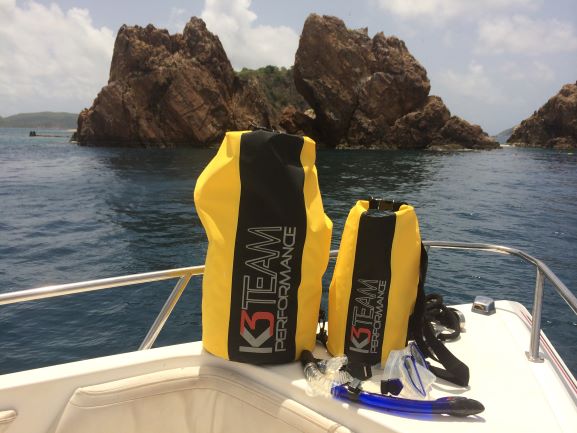 The K3 Company Onboard as Sponsor of St. Thomas International Regatta, March 27-29, 2020

Three perfect starts on the third and final day of racing at
the 29th Annual Bared Puerto Rico International Regatta, hosted by Club Nautico
de Puerto Rico and held March 11 to 13 out of Fajardo, said it all for Enrique
Torruella. Torruella skippered his Melges 24, Don Q Limon, into the winner’s
circle in the most competitive Spinnaker-Racing Class by overtaking Antonio
Mari’s J/80, Ex Mero Motu, with a three point lead.

“We had good speed
and played the shifts perfectly. After that, the rest was history,” Torruella
explained.

Fifty-five yachts
from Puerto Rico, St. Croix and the US mainland competed in up to eight races
in what proved to be light air conditions. In addition to Torruella, four other
skippers who topped the event’s five main classes, won a handsome Breitling
Avenger M-1 watch, distributed by Joyerias Bared, the main sponsor of this
event and a key supporter of the sport of sailing in Puerto Rico.

In the J/24 Class, it was Efrain “Fraito”
Lugo, helming Orion, who dominated the class, followed by Gilbert Rivera’s
Urayo and Leo Loria’s Saudades. The one-design J/24 continues to be popular
throughout Puerto Rico and this is always a keenly contested class.

Enrique Figueroa
and Jorge Hernandez, the Puerto Rico Olympic sailing duo in the Tornado,
revalidated their dominance in the Beach Cat Class. Figueroa’s Suzuki/Movistar
took straight bullets in his class and was followed on the scoreboard by Pedrin
Colon’s Spookie Monkey and Keki Figueroa’s Flywind.