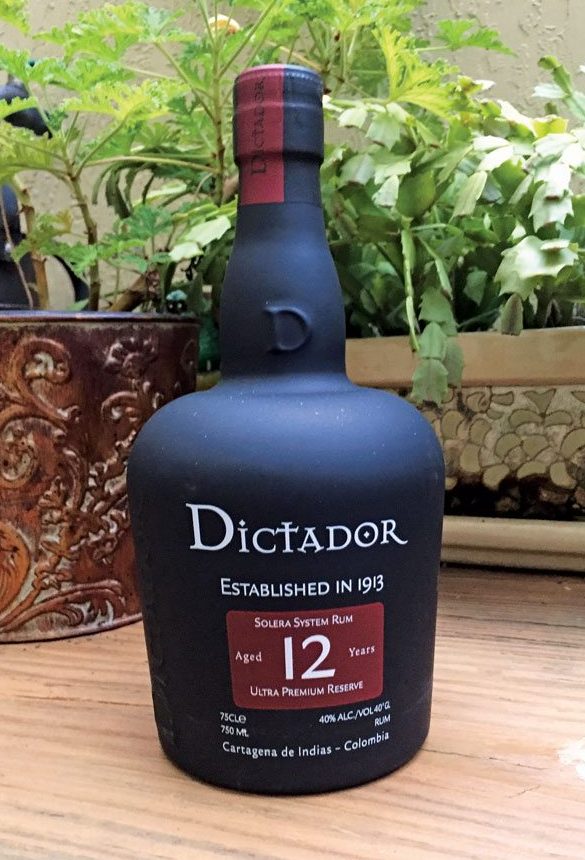 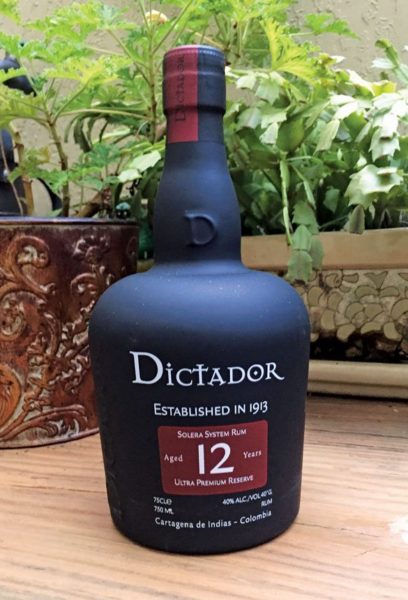 The minute Terry realized Dictador rum was made in Cartagena, Colombia she knew we had to review. Cartagena is a magical city of narrow streets with flower-draped window boxes and colorful street performers that charm and entertain. Colombia is one of the three largest sugar cane producers in the world with Cartagena being the first area for sugarcane production in South America. What is unique about Dictador 12 Years is the base used for the rum and the twist on the solera-style aging.

Many rums in this region begin with rich molasses, however the Colombian government mandates that automobiles use a certain percentage of biofuels. You guessed it, molasses is a biofuel. To get around this interesting dilemma, Destilería Colombiana, producer of Dictador rums, makes their own sugar cane honey for rum production. Sugar cane honey is the first of three stages for making molasses. Here the sugar cane nectar is heated to produce a mild flavor and a light color. This “light molasses” is used as the rum’s base.

The sugar cane honey is then distilled partly in copper and partly in steel continuous columns. Then the rum is aged in pre-used oak barrels using the solera aging system. Remember, this is cascading process where younger rums are at the top flight and blended with the older rums in flights below. A unique feature of the Dictador Solera System is that barrels of similar aged rum, along the same flight, are periodically consolidated to keep the barrels as full as possible so that the rum remains in full contact with the wood.

He Said
The nose has a nice caramel and vanilla note with a hint of rose. With further sniffs bringing out more notes such as allspice and oak, I’m looking forward to exploring this rum. I’m truly surprised the taste is not overly sweet. The vanilla is definitely gone but is replaced by semi-sweet earthiness. I’m going to say its coconut husks. The finish is warm and inviting. The lack of sweetness on the palate throws me. I’ve never tasted a rum like this.

She Said
I could smell caramel as soon as I poured the rum. The nose doesn’t disappoint with caramel, vanilla, slight oak and a spice I can’t immediately identify. The sip bites at my tongue before the creaminess of the caramel smooths out the palate. Strong baking spices of cloves and nutmeg fill my sinuses while the liquid coat the throat. I find myself sipping unconsciously as we talked about the rum. I enjoy the warming sensation.

Overall
There is much on the nose that screams, “Rum” but you are left disappointed because the rum sweetness is missing. That doesn’t make this a bad rum at all.  Hold onto the sweetness of the nose throughout your snifter and you will continue to go back for more.