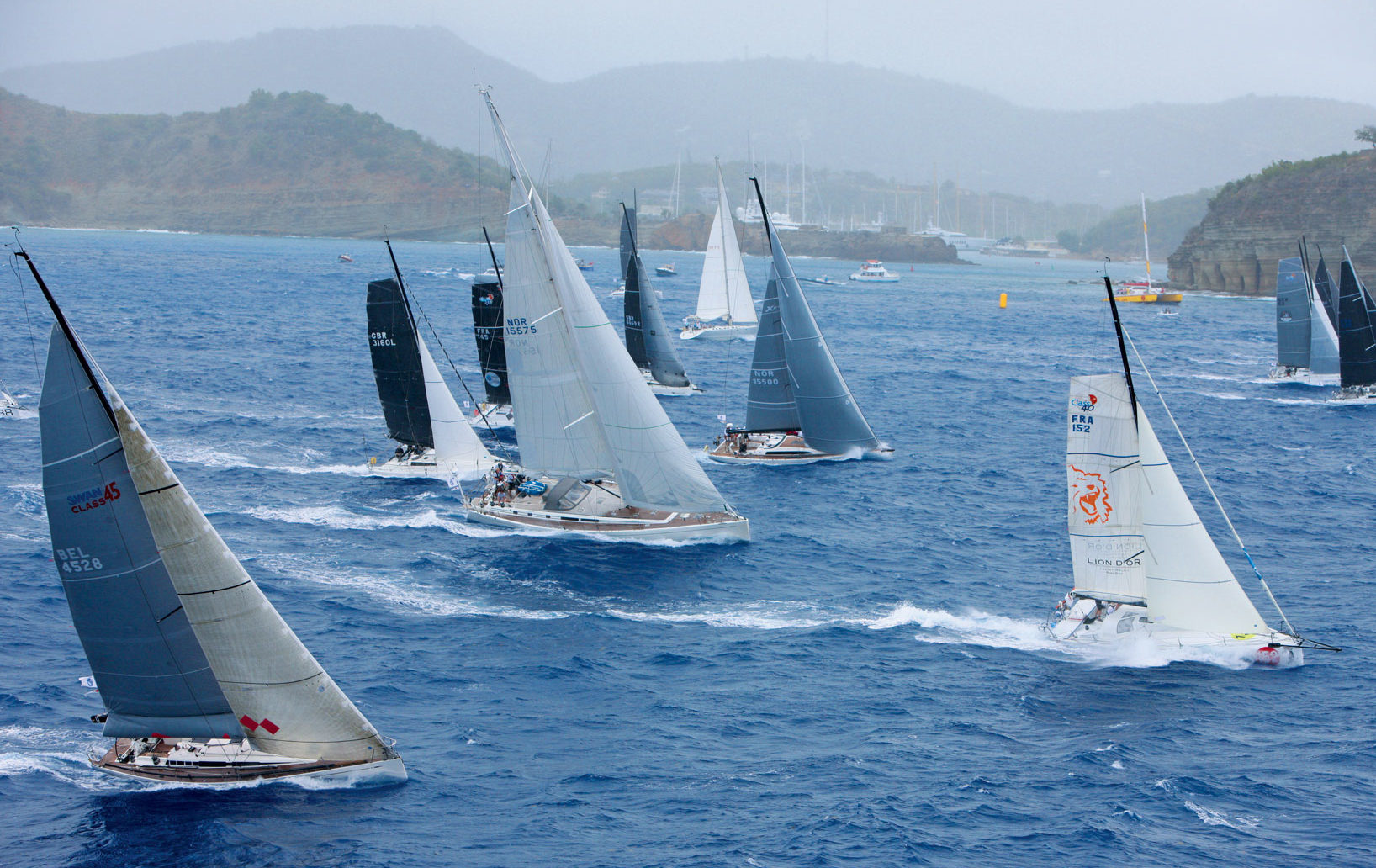 Fifty-four hours under spinnaker—can you believe it!? It was our first sea trip with Avenir II in 1970 and it was as idyllic as one could ever want. By the time we reached the entrance through the high, abrupt limestone cliffs guarding the town of St. George’s on Bermuda three days later, it was all we could do to rouse ourselves from the deck cushions to drop the sails.

Bermuda assails you with its fragrance the moment you pass through the cliffs. After being at sea for even a couple of days, your sense of smell seems to become keener.  Its 138 islands seem like little emerald petals scattered from a flower.

Awaiting us at the dock were the customs officials who cheerfully greeted us and took our lines. They had been alerted by Bermuda Radio to get us cleared promptly so that we might get a drink at the White Horse Tavern before it closed. Evidently enough boats arrive after office hours such as participants in the Bermuda Race to warrant this most unusual courtesy.

The White Horse Tavern did not let us down. Much later that morning we awoke to some shouting where a regatta with the Bermuda 14 dinghies had started. These very tippy dinghies were unique with their 35-foot tall masts, nine-foot bowsprits and piles of sails. Seven men crewed them and one of them did nothing but bail with a big dish pan from the moment the crew boarded until they got off the boat. The place in the dinghy where this crew bailed was sheathed in metal so that he would not wear through the wooden hull. Upon rounding the last mark, the rules allowed one crew member to abandon ship!

Bermuda and its very tidy towns with its distinctive British flavor are best explored by motor scooter. A must-see site was the Gibbs Hill Lighthouse with a climb up to its light to survey the islands, most of which were connected by small bridges. Most are well protected by low-lying reefs which may catch unwary sailors such as the British explorer, George Somers who ran into them on his way to America.

Not only can Bermuda boast that it has more scooters than cars than anywhere else, but it also has the world’s smallest drawbridge which can easily be raised by one person. Rather than go to a lot of expense to build the usual drawbridge, some genius just adapted the bridge that was already there. By lifting up a section in the middle of the bridge, an opening was made which is just wide enough for the mast of a small sailing boat to pass through.

Bermuda seems to have a reputation for catching storms. It sticks 640 miles WNW of Cape Hatteras. Sometimes curious magnetic changes seem to occur around Bermuda.

On the afternoon that we planned to leave Bermuda for Newport, there was a vicious thunderstorm. Once it had cleared and we rechecked that the weather forecast was favorable, we left the lovely harbor of St. George’s late in the day and headed out to sea.  When Mike took his first sextant sighting that evening, we were surprised to find that we were well off course.

How could that be? He took sightings again just before dawn and found that both of our compasses were so far off that they were un-useable. We could only conclude that a magnetic anomaly had altered the compasses.
Or had we fallen into the – Burrmewdah Triangle!? Dum-de-dum-dum!