Wooden boat racing at its best, plus a whole lot more on shore is a great way to describe the Carriacou Regatta Festival. Held August 4th to 7th out of Hillsborough, this year’s event saw the overall participation of 40 sailboats in nine classes, including small and large open boats, small and large deck sloops and Woburn workboats. Entrants came from Bequia, Mayreau, Union Island, Canouan, Grenada, Antigua, St. Barths and the host island of Carriacou. The weather was ideal for sailing and it showed in some great competition.

“As with previous Carriacou Regatta Festivals, the keen rivalry between boatmen vying for top honors in the various classes as well as the indigenous greasy pole and donkey race proved to be the highlight of this year’s festivities,” says regatta director Karl Benjamin. “We were greatly pleased to have had two Antiguan sloops participating in the sloop races, Savvy and Free in St. Barth.”

The sloop racing was indeed exciting, according to Thierry de Badereau, owner of the 42ft Alwyn Enoe-built Carriacou sloop, Free in St. Barth.

“I had my boat built three years ago, but this is the first time I was sailing aboard in this regatta,” says Badereau, who had builder Enoe take the helm. “We won the first day’s race. The next day, we raced around the island and it was very competitive. We were only two seconds behind the next boat after over four hours of racing. We won another race on the third day and finished the regatta overall in third, with Glacier beating us in first and American Eagle second.”

Traditional race courses were set along the west side of Carriacou, between Hillsborough Bay and Sisters Rocks to the south. In the Round the Island race, the large and small deck sloop classes raced around Carriacou, sailing eastwards from Windward then heading south and returning to Windward via the western side of the island.

“Next year is the tenth anniversary of the West Indies Regatta, so there should be many boats. We hope to bring them all, including Alexis Andrew’s Genesis, down to Carriacou next summer to race,” he says.

“What I really like best is the sailing,” says Williams, who had his boat built in St. Vincent and finished it himself in Canouan. “I didn’t have my regular crew, but instead had a group of guys with me that had always wanted to race. I really love boat racing.” 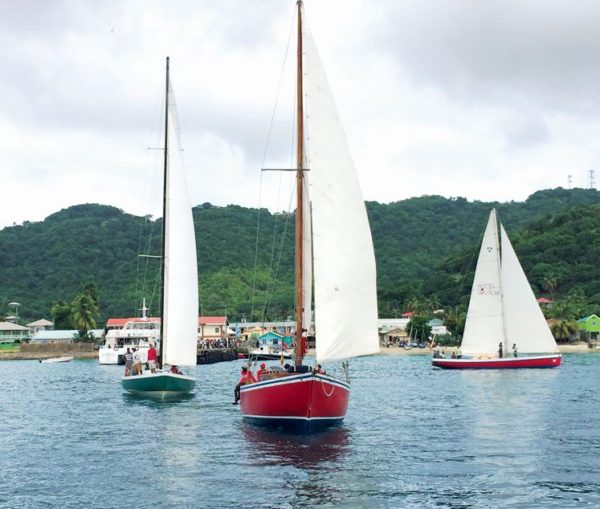 Williams says he’s seeking a sponsor to add a mainsail to his boat and get more speed out of her for next year. This might easily turn his second place in class finish this year into a first for 2018.