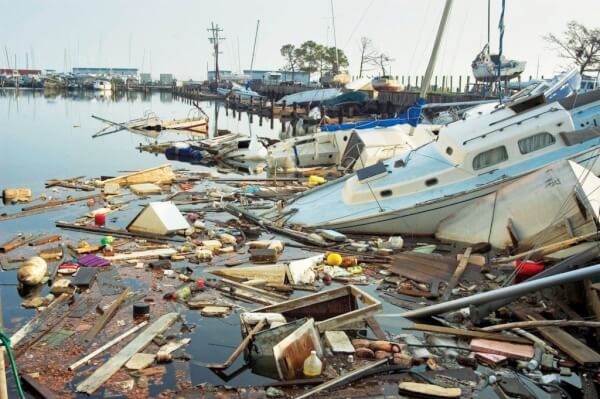 Too often the excuse for high Caribbean premiums or refusals to write insurance is put down to hurricanes.  This excuse does not hold up to close examination. Statistics show that the risk of a hurricane hitting a Caribbean island in any one year is 2% to 3% whereas the risk of one hitting the south-east and east coast of the U.S. is 10% to 12%.  Also, with modern weather reporting, vessels in the Caribbean can head off in any one of 360 degrees of the compass whereas, storm avoidance along the U.S. coast is somewhat limited.

The problem of uninsured vessels could easily be solved by Governments legislating that all vessels entering their waters must carry a minimum level of third party insurance.  Rates for this type of cover are not high and, with an expanded market, the rates would become even lower.

Also, most regattas and sailing events do not require compulsory third party insurance. The argument is that it would deter local sailors. However, it has to be wondered how many international sailors do not enter Caribbean regattas because the hail of “No insurance” is not a joke.

Insurance for storage ashore is now relatively freely available with the improved storage facilities such as welded cradles, keel holes and properly secured tie downs.  There is no necessity to head south at the approach of the hurricane season although many do and a lot of these are uninsured and want to leave the hurricane belt.

There are other factors which increase rates but only to a minor degree. These are rogue salvagers, the loading of claims and the fairly mixed repair facilities and levels of skill. Some islands have very high skill levels but others not so. Within such a small market many insurers do not differentiate between islands.  Also, with almost all items needing to be imported, parts costs are high.

Due to the general lack of legislation relating to yacht insurance and the relative weakness of the regulatory bodies, statutory and otherwise, the Caribbean insurance market is seen as being uncontrolled by many underwriters, which affects their willingness to write insurance and, when they do, the price is inevitably higher.

Added to these factors and partly caused by them, the Caribbean is a small volume market and what the insurance companies call a ‘soft’ market. The customer is often given a ‘take it or leave it’ choice.

It is understandable that insurance companies are not particularly interested in dealing in a low volume market and, without compulsory insurance; the size of the market is unlikely to experience much growth.  The solution to the Caribbean insurance problem really lies in the hands of the governments and, maybe, with the OECS and Caricom.

John Duffy is the president of the Caribbean Marine Association.