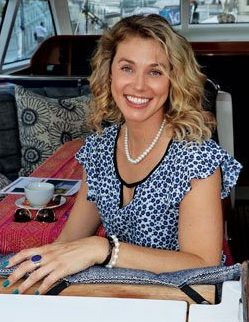 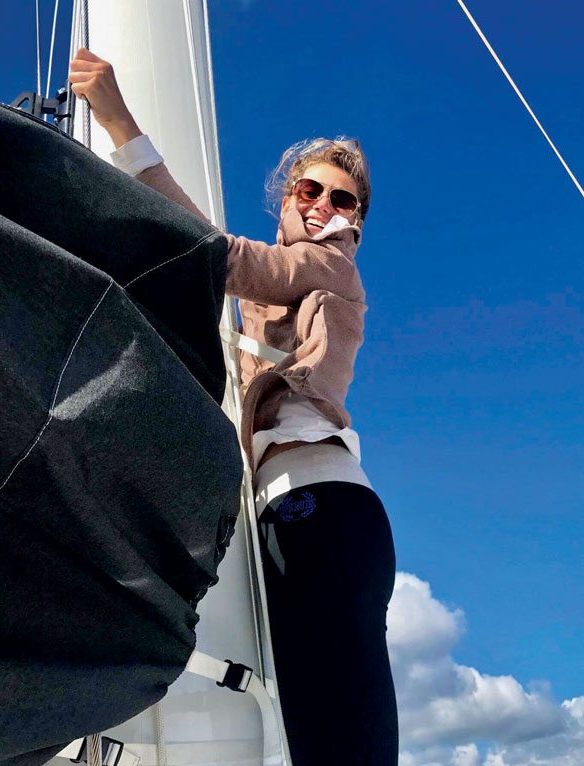 She could swim before she could walk, earned her PADI dive certification by age 12 and two years later worked at a marina where as an employee she could regularly take out the rental house boats, ski boats and jet skis to the envy of her friends. Captain Dawn Marie Rossiter’s early life in New Mexico, on a man-made lake along the Rio Grande River, certainly pre-destined her for a life and career on the water. Today, Rossiter is at the helm of a brand-new Lagoon 52, Ventana, which she is sailing trans-Atlantic this fall to charter out of St. Thomas, U.S. Virgin Islands.

“The privilege of being able to use those boats back then came with a lot of responsibility. My father was always very tedious about the way equipment was maintained, and intense boating safety was drilled into our brains. Since I was the one who had to take responsibility for the equipment and everyone’s safety, it changed the dynamic of the way I handled myself on the water. I loved it then, and I love it now,” says Rossiter.

A land-based career in real estate with her mother taught Rossiter her first business skills. Then, when the market crashed in the late 2000s, she decided it was time to move on. Since working on boats as a profession held great appeal, and since she wanted to stay in the U.S., Rossiter decided to fly to the U.S. Virgin Islands. She landed a crew spot little over a week later on the day sail catamaran, Jolly Mon, a 63ft custom-built Peter Spronk.

“I spent the first few years doing day trips in St. Croix and St. Thomas. The logistics of running trips on both islands quite frequently meant having to leave at sunset after running two trips a day for several days straight. This taught me how to push through and think straight even when physically and mentally exhausted,” she says. “I also learned a lot about what to do and even more about what not to do. So, about four years ago, I decided to get my captain’s license.”

Rossiter first ran a dive boat, then filled in as a relief captain on day boats. She was only peripherally aware of term charters. However, the more she heard about this side of yachting, the more she realized this was a perfect way to combine her love of southern-like hospitality, superb culinary skills and five-star service. Rossiter applied to the Moorings and ran captain-only and then crewed charters out of the company’s British Virgin Islands base. Last year, she captained the 44ft Lagoon catamaran, Castellini II, on Virgin Islands crewed charters. This year, she’ll do the same on Ventana, playing dual roles as captain and chef with two crew, a sous chef and first mate.

“What I like best about being a captain is the responsibility it brings. This has changed me as a person in every form of my life. I see things differently. I think calmer, slower, and tend not to overreact even when I’m not on the boat. The title of captain is something many people take lightly, but I believe captains as professionals should conduct themselves and hold themselves to a standard that the title deserves,” she says.

“We are blessed to live in a world that doesn’t come with restrictions based on gender. It is now more common for women to become captains,” she says. “The biggest mistake I have made in the past, and see women make every day when in male dominant roles, is having an ego. Don’t be afraid to ask questions, seek advice or ask for help. Don’t doubt yourself, stay humble, and never ever get cocky. That’s when mistakes are made. Remember, you are a captain first and a woman second. There is no room for emotions when you have millions of dollars of worth of equipment and people’s lives in your hands. Take it seriously, learn your equipment, immediately identify as many problems as you can and establish protocol and solutions right away.”