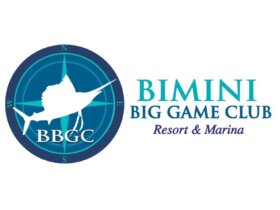 The spectacular catch and release of two blue marlin and four white marlin on the third and final day of fishing in the 23rd International Billfish Shootout in Cap Cana, Dominican Republic, is the come-from-behind feat which earned the sport fishermen aboard Casca Dura the Top Boat Prize. In total, the 72ft Merritt’s Brazilian-based team were the first to release a grand total of three blue marlin and eight white marlin over the three-day event, fished June 9th to 11th.

“We knew that at minimum to win the tournament, we had to have two regular days and at least one hot day of fishing. That’s just what happened,” says Lucas Abud, owner/angler aboard Casca Dura. “Cap Cana is very dynamic. Fishing prior to the tournament, we realized that it would be the release of more limited blues rather than the more plentiful whites that would decide the winner and so we targeted the blue marlin.”

Meanwhile, it was the Dominican Republic-based 63ft Buddy Davis Tomahawk that led as top boat during the first two days of the tournament. Even though the team, led by owner/angler Jeff Ranick, ultimately settled for second place in the boat standings, it was family friend, Puerto Rico’s Luis Mario Fernandez, who earned Top Angler by individually releasing five white marlin and one blue marlin.

“I released the blue marlin on the second day and it put on a spectacular show,” says Fernandez, who’s sport fished in Dominican Republic waters since the 1980s. “It was the second of a double-header, came up on the left rigger and piled on my ballyhoo (bait). Upon hookup, the fish jumped once then made a sub-surface beeline right towards the boat like a submarine, passing only 15ft to starboard. We could hear the water ripple as it passed the boat, clearly upset with the hookup. In seconds, the blue turned down sea towards the horizon. Our captain, Ramon (Omar) Marte, put the boat in reverse and throttled to chase the fish. Within 20 minutes, the blue marlin cooperated and surfaced for a graceful release. The last day was very slow for us. I can only say that no day of fishing is the same and when competing against top teams and experienced anglers, it’s not over until it’s over.”

The International Billfish Shootout was the second leg of the Dominican Billfish Triple-Header series.

“Although lightly attended, the tournament was marked by pretty good fishing, incredible shore-side activities thanks to our sponsors and committee members, highly qualified Certified Observers and great camaraderie,” says organizer Rick Alvarez, of International Billfish Tournaments. “For 2018, the Shootout will move to Cap Cana’s fall blue marlin season with tentative dates of October 17th to 21st.