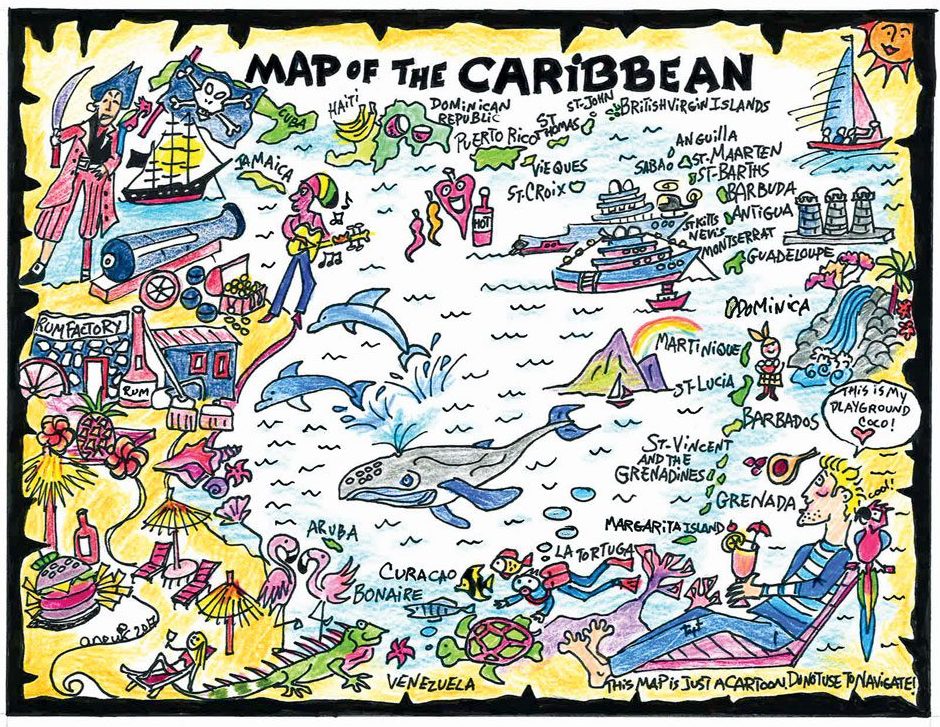 Sailing With Charlie: Paradise Begins When the Butter Melts

Green, the color of the ecology movement, is the “in” color and there’s hope that this is not just a passing fad but rather signifies a long-term change in lifestyles for many throughout the world.  Regardless of the fact that the BVI has no pump-out stations, the BVI Spring Regatta has creatively embraced the concept and in 2008 made some inroads by recycling glass and plastic.   Then, in 2009, the event went well beyond the initial steps taken in 2008 and made a full-fledged commitment to the cause.  With Jane Bakewell, long time BVI resident, writer and conservation enthusiast leading the way, the ‘Sailing Towards Clean and Green’ campaign was mounted.  These efforts were so remarkable that Sailors and the Sea, an organization committed to protecting the oceans and sponsors of the Clean Regattas Certification Program, awarded the 2009 BVI Spring Regatta the first Silver certificate to ever be awarded to any regatta.

Chris Mancini, Program Manager for the Sailors for the Sea, explained the award.  "The vision of Clean Regattas is to create widespread change through the investment of the boating community in improving the ocean environment.  BVI Spring Regatta has taken this vision to heart.”  He went on to say,  “If every regatta, sailing program, and yacht club in the world would make a similar effort, we could create a global network of ocean stewards to halt the degradation of the oceans. Sailors for the Sea works toward this vision every day."

As in 2008, efforts included the recycling of glass and plastic, but 2009 went further in many ways.    Recyclable water bottles were made available to all who were in the  Nanny  Cay BVI Spring Regatta Village.  These bottles, sponsored by the BVI Tourist Board, were sold for a nominal amount and the money raised from the 900+ bottles sold was donated to VISAR (Virgin Islands Search and Rescue) and Green VI.   Once purchased, Clearwater provided free water refills from one of their filtered water machines.

In addition to the water bottles, the BVI Tourist Board provided skipper bags, which were made from recycled materials and designed to be reusable to take gear, food or whatever to and from the boats.   Inside the skippers’ bags was a list of natural cleaning products and where to find them locally.

The BVI Spring Regatta organization working very closely with event host Nanny Cay Marina and Resort to encourage the use of the luxurious private bathroom/shower facilities located in the hotel.  Given the European styling and roominess, this was not hard sell and effectively minimized the amount of water in holding tanks.   Additionally, the cleaning of boat bottoms in the confines of the marina and emptying of holding tanks in BVI waters was strongly discouraged.

The BVI Tourist Board and Clearwater were not the only local supporters of the ‘Sailing Towards Clean and Green’ initiative. Nanny Cay Marina and Resort set up the glass recycling bins.  SOL provided sailors with fuel spill prevention kits and Heineken promoted these initiatives with posters around the Regatta Village.   Even the regatta awards were “green”, gorgeously sculpted pieces made from natural clay by local pottery shop Bamboushay.

“As we look forward to next year, we’re going to continue with all the initiatives started in 2009 and look to furthering our conservation efforts.  One of the major ways we see that we can improve is to minimize the amount of printing we do.  Our press officer is already planning to distribute her press packs electronically and we’re looking at ways to reduce the paper used at registration,” remarked BVI Spring Regatta Director Judy Petz.    Judy, with a sly smile, went on to say, “We want to ‘do the right thing’ and know that sailors who join us for the 2010 edition of the BVI Spring Regatta, March 29 – April 4, want to too.”