Since running for my life some 40 years ago in the jungles
of Brazil, when a flock of very large fruit bats buzzed us beside a pool,
I’ve come to appreciate seeing bats about and have learned there’s
nothing to fear. While myths abound as to the danger presented by bats, I have
had close encounters with thousands of bats over the past 40 years and have
suffered nothing but awe in their presence.

Assisting with a university study of brown bats in the mountains of East Tennessee, I
crawled through narrow, muddy underground passages to reach a cave where the
walls and ceilings were covered in so many bats we could only estimate their
numbers to be in the tens of thousands. When a colony of bats took up residence
in my horse barn, I was privileged to watch as tiny bats were born. I carried
them in my pockets to warm them when juveniles lost their grip and fell from
the roost on to a cold concrete floor because, even though they are mammals,
their ability to thermo-regulate is quite limited and they cannot fly for the
first 3 weeks of life.

Having read an ill-informed article stating that bats are not found in the islands, I
thought my time with bats had ended when I moved to the Caribbean.
I was thrilled when dining out one night on
St. Thomas I saw bats flying toward the
lights where they caught their nightly meal of insects.

Bats in the Caribbean – Part II

There are more than 900 species of bats found worldwide; the only order with more species than bats is rodents. In all countries, with the exception of China where
bats are revered and thought to bring good luck, bats have been labeled filthy
and evil, even causing people trepidation of falling asleep for fear they would
be drained of all their blood in the dark of night.

Fossil evidence indicates that bats have existed for approximately 50 million
years. During a dig in northwest Florida some years ago, one of my assignments was to sort through the cast-off dirt and debris under a microscope for the tiny bones of birds, rodents, and bats; and I found many bones, some later identified to be bat wing bones so
small they would have been missed by the naked eye.

Modern bats range in size from the tiny Bamboo Bat of the Philippines that weighs only
5/100ths of an ounce to the Flying Fox bat with a wingspan of 5 feet. As stated
previously, bats are mammals, they bear live young, they nurse their young
while cradling them in a wing, and they are the only mammal that truly flies as
“flying squirrels” and “flying lemurs” are in reality
only gliders.

This Cruising Life is Not Just Cricket

Since they are warm blooded mammals, bats have the ability to thermo-regulate;
however, because their wing membranes are so very thin and they exert a
tremendous amount of energy when flying, they have evolved into night-feeding
animals to prevent dehydration and hyperthermia. Most species of bats are
insect eaters feeding upon gnats, mosquitoes, flies, roaches, ants, moths and
beetles, and they consume thousands of the same each night thus providing
‘natural’ insect control for not only us but also for many of our
fields, gardens and orchards. Some bats catch their prey in the air using a
membrane pocket formed by their feet to scoop up the insect and then
transferring it to their mouths while others snatch their prey with hooked feet
or land to grab an insect morsel.

Some
species of bats feed upon flowers, eating the pollen, petals and nectar. As
with bees, these bats also serve as pollinators, carrying the pollen from
flower to flower thus providing an invaluable service to the propagation and
continued existence of those flowers.

A very
few species are carnivorous and feed upon frogs, lizards, small birds, and
fish.There is also the
much-maligned Vampire bat that feeds upon blood; a species which was not
discovered until the 1500s when Europeans began exploring the New
World and saw it feeding upon wild animals and the
Europeans’ horses and livestock.

And,
there is a very interesting bat found here in the Caribbean
that will be covered in next month’s column. Sleep well, you have nothing
to fear. 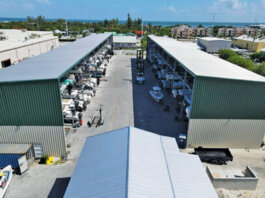 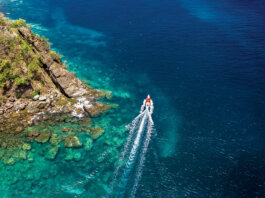