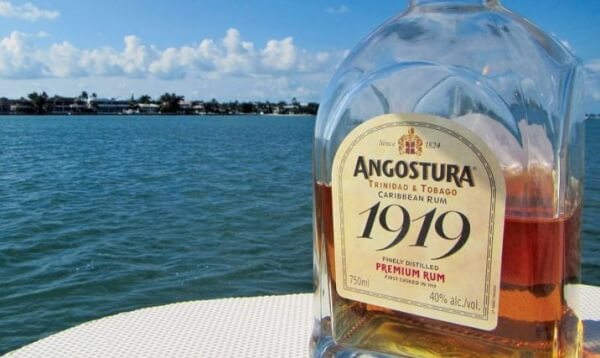 We were standing in the middle of the rum aisle trying to decide on a rum to review. Sipping or mixing? Caribbean or South American? We are fortunate to live in Florida which offers us a wide variety of rums. Two other couples were clearly experiencing the same dilemma so we asked them what their favorite rum was. Without hesitation they both led us to Angostura 1919 from Trinidad & Tobago.

The House of Angostura traces its roots back to 1824 in Angostura, Venezuela. They are most notably known for a blend of aromatic herbs, better known as bitters, created by then Surgeon-general Johann Gottlieb Benjamin Siegert. The company was relocated to Port of Spain, Trinidad in 1876. Though they continued to focus on their world-class bitters the company also become known for the rum produced in a five column still, under the direction of Master Distiller, John P. Georges.

Angostura 1919 was inspired by a rum produced in the 1930’s by master blender of Fernandes Distillers, J.B. Fernandes.

After a fire consumed the Government Rum Bond in 1932, Mr. Fernandes purchased the charred casks only to discover they contained rum which had been barreled in 1919. The rum was blended and became known as “1919 Aged Rum.”

He Said
I’m immediately presented with vanilla with a hint of orange. On the initial sip a slight alcohol bite comes on the tongue but quickly gives way to vanilla and nutmeg. There are definitely a few layers behind the first sip which I want to explore. Cherry finally reveals itself with a hint of oak. The taste lingers like an old friend wanting to stay around to continue the conversation. The finish is very smooth and satisfying.

She Said
The honey hue provides a nice lacing on the glass. There is a very strong vanilla nose which overpowers anything else the rum tries to present. Once on the tongue, I get an immediate heat from tobacco which quickly gives way to a nice cherry vanilla with a hint of charred oak. The finish is oh so satisfying.

Warm, smooth and soothing. You want to keep going back looking for more to discover. Orange peel and some florals finally come through. 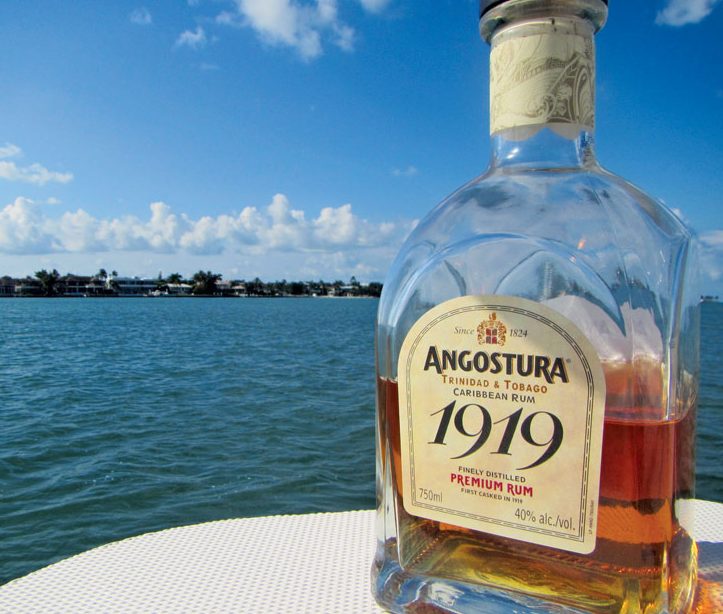 Overall
For an 8-year old rum, we were surprised by the smoothness and satisfying warmth. This is definitely a rum to appease your after dinner sweet tooth. Angostura will certainly be on our boat to share during another perfect sunset.