8 Top Caribbean Craft Beers to Try while on Vacation 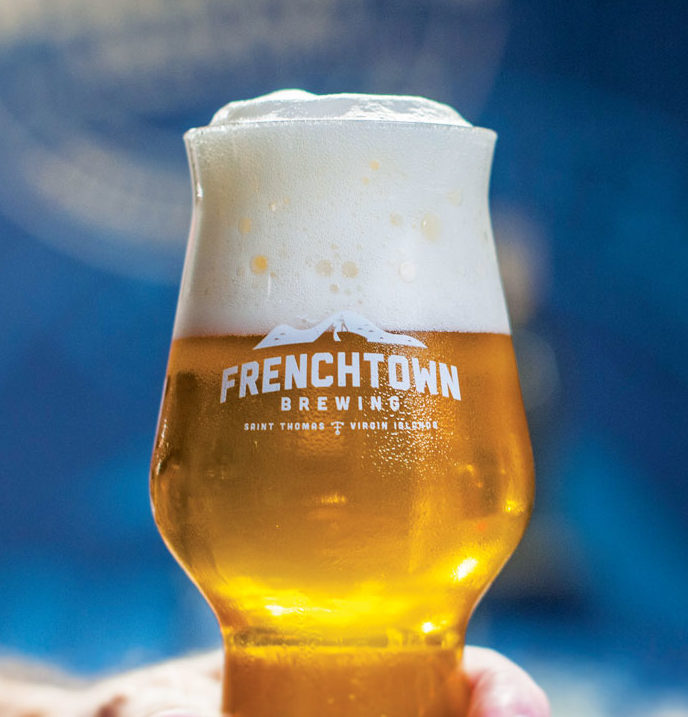 The Caribbean boasts a long reputation for its rum. Yet beer, which was first served as a British import in the late 19th century, is now just as famous. Witness the number of island breweries built in the last century, the brands of which have become national icons. Today, the Caribbean’s beer buzz continues with a wave of smaller breweries making an excellent craft product. Here is a sampling of 8 top commercial and Caribbean craft beers.  The best part is this isn’t an exhaustive list!  There are so many Caribbean Craft Beers to try and love!

Aruba’s first local craft beer producer, Fireson Brewing company, is the maker of this flagship product. It’s low in bitterness and rich in tropical fruit flavor. Bao Palo means under a tree in Papiamento, the island’s official language. “People love to sit under a tree, play some dominos and have a beer,” says Radinka van Vuurden, Fireson’s marketing and managing director and wife of brew master, Tony, who has developed a total of 25 craft beers. “We wanted people to have this local Aruban experience just by enjoying our Bao Palo craft beer.” fireson brewing.co

This pale-colored lager was born on Curacao nearly 20 years ago. Today, the beer, which is only 5 percent alcohol by volume, is brewed in the Netherlands and shipped to the island where sales continue on the upswing. In fact, Amstel Bright was chosen as the number one beer in Curacao for three years in a row. “Drink ice cold, with or without a lime, and preferably with your feet in the sand,” recommends marketing manager, Anna Korenromp. amstel-bright.nl

The Ugly Aspects of the Seemingly Perfect Paradise

Mullet Bay, a blond beer with a light touch of hops, is one of five beers crafted by this St. Maarten-based brewery. “Our beers are special because we use local ingredients (like fresh coconut, mango and other season fruits) for brewing and we try as much as we can to follow the fruit’s season for our blond and regular IPA (India pale ale),” says brewer, Stephen Winkel. www.pelikaanbrewery.com

The right balance between a light body and full flavor is what makes this craft beer special, says Tallulah Mansfield, senior sales retail and digital marketing manager for Cayman Islands Brewery, on Grand Cayman. “We provide a body which is appropriate for the climate, while not giving up on delicious vivid flavors. We pride ourselves in using an interesting mix of malts, hops and yeast.” The best food pairings for this beer, say the company’s brewers, are vinaigrette-dressed salads, mild Indian food, and light seafood, pizza and pastas. www.cib.ky

Medalla Light is the symbol for all things Puerto Rican. Brewed and bottled in Mayagüez, Puerto Rico, this light beer is best known for its golden color, premium ingredients and a clean, refined taste. Its name, literally translated to ‘medal’, honors the 1978 Pan American Games, held on the island the same year the beer was launched. “Medalla Light is best served cold, with a side of delicious authentic Puerto Rican food like ‘pinchos’, ‘alcapurrias’ or an ‘empanadilla’,” says spokesperson, Idia Martínez. www.medallalight.com

The Beer of The Bahamas, named for the ‘Kalik, Kalikin’ Kalik’ sound of the cowbell instrument used in Junkanoo, has been brewed by the Commonwealth Brewery Limited for the past three decades. “The Kalik portfolio is made up of 7 brands, each representing a different aspect of the uniqueness and beauty of The Bahamas,” says spokesperson Michaela Munnings. Kalik and conch salad were showcased in Business Insider’s list of top 40 food pairings to have anywhere in the world. www.cblbahamas.com

One of Frenchtown Brewing’s refreshing beers is this classic Belgian-style summer ale, which boasts a rich golden color and sports a hint of spiciness. Kevin Brown, co-founder, analytical chemist and head brewer of this St. Thomas, U.S. Virgin Island based brewery, takes his craft seriously. While the major raw ingredient starts out as seawater, which is run through a rigorous reverse osmosis treatment, Brown uses a Hemocytometer to count yeast, a Zahm & Nagel 2000 to measure CO2, and a pH meter to assure high quality and great taste. The Frenchie Farmhouse Saison and company’s other craft beers are sold by the tap at the brewery and at island bars and restaurants. frenchtownbrewing.com

Beastly cold is the best way to enjoy this full-bodied and distinctively smooth lager, recommends  Antron Forte, marketing manager for Carib Brewery Ltd, in Trinidad. “Carib imagery is distinctively yellow (reminiscent of the sunny weather) and blue (depicting the cool sea). The brand inspires playful moments and is reflective of the distinctive and refreshing culture associated with the region.” www.caribbrewery.com

Having Fun Cooking with Fungi