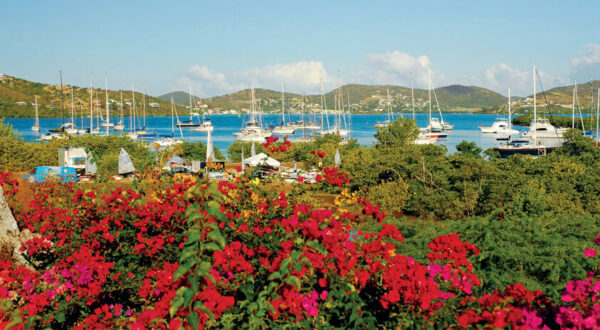 This is especially true when in Caribbean islands north of 12 degrees latitude or in the ‘hurricane belt’. Boatyards throughout the region are increasingly well equipped to keep boats protected especially in on-land storage. Yet for centuries, mariners have found natural harbors, protected bays and dense mangrove lagoons in which to protect their vessels from storms. Here is a sampling of some of the best-known Caribbean ‘Hurricane Holes’. 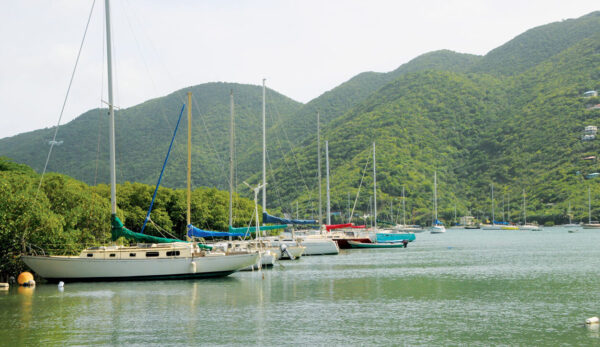 Located east of Coral Bay, this literally named hurricane hole is surrounded by mangroves. Denmark laid claim to St. John in the early 1700’s. The East End of the island, on which the Danes built forts and plantations, was historically the most populated due to its proximity and sea trade with the neighboring British Virgin Islands. More recently, to provide safety from storms and protect the extensive mangrove ecosystem here, the Virgin Islands National Park installed a state-of-the-art mooring system that can accommodate nearly 100 vessels in hurricane conditions between June 1 and November 30. Permits are required to use these moorings. Still, during the back-to-back Category 5 hurricanes of 2017, many boats in and around Hurricane Hole were damaged or destroyed.

This largest inlet on one of Puerto Rico’s eastern offshore island’s enjoyed such a reputation for vessel protection that it attracted nearly 200 boats for 1989’s Hurricane Hugo. Unfortunately, nearly half of this fleet didn’t weather the storm. Yet, the inlet, translated from Spanish as ‘Deep Cove’ is protected by two peninsulas on either side and is indeed calm on most days even when the spray flies in the Caribbean Sea to the south. 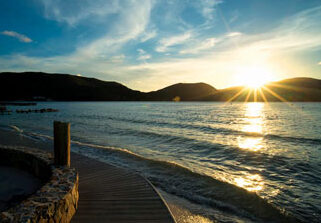 To the north, where the head of what looked like a ‘fat virgin lying on her side’ caused Christopher Columbus to name the island Virgin Gorda, is North Sound and Gorda Sound beyond. Four islands connected by undersea reef systems keep the over 3,000 acres of waters here so calm. Seasoned sailors will tell you it’s the east end of the sound that is, well, so sound. However, this is where the Bitter End Yacht Club is located, a sailing destination for over half a century that was blown away by 2017’s Hurricane Irma. 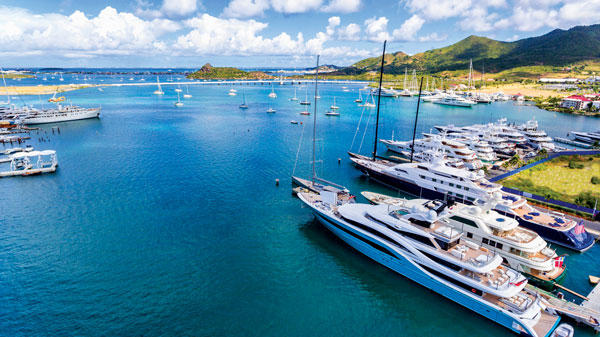 You’d think being one of the largest inland lagoons in the Caribbean, would surely make this a safe hurricane hole. Yet, the wrath of Hurricane Luis in 1995 caused millions of dollars’ worth of destruction to yachts, including damage to historic vessels like Stars and Stripes, which won the 1987 America’s Cup. The protected nature of the Lagoon does make it the hub of the maritime industry today, with marinas, marine services and boatyards all located here. 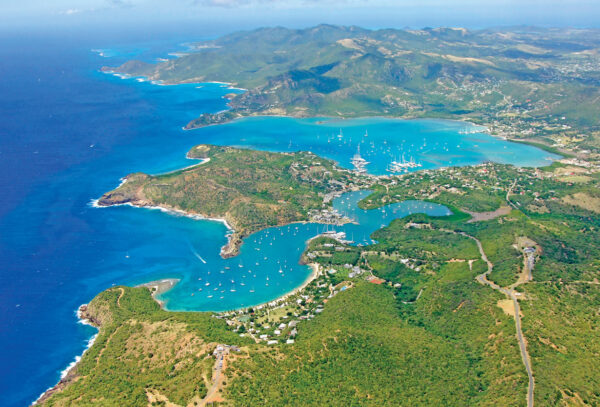 The British Navy based its Leeward Islands fleet here in the 18th century. The selling point, second to being a strategic vantage point to keep an eye on the French to the south in Guadeloupe, is the storm protective configuration of this bay. A testament to this is historical reports of a 1723 hurricane that swept 35 ships to shore elsewhere in Antigua, but the HMS Hector and HMS Winchelsea moored in English Harbor had no damage. Fast forward and English Harbor as a natural harbor and several protected bays make it popular with boaters year-round, especially for the many nautical events hosted at this venue. 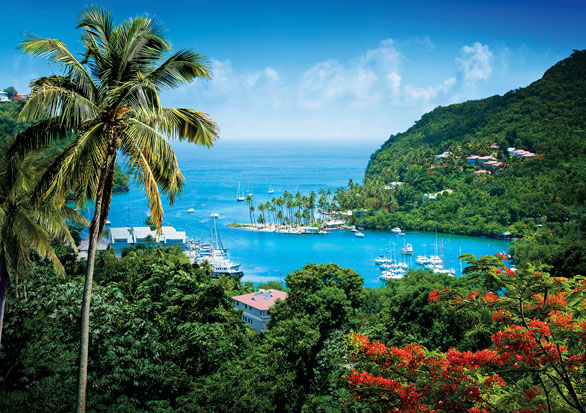 So well-known as a Hurricane hole, even one of the restaurants at the Marigot Bay Resort, Spa and Marina carries this name. To the point, this anchorage on the west coast of the island is surrounded by mountains, which protects it from both tide changes and devastating weather events. Beyond this, St. Lucia’s geographic position has kept it mostly out of storm’s way. As a result, and starting in the fall of 2017, 22 hotels on St. Lucia, including Marigot Bay, have launched a Hurricane Guarantee program. This covers cancellations made before arrival and if a holiday is cut short because of a hurricane. Good news if you plan to stay ashore. 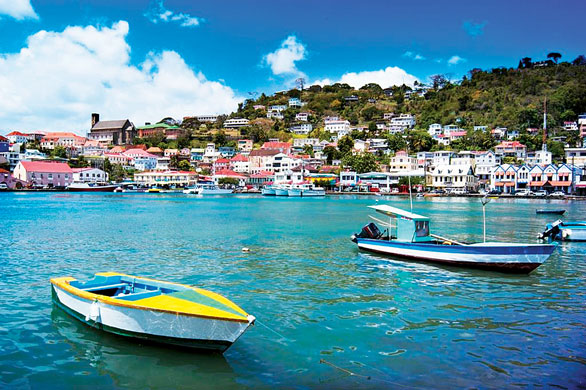 Long thought to be below the hurricane belt, half of the boats anchored or moored in this lagoon here were damaged or sank in 2004’s Hurricane Ivan, a once in a half-century storm. There are several bays on the south side of the island that can offer some storm protection. Yet, St. George’s is the nation’s most important harbor. It’s the site of the Port Louis Marina, which like many of the Caribbean’s marinas and boatyards has a much more modern hurricane plan in place than the old days of simply tying up in the mangroves.