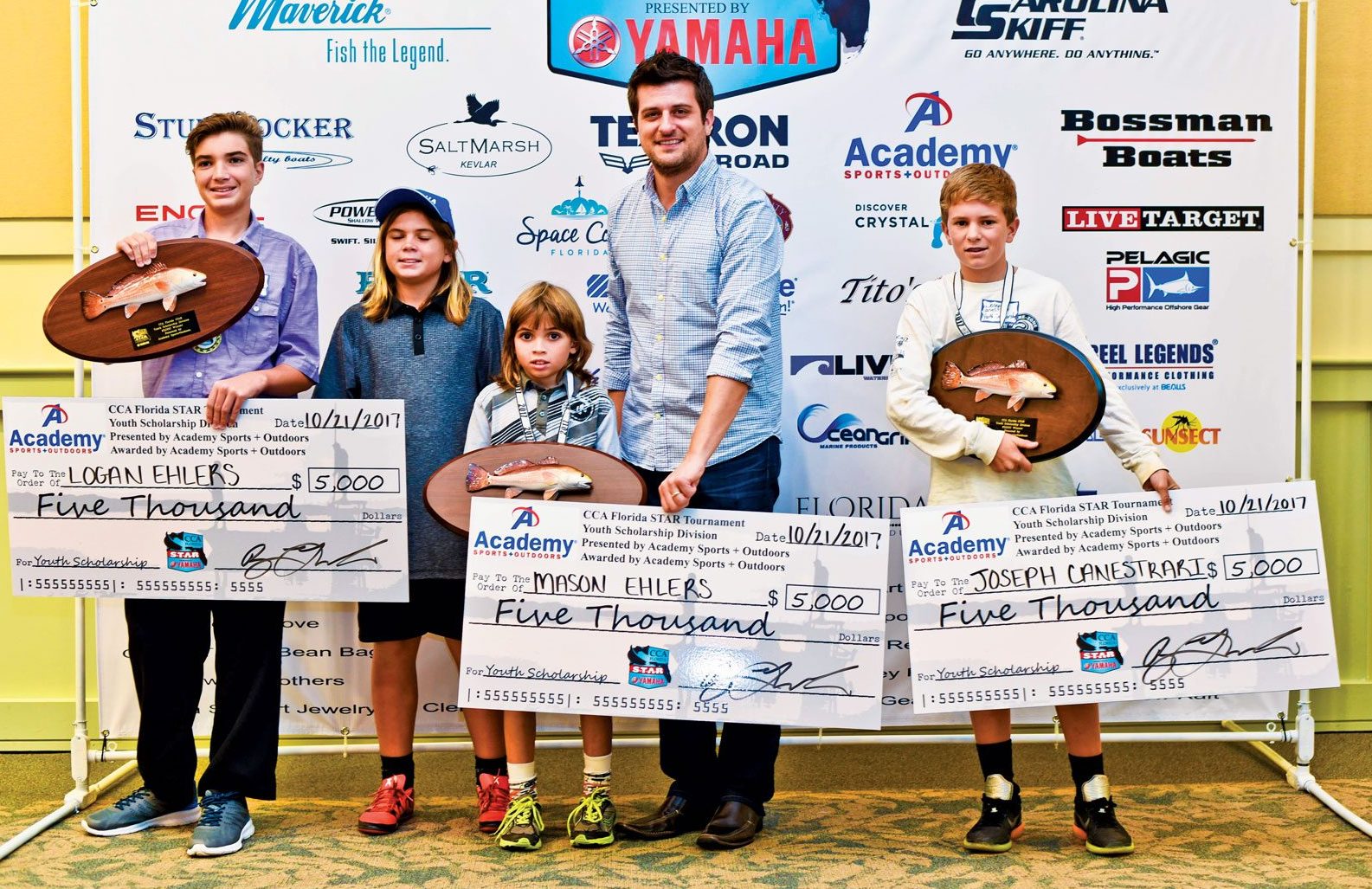 Conservation of one of Florida’s most popular marine resources, namely fish, is the main objective of the Coastal Conservation Association (CCA) of Florida’s annual State-wide Tournament & Anglers Rodeo (STAR), presented by Yamaha. The 2017 event concluded with CCA Florida and its partners awarding over $300,000 in prizes and scholarships to anglers from across the state and beyond, including new boat, motor and trailer packages, scholarships and more.

“We understand that smart fishing will preserve our state’s natural resources and fisheries for the future,” says Brian Gorski, executive director of the Orlando, Florida-headquartered CCA. “The annual STAR event is a fantastic way to provide a fun competition with amazing prizes, protect our fish populations and generate critical data for research in the process.”

Unlike traditional fishing tournaments, this social-media based, catch-photo-release competition, which takes place annually from Memorial to Labor Day with awards presented in October, uses a smartphone app. Registered anglers submit a photo of their catch on a free official measuring device via the app, directly from the boat, dock, or ramp. Once photographed, catches can immediately be released back into their natural habitat.

The 2017 101-day competition was the biggest to date with over 20,000 catch entries from more than 5,800 anglers (including 1,000 young anglers) in 15 divisions. Recognized catches in this competition includes redfish, trout, snook, kingfish and mahi. www.ccaflorida.org