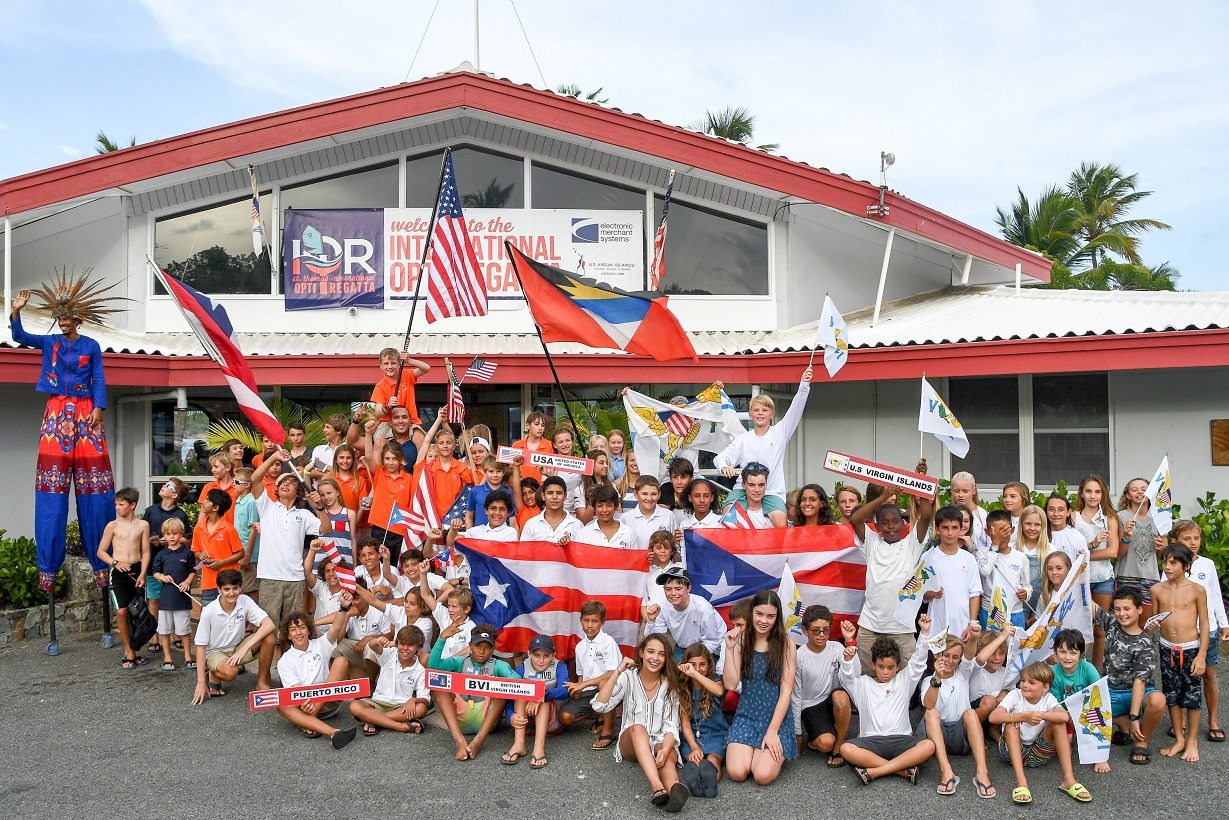 The focus leading up to the 25th annual St Maarten Heineken Regatta might have been on the people and boats who’ve passed into local folklore, but come the start, it was Mother Nature who’d stolen the spotlight. Not even one of Robbie Ferron’s rousing speeches or a last-minute call from Mirian Leffers-Ebbers’ could coax a respectable breeze offshore and day one began with limp flagpoles and telltales disturbingly taciturn.

Nevertheless, a record 261 boats in 19 classes lumbered up to the starting line for Friday’s Round the Island Race, with just 9 knots to fight over. In contrast to 2004’s pic spat between the canting keels Pyewacket and Morning Glory, this year’s Big Boat Series was a more conventional affair. Tom Hill’s Reichel Pugh Titan 12 came back to its familiar stomping ground and used the local knowledge well to secure victory in Spinnaker 1, dueling throughout with Joseph Dockery’s longer Reichel Pugh Carrera, crewed by a collection of former America’s Cup veterans.

The surprise entry, Peter Harrison’s 115′ Farr Sojana, the regatta’s biggest competitor, was left idle as a painted ship upon a painted ocean, edging sluggishly towards last place in the conditions.

With no obvious solution to hand on how to shorten an Around the Island Race, painfully slow progress across the massive Bareboat Classes meant that many arrived at the finish line in Great Bay at dusk with the 5.30pm cruise ship departure steaming through the pack. While most crews accepted the outcome, many voiced frustration at picking up their DNF with the finish tantalizingly in sight.

Saturday’s race was blessed with a couple of extra knots of wind, albeit from an unusual direction, as the fleets headed up the coast to Marigot. A second afternoon race for spinnaker and racing classes through the Anguilla Channel was again scattered with DNF’s, but saw the evolution of the battle between Pat Turner’s Tryst and Richard Woolridge’s Triple Jack in the Multihull class – Tryst again taking the honors. Another ruckus consolidated on day two was in Spinnaker 5. An aggressive starting maneuver by Jamie Dobbs on Lost Horizon sent a clutch of boats over the line early, including his nemesis for the weekend Frits Bus on 2ContactCarib. Bus battled back up the fleet in typical fashion from the restart to take first, but could only notch up second to Dobbs in the afternoon.

Sunday started with just a hint of a breeze from a southwesterly direction and the courses shortened for the return to Simpson Bay. While there was still some serious jostling among the leaders in the majority of classes for overall victory, a distinct carnival atmosphere crept in to those crews with nothing left to play for. Barbecues were spotted in the Bareboat division and out came the Heineken as racing gave way to cruising. One of the highlights of Island 92 FM’s irreverent regatta coverage was a request by one boat for ‘Can’t Find My Way Home’, followed minutes later by ‘Smoke on the Water’!

At the prize giving ceremony, Spinnaker 3’s Lazy Dog, a First 40.7 from Puerto Rico skippered by Sergio Sagramoso was awarded the overall ‘Most Worthy Performance prize’ for victory in a tight class, while Jean-Marie de Wachter’s Bye Bye won the Columbus Cup, the overall Bareboat winner.

If light winds don’t make for a memorable regatta, especially in a Jubilee year, the Heineken’s reputation came out unflustered. A thoroughly unscientific ask-around crews at the closing party failed to find one who threatened never to return again. In fact, the hard part was finding one who hadn’t booked for next year already.