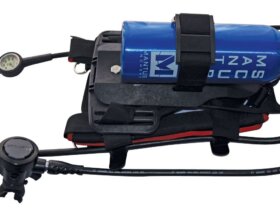 Event organizers will select the location for the event at the last minute based on conditions.

Competitors and participants should call (284) 494-7694 to be told which beach will host the event.

British and US Virgin Islands surfers comprise the majority of the participants in the Red Stripe Surf Series.

Other competitors from the French West Indies and Puerto Rico often fly in to join the events, as do visiting mainland surfers.

“The events are both competitive and fun.We attract all kinds of surfers from beginners to pros.”