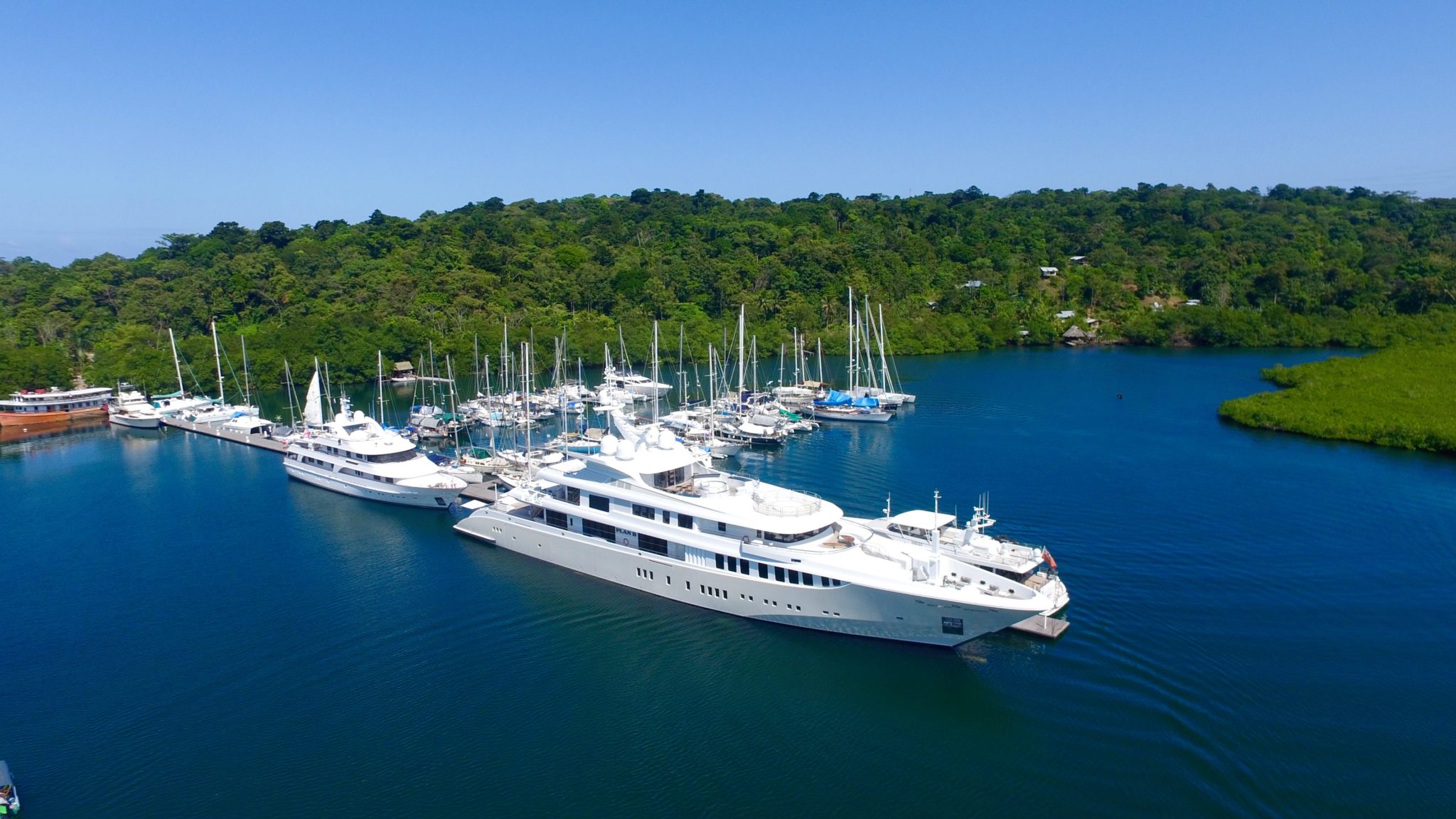 Eight-year-old Tamika Peets dangled her fishing rod’s squid-baited hook in the waters off the docks at St. Thomas’ IGY American Yacht Harbor Marina. Peets could hear the screams of her fellow anglers competing in the Virgin Islands Game Fishing Club’s Kid’s Fishing Tournament as they caught fish, yet the nibbles she received just weren’t turning into bites. Half-way through the morning, tournament director Paul Meyer felt a tug on his shirt. Could he teach her how to fish, Peets asked? No problem! With only two minutes left until lines out and to the cheers of scores of her fellow anglers, Peets reeled in a puffer fish that she proudly brought to the V.I. Department of Planning & Natural Resources (DPNR) Fish & Wildlife-personnel manned scales. “I’d like to go fishing again,” she said with a smile.

Over 200 anglers ages 12 years and under took part in this annual event, designed to introduce kids to the love of sport fishing. Everyone who tried their luck wasn’t disappointed.

“I was reeling my line in so I could re-cast it and saw that I had already caught a fish,” explains 11-year-old Kamryn Redlin, who hooked the first of many puffer fish.

Ten-year-old Omari Challenger caught two puffer fish, one right after the other. “My Dad taught me how to wind the line in. It was pretty exciting.”

Fish weren’t the only marine life that made it to the scales.

“I caught a crab,” says ten-year-old Jnicia Rubaine. “It grabbed at my bait and I reeled it in. They showed me that

it was a female and had eggs, so I threw it back in the water.”

Puffer fish, snapper, grunt, barracuda, blennies and a couple of crabs were among the day’s catch. Junior anglers practiced conservation by keeping their fish in a bucket of seawater until weighed and then released their catch back into the sea.

“The bay here in Red Hook is a mangrove lagoon which serves as a nursery for reef fish,” explains Roy Pemberton, Jr., director of the DPNRs Division of Fish & Wildlife. “Most of what was caught were juvenile, but we had some adult fish too.”

There was no problem generating excitement for the tournament, says Jackie Brown, unit director of the St. Thomas Boys & Girls Club, who brought 30 young anglers. “I told the children to meet at 7am and everybody was there before me this morning.”

The overwhelming success of the tournament played out over the young faces as they ate pizza and drank cold drinks. Even though not all participants reeled in a fish, or won a prize, everyone did catch a day full of fun.

“We had kids who had never touched a fishing rod before and those who regularly go fishing,” says Meyer. “It was a really great day!”

The first 200 kids to register received free entry, which included a T-shirt, back pack, rod and reel, and pizza for lunch. Prizes included tackle boxes, boogie boards, paddleball sets, gift certificates, cash and much more, awarded in two age groups: Up to six years and seven to twelve years.